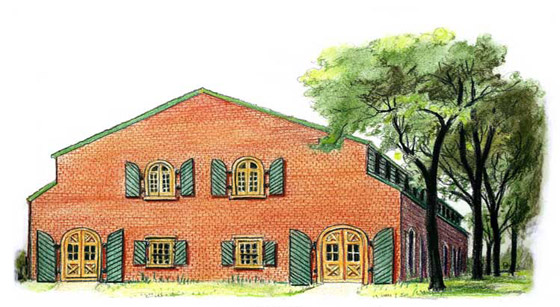 For nearly eight years, Scott Witter has campaigned for the preservation and landmarking of Admiral’s Row, the once prestigious strip of pre-Civil War-era brick brownstones along the Flushing Avenue side of the Brooklyn Navy Yard.

Now, the dilapidated houses, marred by crumbling walls, cracked brick-face facades and gutted of original mantle pieces and other interior items by looters, await execution via the city’s wrecking ball.

“I’ve witnessed the demise of Admiral’s Row,” Witter said. “And I have been outraged by it.”

While the community activist advocates for preservation rather than demolition, the city has moved forward with plans to partially raze the Row and build a 65,000-square-foot ShopRite grocery store.  The gigantic marketplace will also house 155,000 square feet of new commercial and industrial space.

But, the forward march of development may be halted by the combination of one rickety roof and a winter’s worth of heavy snows.

Currently the National Guard Bureau owns the Row and is in the process of selling the land to the Brooklyn Navy Yard Development Corporation, New York City’s management firm for the former Navy post. The deal is contingent upon the preservation of two structures on the site: the Flushing Avenue Timber Shed, a building from the 1830s that once stored ship mast heads;  and a former residence, now called  “Building B,” located nearby.

Both buildings, according to officials close to the sale, were singled out by the National Guard Bureau as important prerequisites for the deal’s success.

“A year ago, the NGB made it clear that any disposition of the site would require the rehabilitation of Building B and the Timber Shed,” BNYDC President Andrew Kimball told Brooklyn Based via email.  “An enormous amount of time and resources have been expended in anticipation of the site being redeveloped assuming incorporation of a rehabilitated timber shed.”

He added, “[But] if the Federal National Guard Bureau allows the Timber Shed to collapse, it could require an extensive delay to the disposition process and intolerable addition costs to the BNYDC and our development partner.”

The BNYDC expects to complete the transaction by this summer. But, nature is working against a seamless transfer–the Timber Shed’s roof partially collapsed last winter, and although it somehow made it out of last week’s blizzard relatively unscathed, another heavy snowstorm could be the end of the structure and all plans for the Timber Shed’s overhaul.

And if the deal fails, Kimball noted, “There is no other possible site for the supermarket in the Navy Yard.”

Witter said he wants to preserve, not just the Timber Shed and Building B, but all of Admiral’s Row. And while he sees the value of a supermarket in the area, he said city officials should not forsake preservation for development. 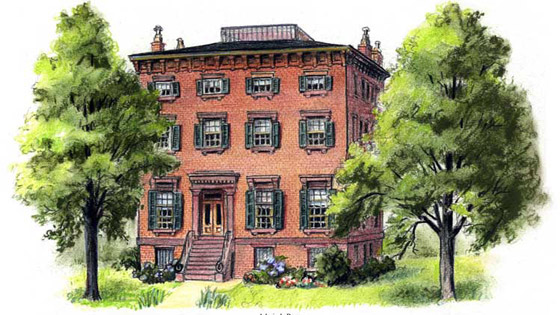 “I think that the mayor is losing out on a very lucrative opportunity for City of New York and Brooklyn by not renovating and restoring Admirals Row,” he said.  “It would mean the creation of many new jobs within the construction industry, which can all be allocated as local jobs, or as much as the political machinery will allow.”

The Brooklyn Navy Yard, decommissioned in 1966, served as the United States Navy’s main shipyard production hub during World War II.  The military institution reserved Admiral’s Row as residences for the base’s top officers who managed personnel and governed the everyday manufacturing process.  Historians believe upwards of 70,000 people were employed building battleships and other Naval-related items at the Yard’s peak.

Witter, who coincidentally moved to Brooklyn in 1966 to pursue an architectural degree at Pratt Institute, has used a variety of tactics to raise awareness of the poor condition of the Flushing Avenue walkups.

In 2005, he affixed a block-long message in blazing blue masking tape letters to the muted red brick wall lining part of the Row, using phrases like “Admiral’s Row, Not Death Row” in effort to bring awareness to its restoration. Navy Yard officials tore down the messages nine months into the process, forcing Witter to move them to the brick-facade of 102 Steuben Street, the second location of his self-created museum, B.O.M.B. or “Brooklyn’s Other Museum of Brooklyn.”

Kimball said he believes that the two buildings in question are salvageable but noted only they, and not the rest of the historic Row, will be renovated.  “The Timber Shed can be stabilized to prevent further deterioration and be fully rehabilitated once the property is acquired from the federal government,” he said.

Witter though remains firmly of the opinion that thorough restoration must supersede any reallocation of the Row’s hallowed grounds.   “It’s an absurd concept to tear down a intact compound that has a history that goes back to 1801,” Witter said.  “They should be studying ways of preserving it and use that to figure out how to have commercial development on a landmarked site.”

Leave a Reply to Rozallen