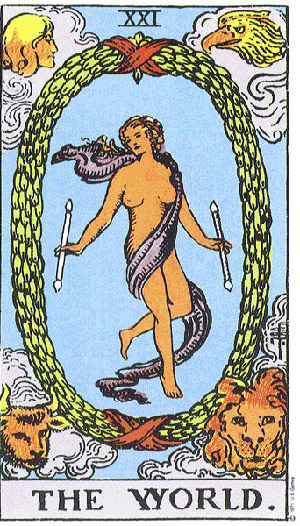 What’s going to happen in 2011? Will Brooklyn secede from New York and become its own city? Will construction workers find treasure buried under the Atlantic Yards project? Will Coney Island break off into the Atlantic and become an off-shore casino with a carnival theme?

We consulted two Brooklyn-based psychics, Herb Hernandez of Clinton Hill and Christina Ambrosino of Carroll Gardens to get some predictions for 2011. The overall takeaway? Brooklyn is poised to step into a newer, bigger identity, but can only achieve its full potential through community and teamwork. Herb mentioned that the year has gotten off to a bit of a rocky start and that many of us may still be, “shedding karma from 2010.” So if your New Year’s resolutions and clean slates are feeling muddied, worry not. It’s just a rough transition this year.

Herb, who has been doing tarot and astrological readings since the early 80s, read Brooklyn’s cards for us. He picked a general card for the year, to understand the overall tone of 2011, and then picked cards for education, small business and positive changes. His cards of the day are available on his Facebook group, Psychic Herb. His commentary follows the cards.

This is good, it shows that Brooklyn is taking its place, becoming more at the center of things. The World is about completion, about reaching a certain place of recognition.

There’s some give and take here, some extremes. It means that businesses will either go zoom, or go down the toilet–they face certain realities. They have to take all they have and make a go of it–or not. It’s also about seeing opportunities, becoming educated about opportunities.

The Tower represents an old system, physically and philosophically. The 10 of Cups is about happiness and fulfillment and The Sun is ruled by Apollo, a symbol of the arts and sciences. A resurgence is possible, especially through a coming together in groups, but it requires going back to the foundation, and a breakdown of the old system first.

These cards represent accepting previous failures to learn and now a joining together to build. This has been one of the more difficult times in recent history and now we need help from one another to do what we used to do on our own. 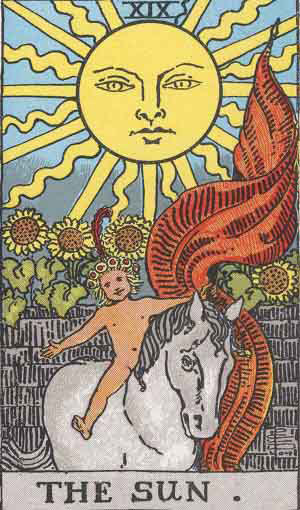 Christina gave us a general reading for Brooklyn for the year ahead and saw a new start for halted construction projects and again, that sense of community continuing to build here in Brooklyn.

What do you see on the horizon for Brooklyn in 2011?
What I see in store for Brooklyn in the year to come is consistent with what has been happening in the past few years. Since the recession, people have been finding themselves in the midst of upheaval, change and growth–welcomed or not! People who are restructuring their lives are coming to Brooklyn from other boroughs as well as other cities and states. I have many clients who have decided of late, that they want more of a sense of community, culture and peace, so they look to create that in their lives.

Do we have any major surprises in store for us?

I see the slow progress of building up certain areas…Fort Greene and Williamsburg to name a few. The borough in general will continue the halted projects that were delayed. Real estate projects will resume building.

What was the biggest surprise for you in 2010?

The sense of community and humanity I have seen in the midst of change and crisis. Neighbors helping neighbors, friends lending a hand–bringing out the very best of people’s hearts, filled with compassion and understanding.

Here at Brooklyn Based we’d like to predict that 2011 will be our biggest and best year yet, and the same for the borough as a whole. Now, let’s clear our karma and move fully into 2011: Year of the Awesome Power of Brooklyn.