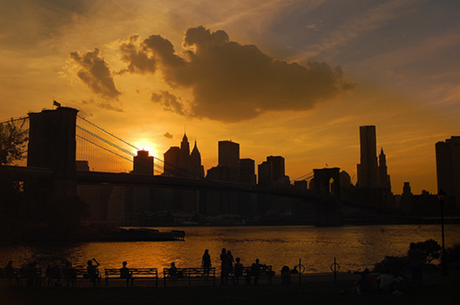 Hello, good people of Brooklyn. I’ve been your neighbor over here in a 90-year-old rent-stabilized 2-bedroom apartment at the edge of Downtown Brooklyn and Boerum Hill since January 2001. The rent was still in the triple digits when I signed that lease. But here’s where my story becomes more than someone who has maybe held on to the same crumbling rent-stabilized apartment for too long: I moved far away from Brooklyn for nearly three years, to a state called Louisiana, and not even to the one city in the state where many New Yorkers would love to live or to visit for extended periods, but instead 70 miles north to the capital city of Baton Rouge. This location was less than ideal, but living there imparted new insight on our borough and the people here.

When I refer to My Time Away, it sounds like maybe I was really “relaxing” in a sanitarium or maybe I’m a young woman from olden times who got in trouble and then went to stay with a relative out of town for about nine months. Neither scenario was the case, but it turns out that by leaving I took care of some problems I didn’t even know I had.

One problem I did acknowledge when departing in 2007 was that I’d grown weary of our shared borough, although I didn’t yet realize the extent of the problem. I had what I would now term New York Disease, which is when you are a jerk who knows about anything worth knowing and you’re just over it (“it” being everything). As with certain mental illnesses, many sufferers of NYD are not even aware they’re diseased.

I returned very eagerly half a year ago to a slightly different Brooklyn. Most obvious were the cosmetic differences. We now have a Trader Joe’s, and in my absence all local bars, bands, and graphic design came to a consensus to share the look of Trader Joe’s branding, which is that quaint and curlicued woodcut flavor evoking Victorian taxidermy tymes with a handlebar moustache and monocle and bustle and owl and so on. (Has this look trickled down to Hot Topic yet? I’m curious how that will shake out among the mall youth. Perhaps a pocket watch kept on a ball-bearing wallet chain.) 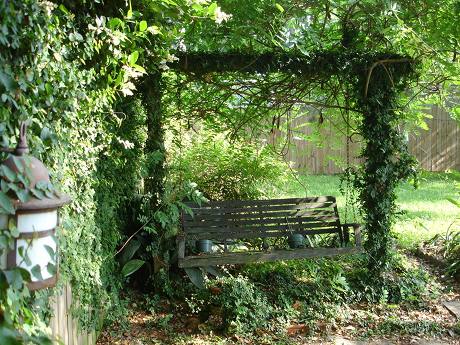 I was also faced with how I’d changed. I now wanted nice things at which I’d previously scoffed. After living three years in a house with a lush subtropical backyard (see above), my familiar fourth-floor walk-up and humble fire escape garden no longer really cut it. I’m sizing up brownstones I previously dismissed as filled with rich jerks, I want really well-made clothes, well-made everything (this is an oncoming obsession, I see the signs now! More on this later). I even want more from my food than when I lived here before, when my diet was usually soy masquerading as meat. (More on that later, too.)

I’ve lived here as an unhappy single, and a happy single, but never as a married till now. Here, I once was sure I was heading toward a cat lady future, but I returned with more dogs than anticipated (two, which is at least one too many for the living space). While I was gone, some of my friends had fled the crashed economy, some moved on with no need for me anymore, and some were never friends to begin with. Socially, I left in the time of MySpace (where I’d met my groom), and I left behind a very active social life. I returned with 600-some-odd Facebook friends, but with significantly fewer true social invites.

At nearly 37 years of age, I still feel it’s not time to have kids, though my Facebook status feed, where thumbnails of my friends are steadily replaced with thumbnails of baby heads, insists more every day that I’m getting a little old to not have them. (Not a good reason to create new humans. We’ll get to that later, too.)

Before, Brooklyn allowed me to remain in that nebulous, post-college limbo of semi-adulthood indefinitely, where you’re kind of in the real world but still have a crummy apartment and are living with roommates well into your 30s and most of your money goes to rent, food, and booze. Maybe I shouldn’t say it “allows” this. When you work low-to-almost-no-paying publishing gigs like I did from 2001-2007, and for others who are underpaid, there isn’t much choice. For far too long, most outfits I wore were cobbled together from thrift-store finds, gifts, and odd freebies acquired while working magazine jobs (mostly underwear with slutty screen-printed sayings).

But the point is, it’s kind of a womb. Time can get away from you until you leave this Shangri-La and realize most other people your age own homes and have offspring and real furniture and motor vehicles, and there’s none of that energy and feeling that so much is yet to come.

So basically what I’m getting at here is a column. What I’d like to offer you is me, as I readjust to Brooklyn life. Here is my Brooklyn experience, as both someone who has known it for a decade and as someone who just returned from a corner of real America, a place that didn’t matter to me before My Time Away.

The New York Observer’s coining of the term BroBos last year got trounced, but something in it rang true: where the one gal said she rarely goes to Manhattan except for work. If my job was in Brooklyn, I’d hardly ever venture across the river. I can use up a whole weekend without meaning to, just going from brunch to errands and picking up Gruyere and kombucha at the farmer’s market and feeling like a walking stereotype, but also feeling like I’m getting away with something. I walk around my evolving neighborhood in wonder, after living somewhere else that was so much less me. I can now walk to Trader Joe’s, walk to a screening of Some Like it Hot at Pier 6 backed up by the lower Manhattan skyline, or walk to watch a midnight horror movie with a rowdy crowd at Court Street, walk to see TV-famous comedians or NPR-famous writers and storytellers do their thing, walk to any number of bars and Michelin-starred restaurants, and gaze at marvelous but dearly priced dresses and shoes in “shoppe” windows. Why would I ever leave again, aside from the reality that if I want to own a place here I’d pay what would elsewhere command a lovely old farmhouse with land and a stream. Aside from that.

Brooklyn has its critics, many who don’t live here and who are aiming at certain hipsters (and then, ok, rightly so). But in my version of Brooklyn 2.0, I feel lucky every day. To quote the old movie, sometimes it really is a wonderful life. Such positive sentences uttered publicly in these oft-cynical parts are an open invite to derision, and I have at least one friend with a bad case of NYD who would hemorrhage just to read them. Then again, maybe you feel lucky too. A couple of times a month, let’s discuss.

Colleen Kane is a writer and hosts the reading series Show and Tell, which happens one special Monday each month at Union Hall. The next installment is Jan. 17.