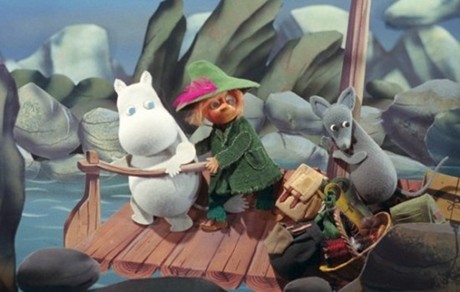 We’ve scoured our inbox and local listservs for events to pencil in this coming month:

SUPPORT
Mindful Moms: Two therapist moms have begun a professionally led moms group in Cobble Hill, where new mamas can “discuss strategies for taking care of yourself, your relationship, and baby”–and practice getting out of the house on time. Six sessions are $120, visit the site for more details.

SALE
Gently Used: The Commons Brooklyn on Atlantic Ave. is hosting a resale event for baby, kids (up to 7Y) and maternity clothes on Thursday and Friday, Feb. 16 and 17, from 10 to 6, and Sunday, Feb. 19 from 10 to 5. If you’d like to unload whatever you’re holding on to–barely worn baby shoes, toddler coats, who knows–and keep 50% of the resale price, email audeny04@yahoo.com to arrange a drop off time before Feb. 15 for your shoes and clothes, which have to be lightly-used, washed and in good condition. They’ll take all brands, but are seeking Ralph Lauren, Crew CUts, Petit Bateau, Jacadi, Catimini, Bonpoint, Clayeux, Oilily, Gap, Oshkosh, Gymboree, Guess, and Boden, plus jeans, wool and cashmere.

MUSIC
Itty Biddies: If you wanted to check out the now sold-out PS 321 benefit with Dan Zanes, you should pencil in Feb. 6. Saskia Lane, who plays stand-up bass with Zanes, has a new band with her Lascivious Biddies bandmates called the Itty Biddies. They’re debuting new kids pop songs and will mix in a few Smiths and Toto covers for the parents at the Abrons Art Center at 3pm–plenty of time to get back home for the Superbowl (or not). Yes it’s outside of Brooklyn, but it’s downtown, and it’s free.

Tell the Way: The Brooklyn Youth Chorus–a renowned group of vocalists ages 11 to 18 who perform with orchestras worldwide and with rockers like Lou Reed–co-present this collaborative piece at St. Ann’s Warehouse by composer Nico Muhly. He’s invited guitarist Bryce Dessner from The National, folk musician Sam Amidon (who’ll play the banjo and fiddle), and experimental pop artist Bishi (on the sitar), to perform three collaborative works that draw inspiration from tales of travel. In each piece, the string, percussion, piano, and flute players of the American Contemporary Music Ensemble (ACME) augment the voices of the Brooklyn Youth Chorus. Tickets are $35, shows are Feb.10-12.

FILM
BAMKids: The 13th Annual BAMKids Film Festival returns next weekend, Feb. 5 & 6, with 66 films including shorts programs for ages 2 and up, features and all-ages live performances at noon and 2 at BAMcafé, both days. The shorts range from animal-filled, animated films to those with actors (like Elle Fanning) reading the subtitles or narrating. The feature films, both animated and live action, are all NY premieres, including Moomins and the Comet Chase, a celebration of the classic Moomins children’s books, with music by Björk. Screenings are $9 for kids ages 13 and under and $12 for adults; the concerts are $9 per person. The BAM lobby will also be filled with hands-on activities like face-painting and movie-making throughout the weekend.

THEATER
Knuffle Bunny: A Cautionary Musical: The first book in Mo Willems’ iconic children’s book series, Knuffle Bunny, has been adapted into a musical by The Kennedy Center, and the original tale of Trixie’s laundromat mishap is making it debut at NYU’s Skirball Center during five performances, Feb 26-27. Tickets are $15-25.

Treasure Island: Tony-award winning director B.H. Barry (Frankenstein), who pioneered the teaching of stage combat in U.S. drama programs, is staging the Robert Louis Stevenson classic about swashbuckling pirates at Fort Greene’s Irondale Center. The show is suited for every Jack Sparrow fan age 8 and up. Tickets are $20-$45.