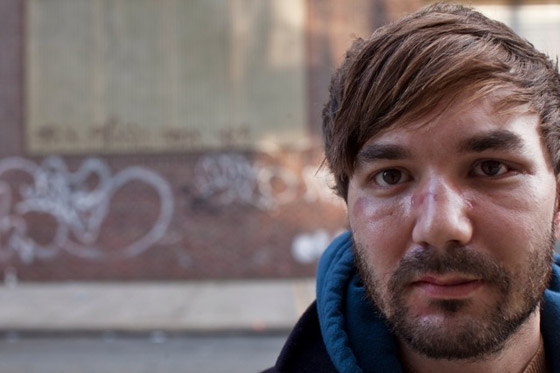 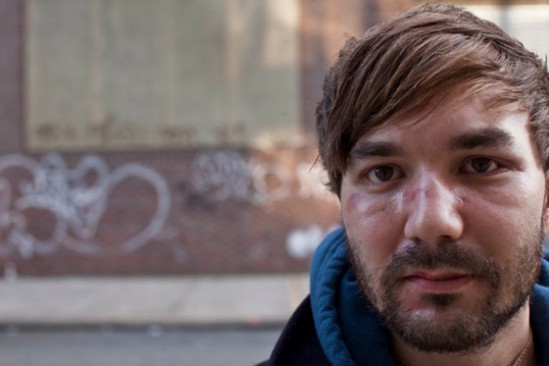 Barie Shortell had never been gay bashed before February 22. Sure, he’d been called names while walking down the street with another man and didn’t exactly relish his high school experience as a gay teenager. But he’d never been physically threatened because of who he is.

That night he was walking from the Bedford stop on the L train toward his apartment on Kent and North 4th Street in Williamsburg, around 11pm. On North 4th, almost to Wythe, almost home, he passed a group of teenage boys walking in the opposite direction, back toward Bedford. Nothing about them set off any warning signals. As he walked by the group, he heard one of them exclaim, “What the fuck dude, is that a guy or a girl?” Even then, he didn’t feel any fear. “It reminded me of something someone would have said in high school before they learned how to really offend someone,” Shortell said.

What happened next remains unclear. Shortell, 29, ended up on the ground in a haze, his chin fractured in two places, his nose in four, with more fractures around his eye sockets and to his cheekbones. “I remember someone grabbing me and spinning me around, and then I don’t remember what happened,” he said.

The result was four days in Woodhull Hospital and 10 hours of surgery. Nearly a month later, Shortell’s face is still swollen and bruised in places, and he has to wear a temporary set of braces on his teeth, connected by rubber bands, to hold his jaw in place as it heals–a slightly less extreme version of having his jaw wired shut. He has permanent metal plates holding together the bone structure of his face in two places. Dealing with all the paperwork involved with his medical treatment, going to two to three doctor’s appointments a week, talking to the detectives working on his case and trying to find resources to help pay for his medical bills, as he has no health insurance, has become a full-time job. He has taken a leave of absence from work and moved out of his apartment in Williamsburg to stay with a friend in Park Slope.

This story has been spreading around Brooklyn by word of mouth ever since it took place. City Councilman Stephen Levin has reached out to Shortell, as has City Council Speaker Christine Quinn. [Full Disclosure: I know Barie–he is the good friend of good friends, which is how I first learned of it.] Shortell has been working with the the Anti-Violence Project, an advocacy group for the victims of hate crimes. And his friends and family have come together to raise funds for his mounting medical bills, starting with The Gay Bash next Wednesday at Blackout Bar in Greenpoint.

The case was transferred from the 94th Precinct to the NYPD’s Hate Crimes Task Force, and Sergeant Carlos Nieves from the Office of the Deputy Commissioner, Public Information confirmed that the felony assault is being considered as a possible hate crime. The investigation is ongoing, and there have not yet been any arrests, police said. Crimes that are determined to be hate crimes, or bias motivated crimes, carry stiffer penalties, but prosecutors have to prove that the victim was attacked because of their race, religion, gender, ethnicity or sexual identity. Even if he wasn’t gay, and was attacked because of the perception that he was gay, the hate crime law could still apply. 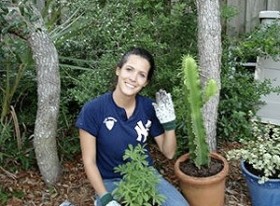 If all of this shakes your faith in humanity, there’s another part of the story that may restore it. Another character, really. Jessica Quarles, 30, was walking from Spike Hill Tavern to a friend’s photo studio on North 3rd and Wythe that night when a group of teenagers ran by her. “In New York when a group of people are running, something bad is usually happening,” she said. Her suspicions grew when she heard the one boy who was on her side of the street say, “Oh shit, he’s getting up.” That’s when she saw Shortell, on his hands in knees on the sidewalk, struggling to get to his feet. She went over to him, and asked if she could help him in any way. “When he looked up at me his whole face was bleeding and he said, ‘Is it bad, can you tell?'” Quarles said.

“Not to sound really cheesy, but in that moment she was like an angel,” said Shortell. “She was beautiful and soft spoken and kind, and totally, totally calm, and just kept telling me that I would be okay.” Quarles, who is a musical theater actor and lives near the Lorimer stop in Williamsburg, called 911 and then took Shortell to her friend’s photo studio so that they could warm up. She says that the NYPD and EMTs were on the scene within minutes. She has since visited him in the hospital and spoken with and revisited the scene of the crime with detectives from the Hate Crimes Task Force. “I’m just glad it was me that came upon that situation,” said Quarles. “I just keep thinking, ‘What if he’d been alone?'”

Neither Shortell nor Quarles got a good look at the group of boys who attacked him, and the police haven’t been able to identify any suspects in the case. The lack of closure has been difficult. “I would like them to be held fully accountable, but that scares me too,” Shortell said. “It’s not like I want them to be fed into a horrible system.” Councilman Levin shares his concerns. “We want to get the word out that the guys who did this are still out there,” he said in a phone interview. “If they were able to get away with it, they’ll probably do it again.” To underscore how urgently the issue of hate crimes needs to be addressed, Levin pointed to an attack that took place in Queens last weekend. Anthony Collao, 18 was beaten to death while his attackers spouted anti-gay epithets; he was not gay, but was at a party hosted by gay friends when the attack occurred. According to the Daily News, one of the attackers was later apprehended after bragging about the event on Facebook. “They could have killed him,” said Levin, speaking of Shortell. “This kid, [Collao] was just beat up. He wasn’t shot and he wasn’t stabbed. And he died. You have to own up to your actions.” Additionally, two teenagers were arrested as suspects in a series of hate crimes against Hasidic Jews, in Williamsburg last December, as The Brooklyn Paper reported at the time. 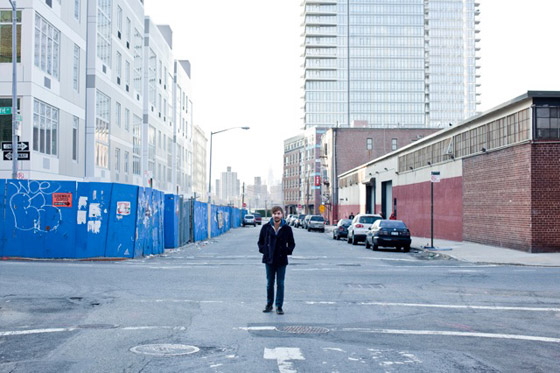 The intersection where the attack took place.

For now, Shortell’s focus is on recovery and on raising public awareness about hate crimes and the horrific impact of violence. “This had changed the course of my life,” he said.

The Gay Bash will be held at Blackout Bar in Greenpoint next Wednesday, March 23. There’s also a website where you can donate to his recovery and to hate crime awareness. In October, the Brooklyn District Attorney’s office established a Hate Crimes Task Force and a 24-hour hotline for victims, 718-250-2759.