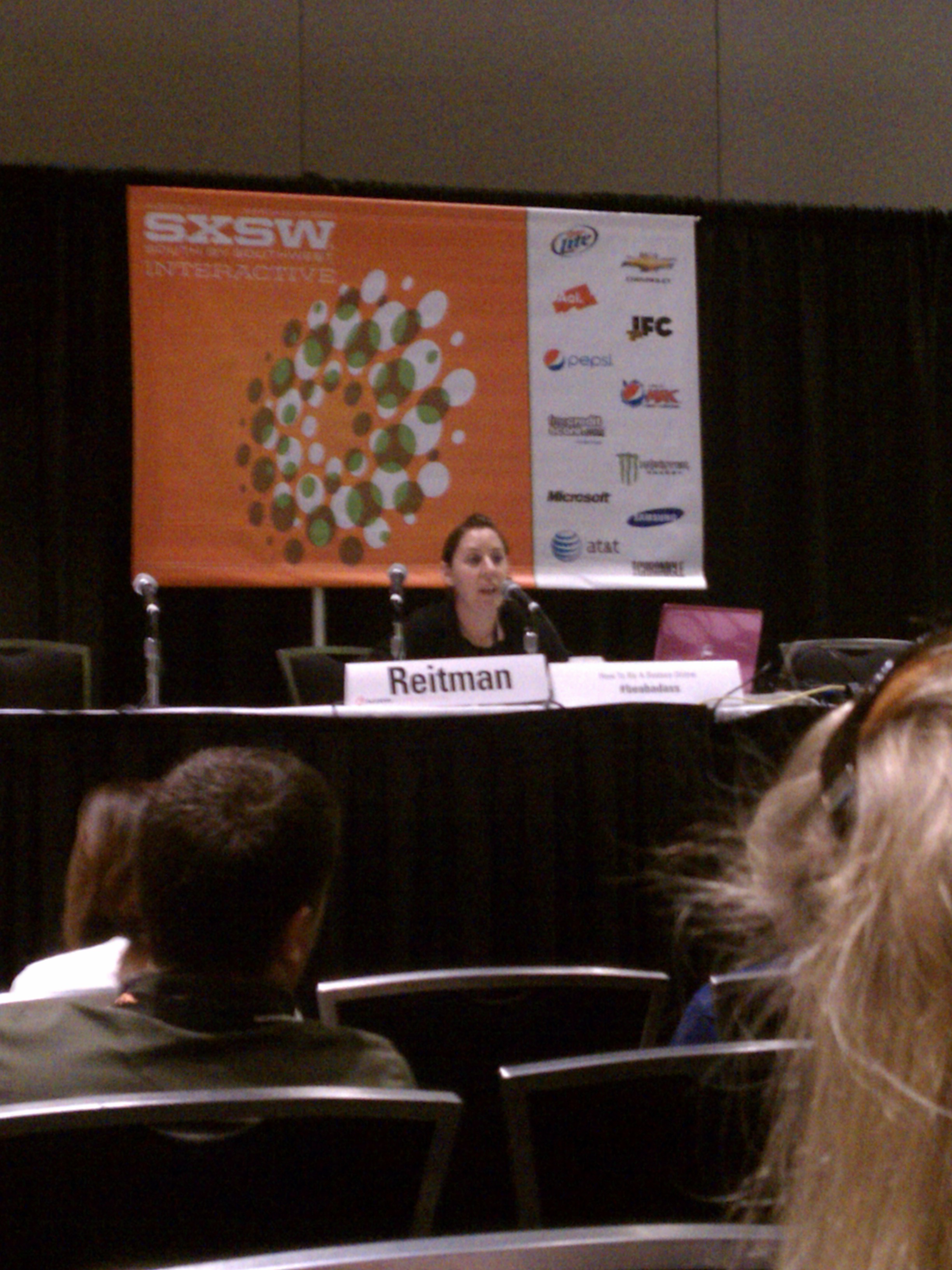 Not all of us were lucky enough to go to Austin this month. So we hit up a friend who did, Erica Reitman of Fucked in Park Slope, to tell us about her week with the geeks. She warned us–it wasn’t pretty.

I got back from Austin at 1 am on Tuesday night, and after a week at SXSW Interactive I’m so friggin tired, my blood actually hurts. 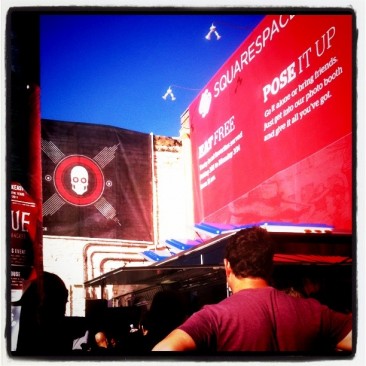 Am I tired from rad, all-night-long parties with newly funded douchey startup CEO’s? NO. Am I tired from sitting in panels all day, taking notes, and networking my ass off? NOPE. I’m so utterly exhuasted because I spent most of SXSW this year working. Le sigh.

Which means this will likely be the most boring SXSW recap you get your hands on. Because, yep: I spent most of my time right here at the Squarespace Food Truck.

Since as we all know, no one makes any money blogging, I actually have a day job. And that day job is Marketing Director at a great web publishing platform called Squarespace. And Squarespace went ALL OUT this year. We got ourselves a corner lot a block away from the convention center, rented a food truck and chose 4 of the hottest Austin street food vendors (Man Bites Dog, Gordough’s, Franklin Bar-B-Que and East Side King) who each served amazing food, 4 days in a row, to 10,000 geeks and freaks at the Interactive Festival. And, it was all free. Yay for free stuff!

Cause after all, free stuff is one of the best things about SXSW. In fact, even just standing on my lil ole street corner, people would walk by and bring me free stuff. You get so much free stuff at SXSW, you almost have to start getting picky about it: yes to the cool Aviary American Apparel t-shirt, no to the scratchy Hanes, new-startup whose name I already forget oversized tee. No to the Pepsi…ENOUGH WITH THE PEPSI.

Every coke machine at the Austin Convention Center was turned around with an “out of order” sign on it. Verrrry clever, Pepsi sponsors. I don’t buy for one hot second that all of my little Coke machines were “out of order” but just so you know: I walked 3 blocks to some convenience store and procured my ass some Diet Coke anyway. And despite the fact that you were giving out your Pepsi stuff for free, I happily paid for many bottles of DC which I carried around with me at all times. You know…just in case.

Because of the aforementioned working all day sitch, I only really made it to two panels this year. One of them was Tim Ferris’s 4-Hour Body panel, during which he told us all about how he turned himself into a human lab rat for 2 years. Disappointingly, kettle bells were not handed out during the talk. I also made it to some blog to book panel that Stephanie Klein spoke at…it was kinda good. 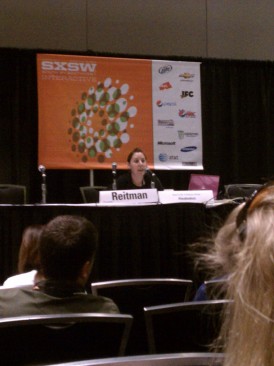 OH, and I spoke too! My talk was titled, “How to Be A Badass Online” and it was part of the Future 15 program. I think they recorded a podcast of it, but if you wanna see my slides (where I share my 7 best tips on how to be a real life badass), you can find em here.

As for all the parties, I was so exhausted by the day’s end every night, I literally did not go to a single one of em. Even on my birthday (which went down during the first weekend)…I headed straight back to my hotel room, ordered a big old burger from room service, and watched bad TV.

The night before we left, my buds at Revision3 took us out to dinner at Uchiko and I had the best sushi I’ve ever had in my life…like it was life changing.

Then after my panel on the 15th, my friend Matt Rodbard, who’s this know-it-all (in a good way) foodie and writer at Metromix took me on an adventure to E. Austin and we had the most amazeballs Migas breakfast of my entire trip at this joint called Cisco’s. We then walked over to some food truck park and I topped it off with a to-die-for ice cream sandwich from Cool Haus.

So yeah: now I’m off to go read Tim Ferris’s book so I can get less fat and maybe also have my blood cleaned.