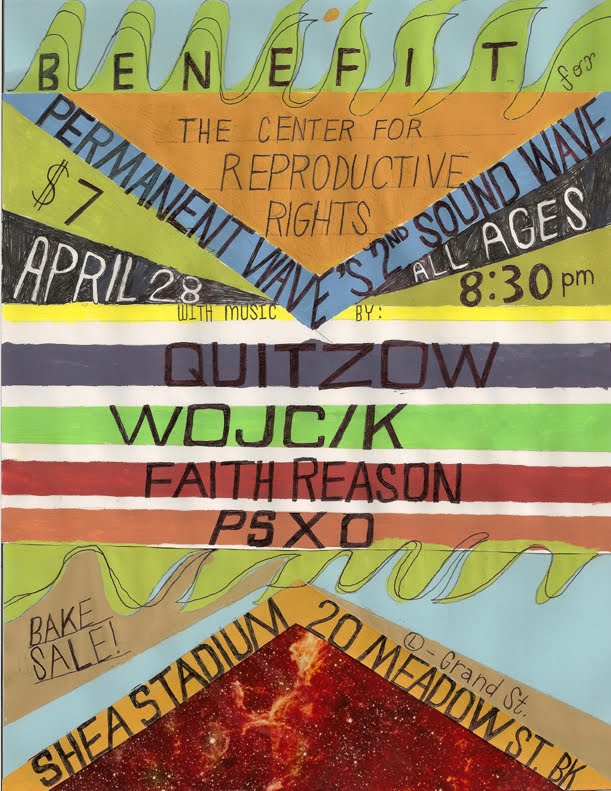 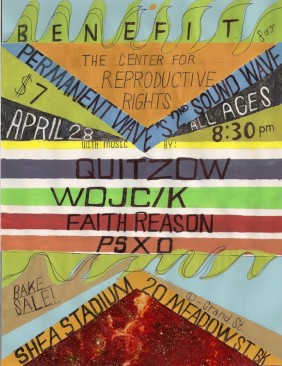 Rock out and help a good cause this Thursday at Shea Stadium at the second concert from feminist collective Permanent Wave. Featuring four feminist musicians — Quitzow, Wojcik, Faith Reason and PS XO — the Sound Wave “Keep Your Laws Off Our Bodies” show benefits the Center for Reproductive Rights.

Permanent Wave is a feminist group started in 2010 by Amy Klein of Titus Andronicus. Inspired by the book “Girls to the Front,” a history of the riot grrrl movement by Sara Marcus, Klein and other like-minded women got together to make some noise about feminist issues like reproductive rights, domestic violence, and “girls being relegated to the merch table,” said group member Heidi Vanderlee.

“Concerts were sort of a natural progression, since a lot of us are musicians and are involved in the media world,” Vanderlee said. Permanent Wave picks groups to benefit that mirror their values, like the Center for Reproductive Rights and, at a concert in Februaury, the Center Against Domestic Violence.

OTHER NOTABLE MUSIC EVENTS THIS WEEK: