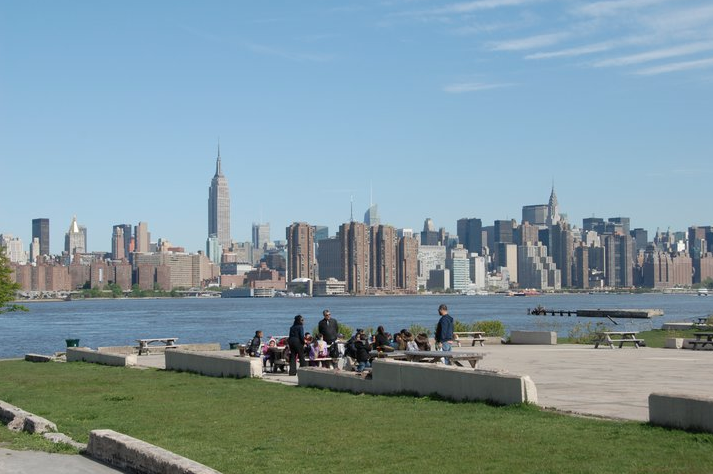 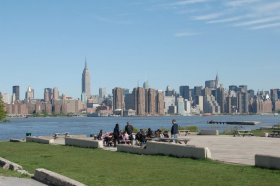 So, there’s been some noise at Community Board 1 meetings lately, from Northside neighbors of the East River State Park. Basically, they’re sick of finding their streets and sidewalks full of trash the morning after a concert at the park. They are not down with your empty packs of American Spirits littering their stoops. (Those aren’t the only complaints, as  the Times recently covered.)

OSA’s solution to neighborhood ire? If you volunteer to clean up after a show for about an hour, you can attend that show for free, or get tickets to another show of your choice. Pretty sweet deal, really.

The shows, which are officially called “The 2011 T-Mobile Williamsburg Waterfront Concert Series” and are organized by the Open Space Alliance for North Brooklyn, get started this weekend with a free performance from Coheed & Cambria with Adrian Belew Power Trio and Tigers Jaw on Saturday.

Here are the details we received from BurnedGreen, a North Brooklyn volunteer organization:

The 2011 T-Mobile Williamsburg Waterfront Concert Series kicks off on Saturday, and the Open Space Alliance for North Brooklyn would like your help in the keeping the neighborhood clean for the entire concert season. In an effort to accomplish this mission, OSA is offering free concert admission to those who help clean up North 6th, 7th, 8th and 9th streets for roughly an hour at the end of shows. Volunteers will be split into four different teams with each team being responsible for picking up trash on its assigned street from Kent Avenue to Bedford Avenue. Volunteers will be supplied with gloves, trash bags and trash grabbers. They are expected to begin picking up trash at 9:45 p.m., which means that they will miss the end of the final act. (Music ends at 10 p.m.) Therefore, prospective volunteers will be given two options. The first option is to attend his or her show(s) of choice and begin picking up trash at 9:45 p.m. that same night. The second option is to volunteer at a concert in exchange for free admission to a subsequent concert. Note: individuals may volunteer at more than one concert.

So, you want to show up to clean at a show you don’t really care about in exchange for tickets to that Death Cab for Cutie or TV on the Radio show you’re hot for.

Here’s the full schedule, per BurnedGreen: