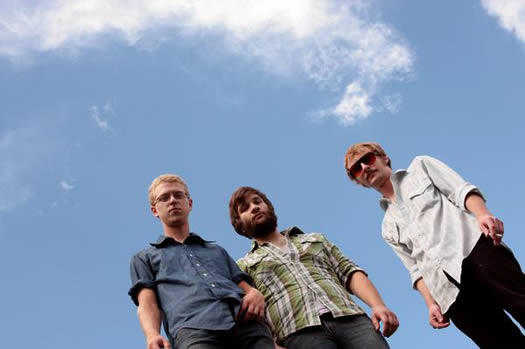 Deer Tick (performing as Deervava), one of many bands the badge-less can still catch at Northside

The Northside Festival starts tomorrow, and there are so many things to see it’s next to impossible to figure out a schedule. With a lot of the bigger-name shows like Beirut and the festival opener Theophilus London being sold out, as well as badges, small shows at various bars around North Brooklyn are going to be the way to go.

There are different ways to approach a festival of course. You might pick a venue and hunker down for the whole night, watching each and every band that plays in that one spot. Or you might hop around from place to place, seeing one act here and one act there until you’re feet are aching and your subway card begs you to stop. Unless you’ve got a badge or are hitting only free shows, the first one can be far easier on the wallet, but the second allows you to see a wider variety of bands over the course of one evening.

If you’re into pop, you should be able to spend Thursday night all on one block and be happy. Over at the Trash Bar you’ll be able to check out The Tablets, Conveyor, Eight Bit Tiger and We Can’t Enjoy Ourselves starting at 9 p.m., plus you can run across the street and see the NYC Popfest showcase at Bruar Falls and see Seapony, The Secret History, Reading Rainbow and Eternal Summers, starting at 8:30.

Music fans into more of a rock thing can check out Dom at Brooklyn Bowl on Friday night for an earlier (6 p.m.) show, then head over to The Charleston for Hardcore Gig #159 and see Agitator, Death First and Origin of M starting at 8 p.m. Or you can keep up the pop theme and hit the Knitting Factory to see Surfer Blood and, in case you missed them at Bruar Falls, Eternal Summers, among other acts, starting at 7 p.m.

Saturday’s biggest show is an all-afternoon affair in McCarren Park. The gates open at 3 p.m., and from 4:00 on you’ll hear The Babies, Surfer Blood, Wavves and Guided By Voices (tickets are still available last we checked). It’s a fairly early show, so if you aren’t too wiped out after there’s a night of rock at Cameo Gallery, or head over to St. Cecilia’s Church at 9 p.m. for a surprise guest, followed by a 9:40 set from The Fiery Furnaces’ Eleanor Friedburger.

Sunday — if you haven’t decided to forsake the entire festival and hop the boat to Punk Island — only has a few afternoon shows at Spike Hill, Cameo Gallery and Shea Stadium, but in the evening you may still be able to get into Brooklyn Bowl to see Deer Tick perform as Deervava. The advance tickets are gone, but there will be a few available at the door. If that’s not your thing, YACHT will be playing a 10:45 set at the Music Hall of Williamsburg, glam-pop act Diamond Rings will be playing Europa with Porcelain Raft and BELL, and there will be a free DJ set from Slashedo all night at Trophy Bar.

Of course, half the fun of a festival like this is finding out about bands you’ve never heard of before. Sometimes staying in one place and watching whoever happens to come on stage or wandering randomly into any bar you hear music coming from can be a great way to go. The fest is a few days long, so you can always try a few different approaches and see what makes for the best time. The full schedule of shows, plus film and art, is up at the Northside Festival website.