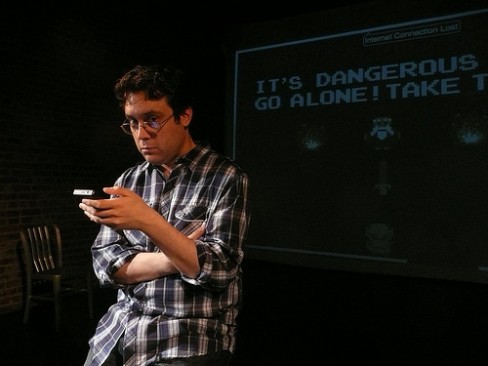 Taking a cue from our crazy world of apps and Androids and angry birds, the Brick Theater in Williamsburg is presenting the third incarnation of a creative nerdfest called Game Play. Throughout July, the small space is playing host to nearly a dozen video-game-inspired performances, most of which are highly interactive. Dweebs will be getting down to the Super Mario Bros. theme at the live “Chiptunes” party, while others will vie for control over the human holographs on stage with the interactive “BrainExplode!”

So who goes to this thing? “Game Play definitely attracts video game nerds and theater audiences in equal measure, depending on the show,” says Michael Gardner, one of the Brick’s founding artistic directors and a Game Play co-producer. “Some of the retro shows have cultural touchstones for former kids of the 80s, but video games have so transcended generations that we’re seeing all sorts of demographics show up.”

After the Brick crew noticed an uptick in tech and video game-related shows in their regular season schedule, they decided to dedicate an entire festival to the blossoming genre in 2009. “Game Play was a hit,” Gardner says, “so we’ve brought it back each year since. Last year, our audience for the festival grew immensely.”

The roster of shows is creative and daring. A prime example is “Mastermind,” (Fri, July 15, 11pm) based on the board game of the same name. Play is administered by a projection of a “game master,” while two players attack and counterattack as if in a chess match. The goal isn’t to decimate the opponent, but rather to create a work of art. But the raddest part is that the stage serves as the chessboard for real-time human holographs.

Delving deeper into interactivity between game and gamer is “BrainExplode!” (ongoing through July 30). Set in 1987, this piece empowers the theater audience to navigate a character named Ray through a live-action adventure game. The challenge: Ray’s brain is wired to explode in 60 minutes. As the virtual hero follows commands, he must tackle futuristic technology, supernatural antagonists and even some psychological demons. Not everyone can join in on the interactivity, so be sure to show up early for this one.

In the autobiographical one-man show “Son of Pong,” (ongoing through July 30), John DeVore wittily divulges the secrets of his video-game-junkie father. “My dad would sit in his underwear in front of our TV in the basement, and play for hours. His addiction started with Pong and continued until his death,” he recalls. “If you told me then that I’d grow up to be like him, I would have barfed.” Along the path to adulthood, however, DeVore began to accept that there’s “something in video games that moves people to want to play.” 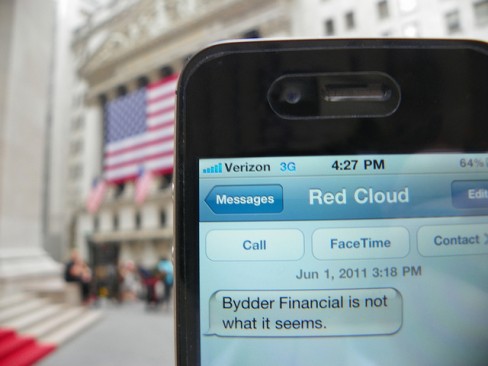 The one festival show that doesn’t take place in Brooklyn is Gyda Arber’s “Red Cloud Rising” (Saturdays & Sundays at 2pm, through July 30). The audience meets in Manhattan’s Financial District, smart phones in hand, ready to be guided through an adventure in alternate reality gaming about the fictitious Bydder Financial. This semi-real tale of corruption unfolds through on-site SMS messages.

Aside from the main stage shows, Game Play is throwing a trio of special events. At the Chiptunes Dance Party (Sat., July 16, 11pm), revelers can do the Poindexter to video game–inspired songs, performed live against projections of the classics from the 80s and 90s. If you’re more of a watcher than a doer, the peep-show “Nerdlesque” (Fri, July 22, 11:30pm) unveils the sexier side of video game culture via burlesque. (Stay after the show for late-night games of strip Mariokart and strip Goldeneye 007.) Rock Band Karaoke Night (Sat, July 30, 11pm) is a benefit party for the Montefiore Children’s Hospital.

“I am very much a real-life geek,” producer Michael Garner admits. Isn’t it about time that you admitted the same?