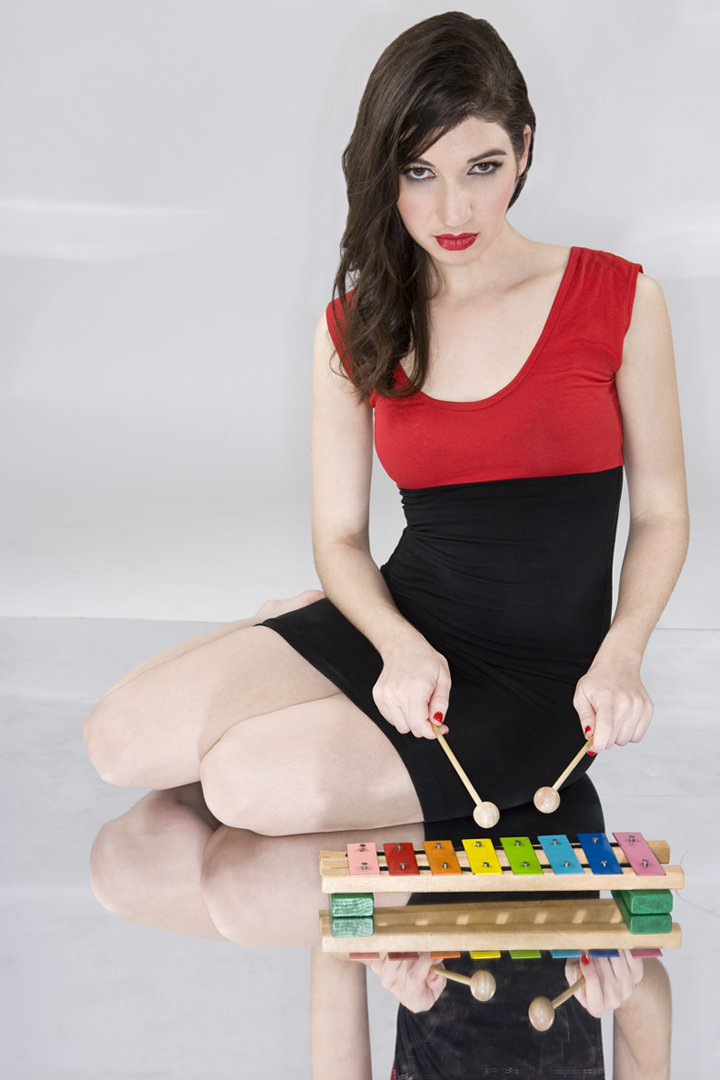 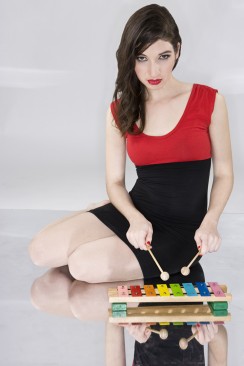 Alyson Greenfield with an xylophone, not a glockenspiel.

Multi-instrumentalist Alyson Greenfield divides her time between organizing the Tinderbox Music Festival, playing energetic live shows and honing her eclectic sound. After releasing three albums on her own, Alyson teamed up Brooklyn label Roc-elle Records for her latest EP.  We met up to chat about the album, Rock Out With Your Glockenspiel Out, on which she reinvents hip-hop and pop songs, using the glockenspiel. Really.

What made you decide to make a covers record?
Originally, I never thought I would do covers, but one night I was walking home from the train and I just started singing “Bad Boys” by Inner Circle. I do that a lot in New York; my steps are like a metronome and they give me the beat, and I try things out. So, I performed “Bad Boys” at Pete’s Candy Store and it went over really well. Once I did that, I started thinking of other songs to cover. I have always liked “Gangsta’s Paradise,” and I tried it on every instrument I have–I have many instruments–and then the glockenspiel came out. I realized that I had a theme there: I’m taking these hip-hop and pop songs, and making them my own sultry, singer-songerwriter-y ballad type of thing.

What was the process of getting permission from the artists like?
It’s pretty easy. There’s a company called Limelight which is really artist-friendly. You just type in the song, and you say how many copies are you making, and how long is your version is.

How long did it take you to make the album?
It took a full year, almost. I recorded it once at a friend’s home. Then I took it to an engineer and we decided that the recording quality wasn’t up to what we wanted, so then I re-recorded it. Then we mixed, mastered, and released it last July.

How did you get into playing the glockenspiel?
I was actually given three glockenspiels, at different times. I started off just playing piano and guitar, but since moving to New York, people have given me drums, glockenspiel, toy piano, melodica … The glockenspiel that I used for “Gangsta’s Paradise” was my friend’s glockenspiel from when she was a little kid.

What direction do you see your music going in the future?
Right now I’m working on a lot of dreamy, synth-y and dance things. So, I’m definitely looking for a bigger sound, maybe a little bit more produced, with lots of synths and strings, and some good percussion.

Catch Alyson and a female-centric line-up of performers at the Tinderbox Music Festival, which she organized, on Saturday, September 10 at Brooklyn Knitting Factory.