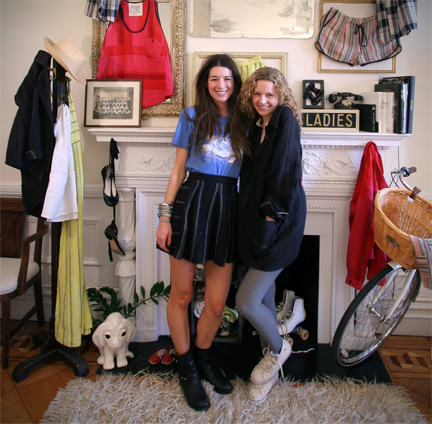 Each month, Terrific Magazine shares an article with BB about a Brooklyn-based designer. For more coverage of independent fashion and culture throughout New York, check out terrificmag.com. 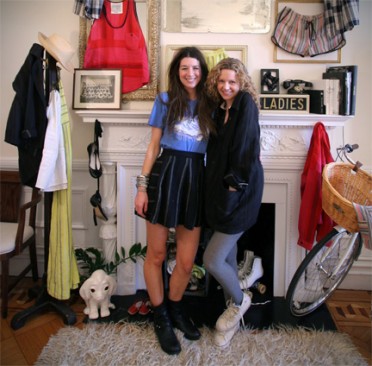 Fall couldn’t be off to a better start for Cary Vaughan and Jenna Wilson. The designers behind textile-obsessed Ace & Jig were recently chosen to debut their Spring 2012 collection at Gen Art’s Spring 2012 fashion week showcase. “[It] will be our first runway foray, and we are so honored, overwhelmed, and very, very excited!” the two answer in a follow-up email to our construction-fraught phone interview earlier in the week.

Jenna and Cary met over ten years ago while working as fashion design interns and have continued collaborating ever since. Following their internships, both landed jobs at Language NYC and then went on to launch LaROK, helping to cultivate the young label into a multi-million dollar venture. In 2007, the designers left their full-time jobs to focus on building their families. But after several years apart, the two friends soon began contemplating the launch of a new line, something that would align their work culture with their lifestyles.

Rather than setting up a studio in Manhattan as they had with LaROK, the two began working out of Jenna’s Victorian home in Ditmas Park. “It really feels like a reprieve from the city, which is a refreshing change from working in the garment center. We also both live in Brooklyn so it’s really nice to do the whole work-create-live thing in one place.” Keeping things close to home, the duo cleverly assembled their children’s initials to form a unique brand name–Ace (Cary’s daughter) and Jig (Jenna’s son).

More than anything, Ace & Jig is grounded in the designers’ shared love of textiles. Cary and Jenna journey to India each season to work with a small team of hand weavers and their ancient looms. “If we could move our families to India, we probably would because it’s so inspiring every time we go.” During these trips, the designers work meticulously to develop their fabrics from scratch. “From picking the yarn–whether it’s a high twist or whatever–to dying that perfect shade, to playing with different textures in the warp and weft, to getting the right hand feel and wash technique. The textile creation process ends up being the most technical and also the most time consuming!” Read more»