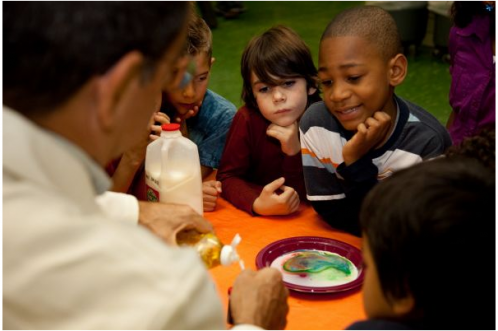 As user-friendly as New York City has become (think 311) the city’s own education site still feels like the Yellow Pages. You can find the address and phone number of your zoned school, but for real insights, Insideschools makes it much easier to navigate the complex system. For nine years the site has posted reviews of the city’s public schools, and while not every review is up to date, they’re comprehensive enough to give you an idea of the leadership and philosophy at each. (Just as handy are the school zone maps of every school, which make it easy to figure out the cutoff blocks.)

And now, thanks to a major revamp of the Insideschools site, and the launch of a new portal from WNYC and The New York Times called SchoolBook, the state of NYC public schools just became more transparent.

Insideschools was founded in September 2002 by Pulitzer-prize winning writer Clara Hemphill, author of a series of guides to the city’s best public elementary, middle and high schools. Pamela Wheaton, a Brooklynite and former PBS producer, reporter and editor, joined Hemphill before its launch, and has been on staff since (she’s currently Managing Editor).

Together they’ve reviewed hundreds of schools, and rely on a team of freelancers and volunteers to help cover all 1700 schools in New York. “But it’s always an uphill battle,” Wheaton says. Schools close, become co-located, and with little funding and a staff of five—two full-time, and three part-time—they can only update 300 schools a year. “The criticism we get most frequently is ‘This school review is not up to date.’ ” Rather than email them to complain, Wheaton asks instead for commenters to help keep the reviews current, or to email with updates. “Send us an email saying, ‘Guess what, this school now has a gym and an after school program.’ ” (They’re always looking for volunteers, too, to help with reviews.)

The ability to translate content into 50 languages, videos, and primers on how to apply for elementary, middle and high schools are among the new changes to the site, which is now housed within the New School. The support they receive from them is limited to collaboration among its journalists and researchers, though; funding comes primarily through the Sloan Foundation and donations.

On the heels of its revamp, however, the New York Times unveiled a similar portal called SchoolBook last week that combines a searchable mine of public school data with posts and articles about NYC schools. The site is a collaboration between WNYC and the paper, and Wheaton was well aware it was coming. “We had several conversations with the editors of SchoolBook before it launched and we see it as a collaboration,” she wrote in an email. In truth, they are complementary—a quick comparison of their how to apply to elementary schools sections (here and here) reveals that you can glean insights from each.

The Times site is slicker and more nimble with data—you can compare test scores and other data like diversity among public schools easily. (It allows you to search for private schools and charters too, but without data on private schools, it’s impossible to compare them.) But Insideschools, as Wheaton pointed out, remains “the only site that actually visits and reviews schools actively.”

On a personal level, all this knowledge paid off. Both her daughters went to the city’s top high schools—one went to Stuyvesant, the other to the “Fame” school, LaGuardia—after starting out at the Brooklyn New School and then attending Manhattan middle schools, the Lab School and the now defunct School for the Physical City. “I have bright kids,” said Wheaton. But equally important, she said, was the fact that she “understood the system…I did a lot of homework and I visited a lot of schools, and I looked for the best fit for them, even though they weren’t the best school on paper.”

It took eight or so school visits to decide on Brooklyn New School, which she chose because she liked its diversity and the fact that parent involvement was welcomed, which is “not that common in all schools.” And even though it’s always been a lottery school, “I find that if you really want to go there, there tend to be openings and you can get on a waiting list.”

Overcrowding was one of the red herrings that didn’t deter Wheaton from sending one of her daughters to the NYC Lab School for Collaborative Studies. After she got accepted, Wheaton got a call from the school warning her that there would be 38 kids per class—might she want to consider other options? “And I said no, she’s going there… and it was great because they had wonderful teachers and they could manage it. I think the physical plant is less important than the teaching.” She doesn’t deny that overcrowding is a problem, but believes that creative teachers can find ways to make up for the lack of space—even the lack of a gym. (She did supplement her daughters’ education with after-school arts and music programs, and readily admits that not everyone can afford to do this.)

The leadership at a school is also crucial. Wheaton recalls taking a tour of her zoned elementary school and being told that “attendance and punctuality” were the two most important hallmarks of their philosophy. For her kids, there was no question they’d be on time and in school every day–but for the majority of the families at that school, those qualities were important.

Serving every child’s needs is “the challenge for many schools, especially in gentrifying neighborhoods,” said Wheaton. “It’s a huge challenge for principals to find that middle ground, and for parents to work together.” Recalling her time as a parent at the Brooklyn New School, she said, “We started in the Red Hook projects, and we had a lot of people who were very low income and not educated themselves, and then you had upper middle class, hyperactive parents. And somehow it worked.”