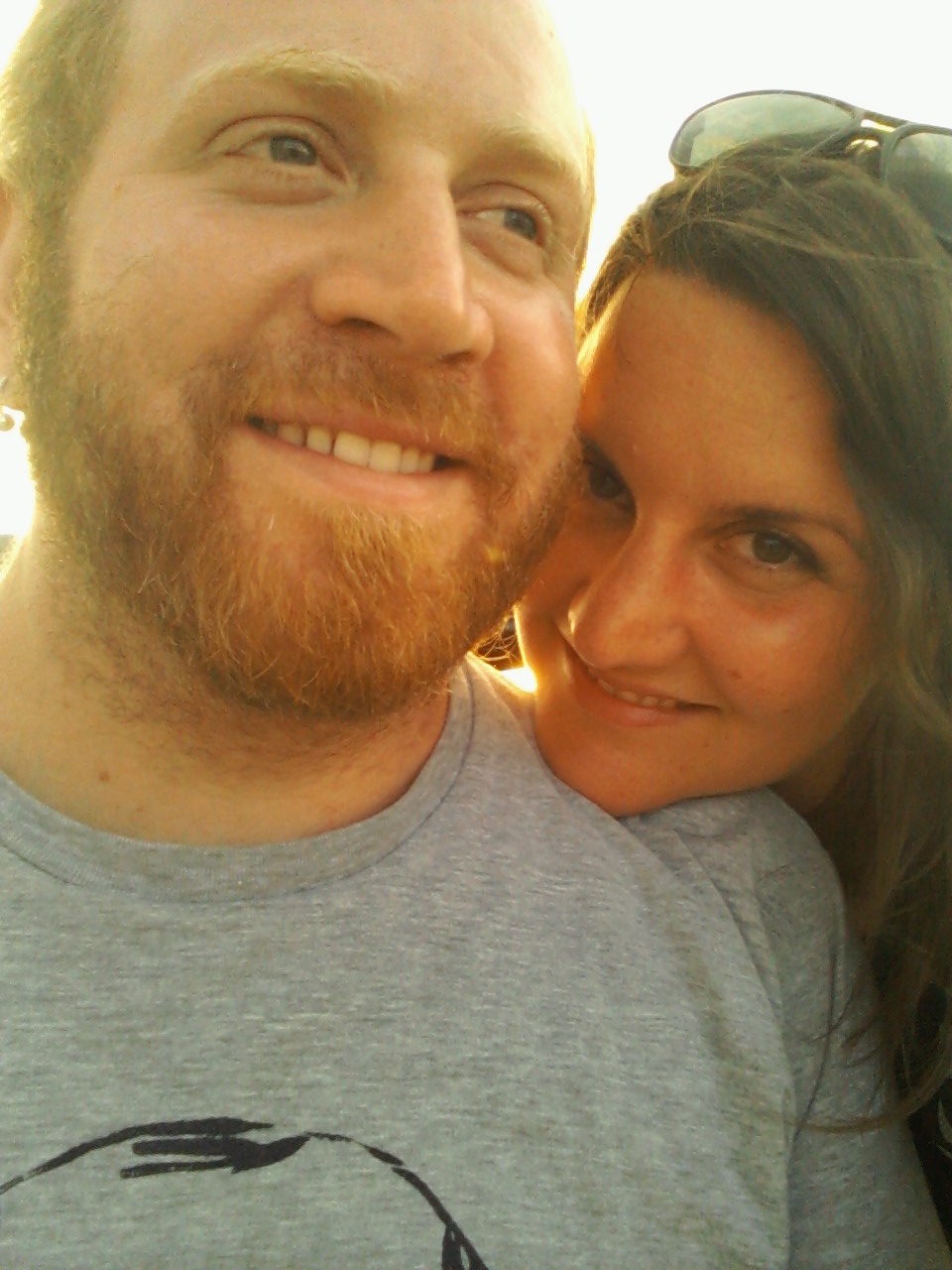 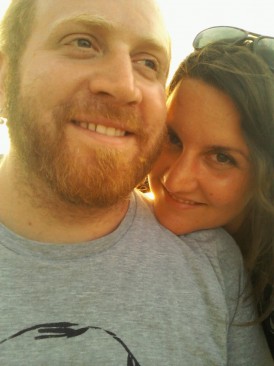 Lisa Marie Hall and Chris Pascarella met met more than a decade ago, as members of an extended group of friends who flocked to see live music together and spent more time partying than sleeping. Though they ran in the same crowd, their romantic connection took some time to develop.

In 2001 a mutual friend bought a 49-foot school bus that they helped to convert into a street-legal RV. “Sixteen of us piled in that thing, called the Boogie Bus, and drove down to the first Bonaroo Festival,” Lisa says. “When it was still cool, perhaps the only year it was cool. We were not dating then, at all, not even close.”

Two years ago that all changed. “Chris and I kept running into one another in various Park Slope locations, where we both lived at the time,” Lisa explains. “Small talk always led to ‘we should hang out.'” That summer they reconnected, hanging out with Lisa’s on-vacation teacher crew, playing glow-in-the-dark frisbee in Prospect Park, and generally enjoying one another’s company.

“On the premier night of Inglorious Basterds Chris asked if I would like to go with him to the midnight show and of course, I did,” says Lisa, explaining the moment their relationship turned romantic. “I asked some of my girlfriends if they wanted to come too and my friend Melody said, loosely quoted, ‘I think you should go alone, you two are going to get married and it is going to be an awesome party.’ We went. It was awkward enough to be a date. The following Wednesday we found ourselves at Sunny’s Bar for Smokey’s Roundup without any of my or his friends. This was definitely a date. We drank whiskey and PBR and danced to Smokey and the guys. We shared a cab back to the Slope. When we got to Chris’ house he turned to say goodnight and I said, ‘Oh no, I am sleeping over’ and we have been together ever since.”

Today, the couple lives in Red Hook. Lisa, 30, is a high school history teacher in Williamsburg. Chris, also 30, works in 3D animation for a company in midtown. Lisa compares their relationship to Cliff and Claire Huxtable, the Brooklyn Heights couple from The Cosby Show. “I am definitely Cliff because I dance like an old man and my jokes are corny (but Chris rubs my feet),” says Lisa. Chris is far more like Claire Huxtable, she of the raised eyebrow and barely concealed smile in the face of Cliff’s perpetual mischief. “He is more serious,” Lisa says, “and he thinks I am the funniest person alive–I think.”