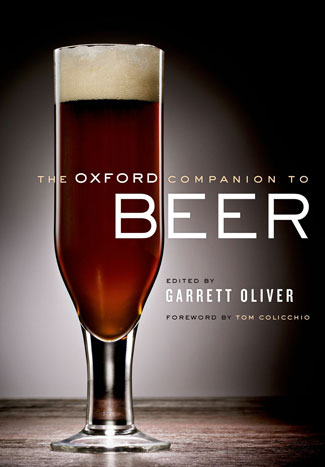 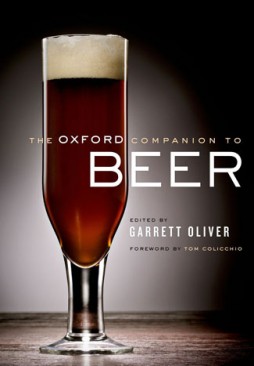 Not even a glass of Pliny the Elder could get craft beer fans as excited as the release of two new books: The Oxford Companion to Beer, edited by Brooklyn Brewery’s celebrated brewmaster Garrett Oliver, and The Great American Ale Trail: The Craft Beer Lover’s Guide to the Best Watering Holes in the Nation, written by food and travel journalist (and former Brooklynite) Christian DeBenedetti, who began exploring the world’s breweries and beer cities 15 years ago on a fellowship. Oliver’s tome is an encyclopedic survey of the history and scope of beer produced worldwide. DeBenedetti’s book is an enlightening guide to over 400 stellar breweries, beer bars, and other beer destinations across 43 states, including local favorites like Spuyten Duyvil.

The two took breaks from their busy travel schedules to talk with Brooklyn Based about the state of the American craft beer scene and Brooklyn’s place in it. 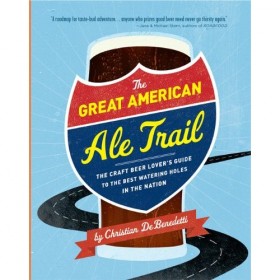 Where does Brooklyn fit into the country’s craft beer movement? Is it a trailblazer in any sense, or are we just following the lead of other cities like Portland, OR?

Christian DeBenedetti: Brooklyn stands on its own. I wrote in the intro to my Northeast section that all of New York City, and especially Brooklyn, has beer in its very foundations. No fewer than three breweries called New Amsterdam home in 1612; in 1913, Jake Ruppert built a $30 million dollar brewery and got himself a baseball team, the Yankees. Brooklyn produced one-fifth of the nation’s beer by 1960, according to a recent Times story. By 1976, the number of local breweries had bottomed out, and no one really cared about beer anymore.

I tend to think that NYC’s modern craft beer evolution has been more food-oriented and didn’t really grow as much out of the DIY homebrewing and brewpub culture in the same way that, say, Portland, Seattle and San Francisco has.

Garrett Oliver: Brooklyn has, as Christian has mentioned, very deep brewing roots. In more recent times, the Brooklyn beer culture was based on pioneering places such as Sam Barbieri’s Waterfront Ale House. Today, Brooklyn’s beer culture has outstripped Manhattan’s, despite the excellence of great places like The Blind Tiger on Bleeker Street. The fact that a fairly short walk will take you from The Diamond, The Gutter, Brooklyn Bowl, Brooklyn Brewery, Mugs Ale House (also foundational), Teddy’s and Brooklyn Ale House to Spuyten Duyvil, Fette Sau and Barcade is nothing short of amazing.

I think our beer culture is probably deeper and more varied than Portland’s (witness the relatively British-based bent of most of the beers up there; not nearly so much Belgian influence), but Portland wins for sheer volume. And yes, food is a very big part of the Brooklyn beer scene.

Christian, what city do you think has the most adventurous craft beer scene in the country?

It depends, because adventurousness is totally relative these days. Compared to the watery norms of beer selections past, one could make the case that cities like Billings, Montana, New Orleans and Los Angeles are all contenders for “most adventurous” these days. All three once craft-beer-averse cities are awash with unusual styles on offer. You can now drink barrel-aged beers made at a deliciously high level in rural outposts like Bozeman, Montana and Jackson, Wyoming.

But for the sake of making my friend Garrett squirm a little I’ll say this: while my old stomping ground of Brooklyn has superb beer in the kettles, a glorious history, and virtually un-improveable watering holes, there’s an eye-popping number: 53. That’s the latest count of craft breweries in a city essentially the size of Park Slope. And among these you have everything from homebrewer-founded giants like Widmer and Bridgeport, to award-winning experimental wizards of sour and farmhouse and wood-aged styles at Cascade Barrel House and Upright and Breakside and Hair of the Dog. I mean, there’s a food cart with a built-in brewery on wheels–Captured By Porsches Brewing Co.

It gets crazier: You can buy and fill a glass growler with Rogue or Laurelwood beer in the Portland International airport and carry it on your flight, because it’s all beyond security. Who said flying sucks? Forget those skunky $7 Heinekens. How about four pints of fresh IPA for the same price?

Garrett, do you think Brooklyn Brewery is a victim of its own success; meaning, more specifically, do you think it is unfairly considered too “big” or not local/craft enough by some in the craft beer scene?

Given that we’ve been brewing for 22 years, including 16 years in our current location in Williamsburg, I think that we’re the size that we should be. No matter what your endeavor is, a rock band or a brewery, you’re going to find some people who want you to remain tiny and unknown. I think that outlook is really pretty weird.

If a brewery is successful, it grows; if it doesn’t grow, it’s a failure.

We have, in many ways, defined “craft” for many years, pioneering things like collaborative brewing and even now-established beer styles. We also have the largest 100 percent bottle-conditioning operation in the U.S., which represents a true evolution of a distinctly artisanal nature. In fact, I think we are one of the most genuinely artisanal breweries in the country. Do people know that? Some do, but I think many don’t. So perhaps we need to be better at telling people who we are.

How much Brooklyn Brewery beer is actually made in Brooklyn now?

Garrett: The brewery in Brooklyn is now four times the size it was a year ago, and we produce more than a dozen beers, including all of the bottle-conditioned beers, from there. With the new expansion we will take some of the upstate production back in-house. It’s hard to know exactly what proportion that will be during the next year, but right now it’s looking like about 30 percent or so.

How much has the craft beer scene changed over since Brooklyn Brewery started 22 years ago? Do you think craft brewers are more free to experiment and make ambitious beers than they were in the past?

Christian: Craft brewing in America—and abroad—is practically unrecognizable today from the scenario we were sipping at the end of the ‘80s. There were perhaps a couple of hundred microbreweries then, whereas we are soon to pass 2,000. Most made a few basic varieties of British-inflected beer. Stylistically speaking, brewers were charting new ground, sure, but nothing like the wide-ranging, genre-bending efforts we’re seeing now, swerving into smoked, sour, super-hoppy, hop-less, fruit-infused, and even gluten-free territory.

Garrett: It’s hard to remember now that back in 1989 there wasn’t a whole aisle of bread at the supermarket and there weren’t cheese departments either. Back in 1989, sushi was considered exotic food–now sushi is at baseball stadiums. Our food culture has been transformed by diversification. We’re no longer a meat-and-potatoes nation.

In 1989, New York City, except for Brooklyn Lager (the only beer we made back then) and New Amsterdam, was pretty much a craft-beer desert. We had to go to Boston just to get some Sierra Nevada Pale Ale. It was possible, in 1989, to open up a bar and maybe have four to six draft lines, and have them all be mass-market beer. That’s impossible today–you wouldn’t have any business. It would be like opening up a 1989 supermarket next to Whole Foods or Wegmans.

What many people don’t realize is that craft brewing is not a trend or a fad. It’s a return to normality. One hundred years ago, we had the most interesting beer culture and the most interesting food culture in the world. We forget that, but we did. Our immigrant culture meant that we had everything from everywhere. We took bread and made it into sponges, we took cheese and made it into plastic, and we took beer and turned it back into water. Now we’re in recovery. And I have a message for every 55-year-old beer salesman who figures he’s going to ignore craft beer because he’s only 10 years from his retirement. And my message is simple:  you don’t have 10 years. If you don’t learn this stuff now, you simply aren’t going to make it. The world has changed and it isn’t going back–it’s accelerating.