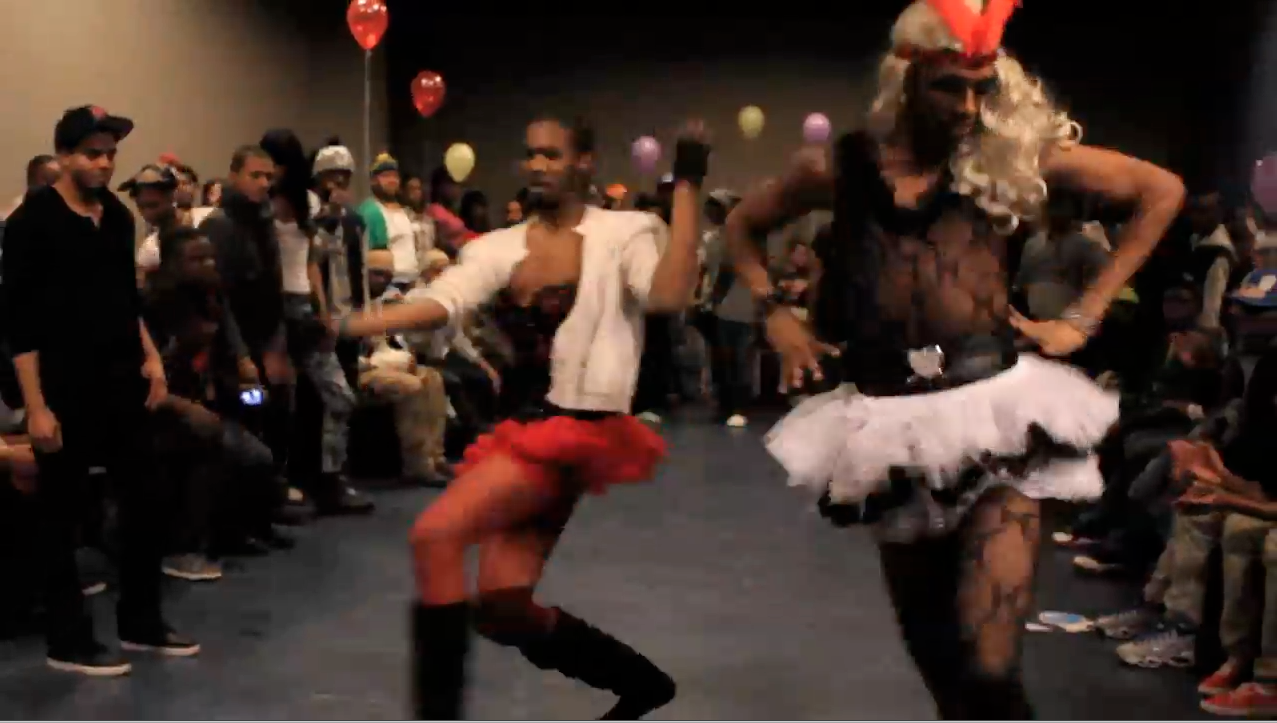 When Snookie Lanore, born Lawrence Taylor, chose his stage name, he looked to the diminutive, but extremely vocal Jersey Shore star, inspired by her spunk and fun-loving personality. Snookie, 18, channels his namesake’s energy and effervescence, if not her fashion sense, at the balls he hosts. As a gay MC in the New York vogue ball community–events that feature drag runway battles, dance-offs and flamboyantly non-traditional beauty contests–Snookie has has cultivated his own cult following.

Snookie is one of the better known hosts of the “Kiki” scene, a gay ballroom subculture that caters to participants under the age of 18. Kiki events have become more popular recently, even among older fans from the ball scene major leagues. If you’ve seen the 1990-film Paris Is Burning, then you know that balls aren’t a new thing. They’ve been held by lesbian, gay, bisexual and transgender communities of color for about 50 years as a safe space for raucously fun and judgment-free self expression–even for straights.

When a friend first asked Snookie if he would host a ball, Snookie said that he didn’t think he was up to the challenge. But then he thought about how much he loves singing in church on Sundays, something he’s done his whole life, growing up in Brooklyn, and realized that this would be a new, and different way to show his talents. He still sings in church to this day, and in fact he says that there’s a symbiotic relationship between church and the Kiki scene that helps him hone his vocal melodies for the evening crowd. “I love to be on stage singing for people,” he said. 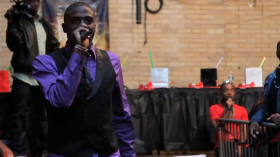 Kiki balls draw crowds from all over the city. Some participants, both male and female, wear formal ball gowns, fur pieces and shiny jewelry to compete in runway walks. Others wear less–revealing tops and booty skirts that better show off their bodies moving to the hip-hop beats blasting through the speakers. The looks vary widely, and wildly, from straight up RuPaul-style tranny glam, to young lesbians in hoodies and jeans holding “big girl” dance-offs. The common denominator is an in-your-face pride in personal expression, and the desire to wow the panel of judges awarding either cash prizes, trophies, or both to the winner of each category. Sometimes it’s tough to see the action at a ball—participants work it in the middle of a dance floor surrounded by standing audience members, some wearing six inch platform heels—who cheer them on. 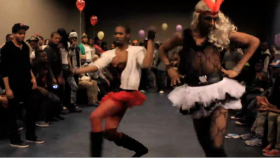 Generally, these events take place in Manhattan, though occasionally Snookie will host one across the river in Bedford-Stuyvesant, where he currently resides. Snookie says that the main consideration when location scouting is to find a place that is safe for participants and attendees. “We’re smart like that,” he said. Feeling safe doesn’t just depend on the venue—it’s the neighborhood. For that reason, balls typically pop up in quiet, professional downtown neighborhoods. Snookie says that Chinatown ranks as a popular location, but other balls have taken place in TriBeCa, the Lower East Side, and in Chelsea, all of which have proven to be secure spots for participants and the audience.

That’s not to say that fights don’t break out inside venues between ball-goers, especially since a fair amount of attitude is part of ball culture. Snookie says these things happen, but that they get resolved. “They become friends later on,” he explained. And that’s the point–though rough moments arise, a supportive community burgeons from resolution and mutual understanding. Beyond offering a place to perform, and to show off wigs, tutus, corsets and other creative costumes, balls foster long-lasting friendships between participants. Friends greet each other with kisses on the cheek and sit on each others’ laps when seating gets tight. Snookie considers this a positive consequence. “At the end of the day, we all look out for each other,” he said. “We’re all family.