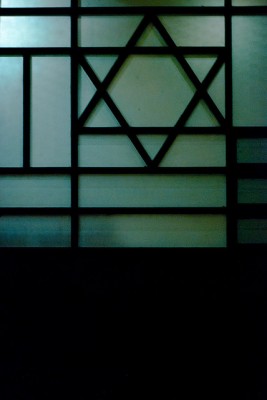 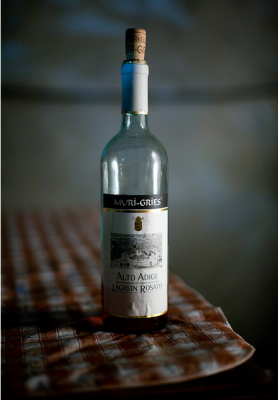 For our latest essay contest, “Holiday Rituals,” we expected a lot of Christmas and Hanukkah-themed stories, and we got many that moved us. What we didn’t expect was this story by HH, whose initials we’re using at the request of the writer and winner of the $100 gift cert from Greenpoint’s WORD bookstore. We chose HH’s story because it is honest and doesn’t wrap up neatly at the end. It also resonates with the great upheaval we’re experiencing in our economy and our collective outlook. And like any good holiday story, it makes you consider the things to be thankful for this time of year, only without the sugarplum sweetness.

This holiday season will be, in many ways, just like the last few before it. My wife and I will jump back and forth between family dinners, enjoying the company of the grandparents, aunts, uncles and cousins we see much more often in cold weather than in warm. We’ll go away for a long weekend to my in-laws’ vacation place and spend hours staring at the wood-burning stove. Maybe if it snows enough to knock out the F train at Carroll, we’ll even trudge down the middle of Court Street to Borough Hall. It will not be completely the same, however, because one thing will be missing: “Fuck You!” wine.

This summer I had what I like to refer to as an “amicable parting” with the law firm where I had been working as an associate for three years. Unlike most law firms of comparable size, this one had a policy of not giving year-end bonuses. When I first took the job, I liked the policy. Many of my friends in the glorious world of high finance, who often relied on bonuses as if they were a guaranteed part of their salary, had just seen huge decreases in their year-end income. I didn’t need a bonus, I knew what my salary was and that was enough for me.

But come December, at the end of the extraordinarily stressful crunch of trying to make the firm’s annual billing requirement, I wanted a damn bonus. And I wasn’t alone. The weather seemed to cool in a directly inverse relationship to the general sense of ennui in the office. People kept their doors shut and walked around with the glossy-eyed look most often seen on worn-out subway riders during the evening rush. My fellow associates began to mope and grumble. Complaints were not laid out directly, but with the creativity and wit that exhibited the worth of our six-figure educations. We’d mock the uselessness of our angry letters and sarcastically boast about how little of our work could be interpreted as having any real substance. The partners noticed everyone’s general anxiety and disgruntledness and attempted to placate us. In lieu of a bonus, each associate was given a holiday season gift: a case of wine.

In a vacuum, this could be seen as extraordinarily generous, but in this situation it exposed the firm as pretty damn cheap. The gift only raised greater fury amongst the associates who generally saw the (admittedly delicious) gesture as a cop out and quickly began referring to the gift as “Fuck You!” wine, as in, “Fuck You! I’m not giving you a real bonus.” Or “Fuck You! Now go bill more hours while I go home at 5:30.” Or “Fuck You! What do you expect, I just had to shell out $100K for my kid’s Bar Mitzvah.” I kept the case in my office, taking a bottle as a house gift to whoever’s apartment I was swinging by after work. As my friends began learning the wine’s backstory, I began incorporating it into my greeting. “Steve, thanks for having me over. Oh, I brought a little something, Fuck You!”

Not this year. My wife and I cracked open the last bottle of “Fuck You!” wine a week or so before the Jewish holidays. It was a medium-bodied Malbec, which we drank with little fanfare next to a simple meal of linguini, olives, garlic and cherry tomatoes. It was a pleasant dinner at home, as my wife and I had been having with increased frequency since my change in job status. We sat at our heavy wooden table, the single most expensive thing in the apartment, and chatted about the day’s minutiae while the late summer sun streamed in through oversized windows. These meals made me happy. How could they not? I was living the idealized Brooklyn life–too good to be true. As I topped us off with the last of it, though, the wine began to unearth some dark feelings that had been simmering just below the surface. I said to myself, “Fuck You! How did you get into this mess?” and shortly thereafter, “Fuck You! You couldn’t even handle that dumb-ass job,” followed by “Fuck You! You had to get yourself unemployed in this shitty economy.” Introspective me was not being very nice.

This self-flagellation outlasted my buzz and continued on for days. My unshaven face, originally intended as a badge of honor and independence began to morph into a disheveled sign of coming unhinged. My thoughts yo-yoed between a desire to lash out in anger against those that played a part in my law firm exit, and feeling sorry for myself as I came to terms with the fact that I had no one to blame but me.

It was a pretty shitty job to say the least. I was a cog in the wheel of a broken system that sucks in money by exploiting peoples’ innermost demons. It paid relatively well, but not enough to justify the stress and long hours. Management was absent until the blame for an error or unfortunate truth had to be passed down the ladder. Intellectual curiosity was discouraged–not a billable event.

Worst of all, the job required me to do tasks that made me feel like I was a bad person. I specifically remember deposing a woman who sued a doctor that may have missed diagnosing her deceased husband’s cancer. I led her through her story, asking detailed questions about her husband’s treatment. She began to cry, not wanting to relive these traumatic events. Because she needed a Spanish interpreter, her reaction to each query was delayed. I dreaded the pause between knowing how she was about to feel and seeing it. I don’t care how justifiable it is–she was the one who initiated the lawsuit and opened herself up to this experience–I would rather someone else use that logic to sleep at night.

Yet I knew that my exit had more to do with me than the job itself. I had been really bad at it. I didn’t try very hard, was horribly disorganized and continually procrastinated. There was no particular task that I couldn’t excel at, but there were few where I actually did. The sum of all of my small careless errors slowly added up until there were more piles of paper to push than I could handle. The one task I always succeeded at was justifying why missing the mark wasn’t my fault. It was either the job that didn’t inspire me, or the headache that required a slower pace, or the task that wasn’t so important as to require more than a cursory attempt. I made fleeting attempts to improve but inertia kept me spiraling downward. With deadlines looming, I would simultaneously play the L.A. Times online crossword puzzle and quietly berate myself for not just doing my assignments already. I nearly had panic attacks on my way to the office, knowing how big the gap was between my work and my potential. As I relived the circumstances of my leaving the firm, my confidence turned to mush.

The post-“Fuck You!” malaise lasted through Rosh Hashanah. My wife and I went out to Montclair, New Jersey, where we attend High Holiday services with her family. I am relatively secular but I usually look forward to services at the Reconstructionist synagogue. The place fits in perfectly with my pre-“Fuck You!” ideal, filled with successful and quirky writers, lawyers and psychologists. The rabbi’s sermons are refreshingly not focused on the blind support of Israel or a literal translation of the Torah, but on social action and personal growth. But this year, I felt unready to embark on the journey that the Jewish High Holidays are supposed to begin. It’s a time to reassess life goals and determine how to make the next year better than the last. For all of my contemplation prior to the Holidays, I had no idea where to go from here. I saw no solutions. My goals were not any clearer. All I saw was a big “Fuck You!”

Sitting there, I felt jealous of the people surrounding me, angry that I now had no way of earning their status. I was ashamed and scared to answer the inevitable question from my in-laws’ hard-working and accomplished friends, “So what are you up to these days?” I just wanted to get out of there. I ducked out a bit early, escaping awkward conversation.

The ten days following Rosh Hashanah are supposed to be reflective, culminating in Yom Kippur, the Day of Atonement, when one’s sins of the past year are absolved. While my friends and family had spent the week like any other, shuttling to and from their respective jobs, I did my best to observe the holiday. I came to realize that there was no one thing I could do to change my predicament. Despite our delusions, we all know that things can’t change with one day’s fast, a Thanksgiving feast or a glass of champagne on New Year’s Eve. I was the same as before–an over-educated, unemployed lawyer in a city filled to the brim with people just like me.

Recently, after the seemingly last errant warm day had passed, I grabbed a bottle of wine I had gotten from the $12 and Under table at Brooklyn Wine Exchange and stepped out the door. The bottle didn’t curse at me and I didn’t curse at it. I headed into Manhattan to meet up with my wife before continuing our trip to Jersey for one of many winter family meals. I was still unsure about what to do with my life but I was less anxious to find out. I just wanted to enjoy sharing a holiday drink with people I cared about. I showed my wife the bottle and asked if this one was sufficient. It was.