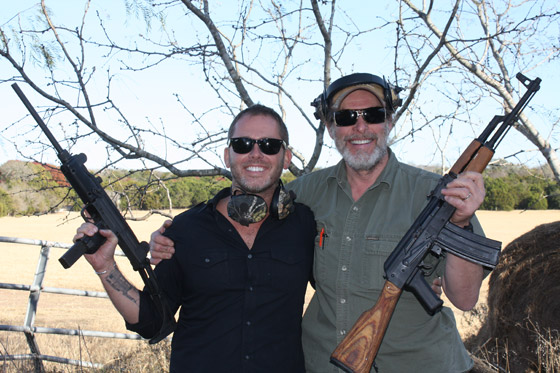 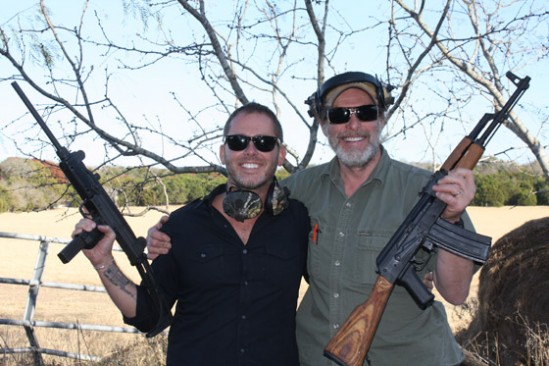 Ted and Ted in Texas.

It’s been quite a year here at Brooklyn Based. In 2011 we expanded our Immersions with Brooklyn Brewery from one event to four, finally figured out Twitter (#latetotheparty), started a weddings and engagements announcements page on our site and hooked up a few lucky readers with home improvement projects like new wallpaper. Oh, and we also had our best year ever, editorially speaking. We spent more time sussing out great events for each week’s Tip Sheet, with the help of a few excellent new contributors. We introduced you to cool new businesses and the Brooklynites behind them, kept you abreast of local food news, clued you in to trends you didn’t know existed and reveled in Brooklyn’s storied past.

As editor-in-chief, I have a few personal picks. Here are my favorite stories of the year:

5. Vintage Vantage: Mid-Century Modern Furniture
By now I have a pretty good idea about how much readers will like a particular story or how useful a BB guide will be. The persistent popularity of this article about buying mid-century modern furniture completely caught me off guard though. It was fun to research and write, but I assumed something like our guide to dealing with bed bugs would get more steady traffic. Turns out, Brooklyn, you have a taste for high quality modern design.

4. Bedtime Stories for (Brave) Adults
I was talking to Roseanne Pereira, a new byline on BB this year, about the types of stories we cover, and I described one category, my favorite, as “surprising delights,” admitting that was pretty vague. After discussing a few food stories she said, “You know, I think I have one of your delight stories, this woman came to my apartment at my request, and read to me until I fell asleep. It’s part of an art project she’s doing.”

3. Nerditivities: Good Clean Fun for the Whole Borough
Last winter we kept hearing about clubs, gatherings and group activities that were, well, downright nerdy. From a love of Scrabble and card catalogs, to clarinet lessons to contra dancing, we found that around Brooklyn, sometimes the squarest activities are actually the most fun. Favorite trend story of the year, hands down. 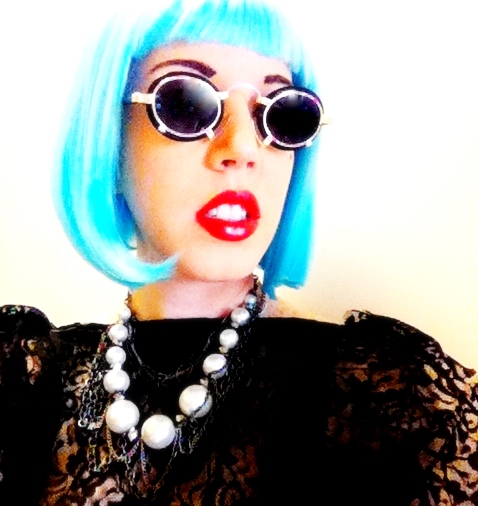 2. A Day in the Life with Brooklyn’s Lady Gaga
Last spring we organized a panel at Brooklyn Brewery about what it takes to run a small food business. There I met Renee Cole who was working for the Red Hook Lobster Pound at the time, though I was more interested in her other gig, as a Lady Gaga impersonator and performer. A few months later writer Rae Votta spent a day with Brooklyn’s Lady Gaga. Yes, it’s her full-time job now. No, she doesn’t have a meat dress.

1. We’ve Found Fleetwood
Last winter I was sitting at the bar with my brother-in-law, Jake Loiko. At the time he was working at Apartment 138, and he was saying that Ted Mann, an owner, would make a great profile for BB. “And you know,” Jake said, “he just found out that The Nuge is his biological father.”

I’ll admit, I didn’t believe him at first.

But then I sat down with Mann, who is one of the warmest, friendliest dudes you will ever meet, and asked him all about his restaurant empire, his Brooklyn upbringing and his long-lost family. Sometimes you get lucky and the best stories just fall into your lap.

Looking forward to making your inbox even more awesome in 2012.