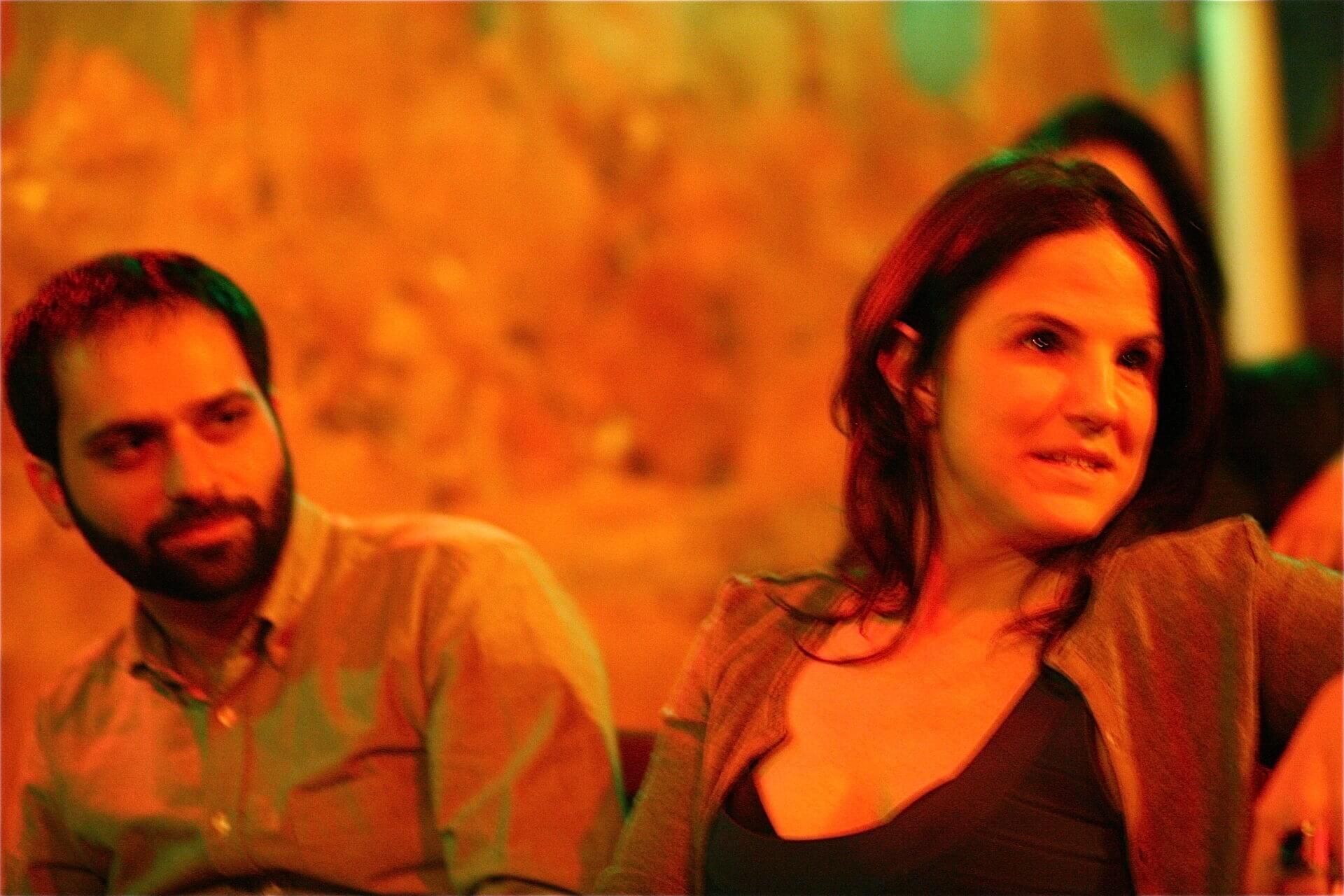 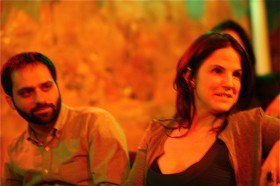 Jon Dieringer and Nell Constantinople, two of the programmers at Spectacle

It was too cold Friday night, with temperatures dipping into the twenties, to consider taking off our clothes, but we were more than willing to watch others do so at Spectacle Theatre’s midnight showing of skinny-dipping short films and clips.

The space on S. 3rd Street in Williamsburg that Spectacle currently occupies used to be a bodega best known for selling loosies and having a slot machine in the back. But that was before a troupe of self-described film collectors and makers, editors and misfits turned it into a theater in September 2010. Now Spectacle screens overlooked cinematic obscurities like Deadlock, part of a retrospective on German filmmaker Roland Klick, and the 1974 cult classic Supermarkt and White Star, in which Dennis Hopper delves into his dark side to play a seedy concert promoter who is the very epitome of unhinged. Less serotonin-suppressing documentaries, features and short films can be seen most nights of the week as well, all for $5. 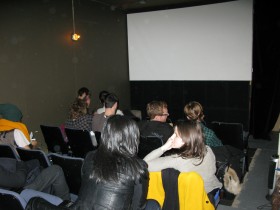 Part of the crowd that attended Spectacle Goes Skinny Dipping.

The atmosphere on Friday night was as carefree and voyeuristic as you might  expect from a sold-out crowd of slightly giddy theater goers getting buzzed on Pabst Blue Ribbon. Something about the chipped teal paint, exposed cement walls, duct-taped PVC pipes and colored light bulbs made Spectacle feel a bit like a dingy basement, which was sort of fitting given the kind of footage we were about to watch. The effect was pleasantly incongruous with what programmer Nell Constantinople had in mind when she began curating a selection of skinny-dipping shots from the 1930s through current day.

“I was going to have everyone come naked tonight,” she said. “But then I kind of back tracked. I was trying to convince Jon [Dieringer, a fellow programmer] that we could take the seats out. Maybe bring in sand and Tiki torches, and then I realized that I didn’t think we would really get the crowd we were looking for. I was thinking with my Portland brain.”

Constantinople produced the short film Summer Snapshot which screened Friday night as well as at the Tribeca Film Festival in 2011. It was shot on Kodak Super-8 film, giving it a sepia-toned seventies feel, and set at a watering hole in Portland where she was living a couple years ago. One of the film’s actors, Audrey Kovar was in attendance at Spectacle adding an incongruous but still appreciated air of summer in a plaid, cropped halter top and blue-jean cutoffs.

Aside from Snapshot’s ode to summer, other moments on screen include unintentionally hilarious clips of Maureen O’Sullivan and Johnny Weissmuller in Tarzan and His Mate (1934) more scuba diving than skinny dipping and a clip from The Monkees’ psychedelic segue into flimmaking, Head, in which Micky Dolenz winds up cavorting with two mermaids in a skinny dip turned acid trip.

Constantinople edited 12 diverse clips and shorts together to round out the program. “I really wanted to make it so it wasn’t so focused on the female body,” she explained. Save for a few overly excited attendees, who didn’t quite grasp the concept of a silent film–one would spill his stout in our laps before all was said and done–the night went swimmingly.

The only moment that had us itching to undress was watching an early-90’s Michael Stipe, lead singer of the now defunct R.E.M., being engulfed by the rushing waters of a Georgia watering hole in Drink Deep, a beautifully shot black-and-white short film from Jem Cohen. Watching languid bodies sunbathing on giant slabs of river rocks never looked so good.

As Constantinople said at the end of the night, “That’s the skinny.”