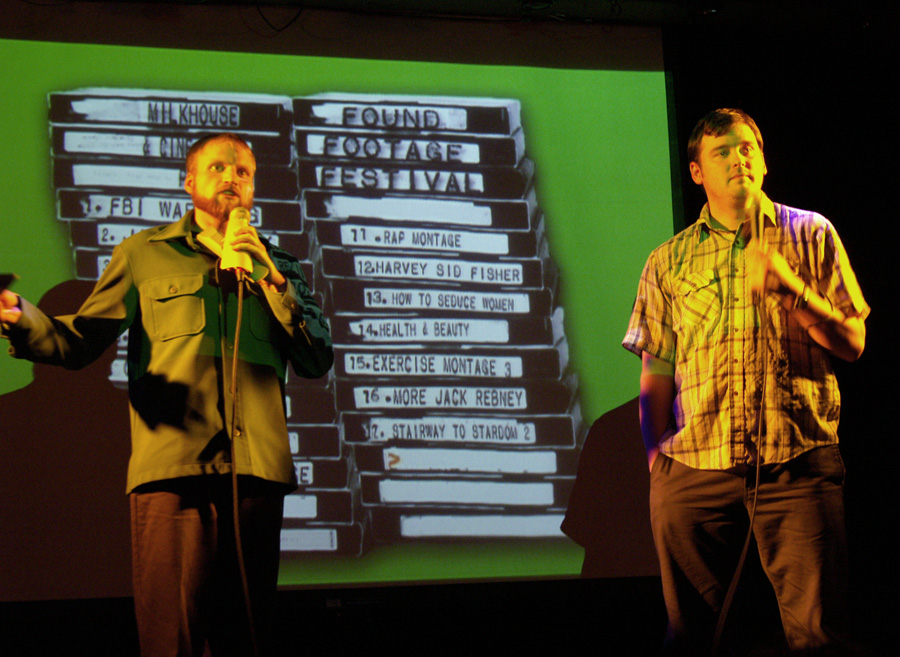 Love stand-up but hate sketch comedy? Dig the interactive combo of video and live commentary, but hate it when stand-ups single out audience members for ridicule? In LOL, our new comedy column, Kyle McGovern, an aspiring stand-up himself, explores regular comedy shows around Brooklyn and reports back on what brand of hilarity to expect when you settle into your seat. 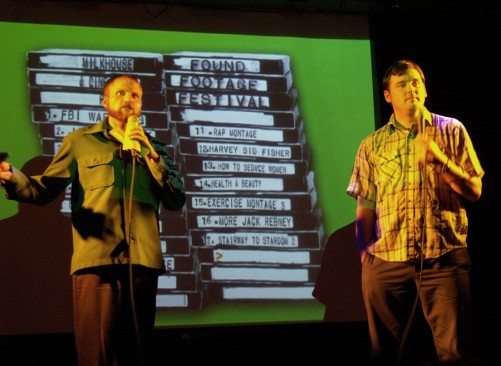 The Found Footage Festival on stage at Union Hall.

The name says it all: Pretty Good Friends, the weekly Sunday night comedy show at Union Hall hosted by comedian Eugene Mirman, is both pretty good and friendly.

Think Patton Oswalt’s style of humor–smart, nerdy and slightly smug, but never mean-spirited. If references to Batman and the X-Men don’t turn you off, or if the subtle nuances between the types of miserable schlubs Philip Seymour Hoffman and Paul Giamatti repeatedly play won’t have you shrugging your shoulders, don’t be afraid to drop seven bucks on a seat.

“It’s a very comfortable show,” said Caroline Creaghead, who produces and books Friends along with Mirman and Julie Smith, a producer and booker. “There are no pretenses about it being anything more than just a nice, fun Sunday night show in a bar basement.”

Thanks to the low ceiling, dim lighting and substantial menu of bar food standards, the basement at Union Hall turns into a comedy club every week once doors open at 7:30 pm (a line forms by 7). A few Sundays back the show, guest hosted by the sweetly acerbic Todd Barry, was packed enough to feel intimate but not crowded enough to get uncomfortable.

“What do you do for a living?” Barry asked a woman in the front row. “An organization that runs farmers’ markets? I’m going to kill you for that.”

For the most part Barry kept the hazing gentle, so as not to disrupt the room’s mood.

“Remember when you bought those apples that you never ate and had to throw out a week later?” Barry asked the audience. “You can thank this woman.”

While Mirman is on the road, Creaghead and Smith bring in different guest hosts–the professorial Michael Showalter has filled in a few times–but the bookers are careful to maintain a certain sensibility, to match Mirman’s sense of humor and make sure the crowd knows what to expect. Creaghead says the show has a clubhouse feel, but doesn’t want Pretty Good Friends to seem esoteric or impenetrable. She enjoys roping in people who wander to Union Hall’s basement space.

“They hear laughter, they pop their head in and I have to sell it to them a little bit,” Creaghead said. “They’re like, ‘Are you sure it’s going to be funny?’ I have to tell them that I can one hundred percent assure them that it will be and then they’re amazed that it happens every week.”