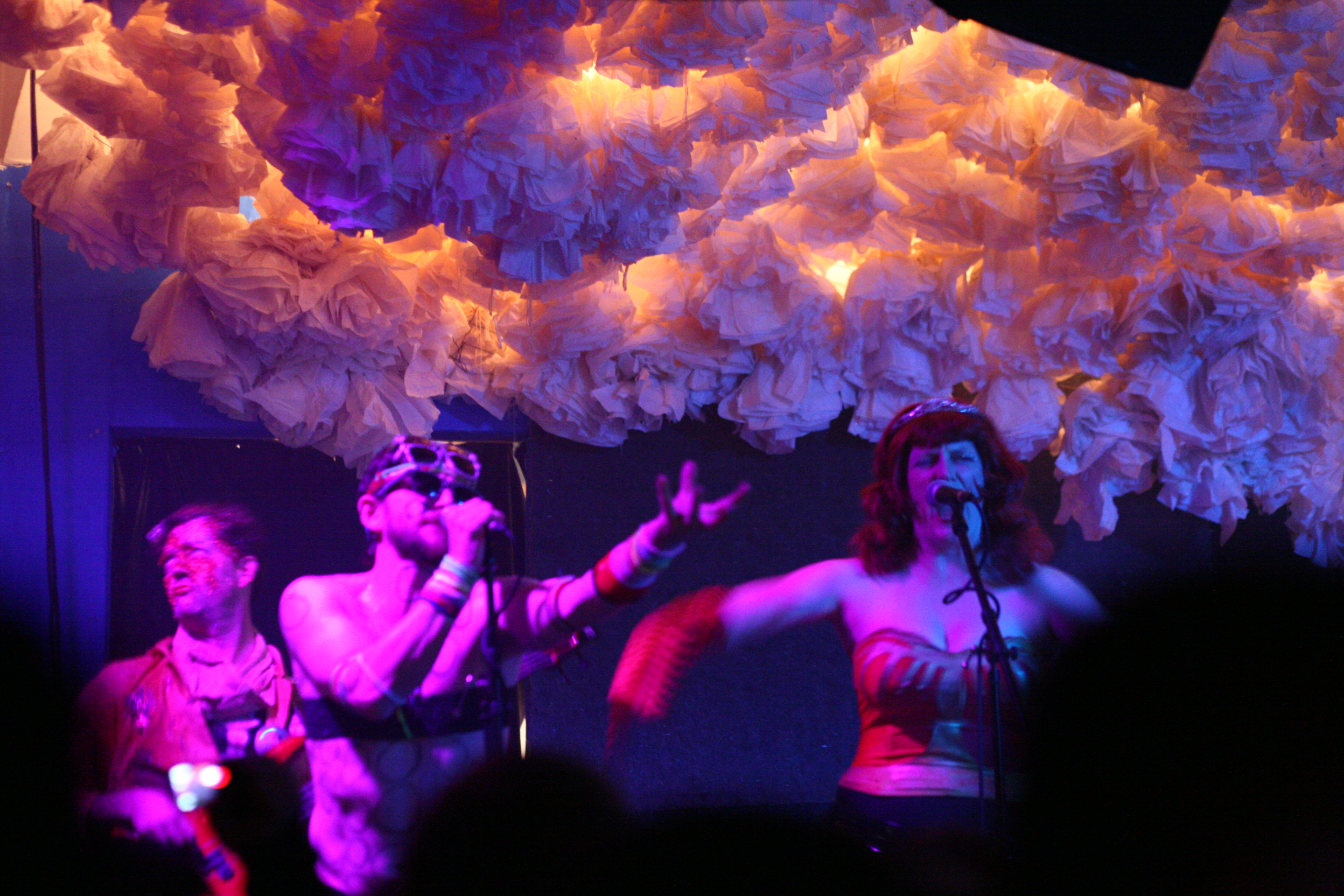 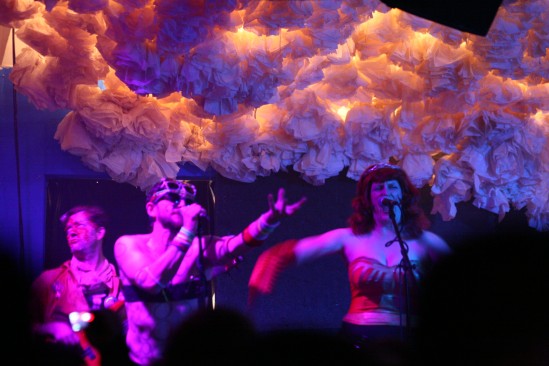 The Ruffian Arms rock out.

For once, our gypsy cab arrived on time, which means we were early last Saturday at Glasslands Gallery for Queers, Beers and Rears final punk-rock party. Not wanting to feel like the first guests at the prom, we headed next door to Ran Tea House, which might very well be the most magical place in Williamsburg. Sipping green tea served by a man named Lotus–also the owner–under the shade of a money tree sitting in a wicker recliner that could easily be mistaken for a piece of contemporary art was the complete antithesis of what awaited once we got beyond the bouncer and into the din of noise next door where it was time to say sayonara to QxBxRx.We weren’t the only ones saying our goodbyes.

In the five years since Erik Karff, Stephen Crowe and Andrew Martini started hosting a monthly LGBT punk-rock party–originally at Cyn Lounge– they have amassed a cult-like following of gays, straights and Sid Vicious wannabes, most, if not all, of whom were in attendance on Saturday night. Party goers shook, shouted and swilled beers under an installation of spray-painted cardboard boxes pinned to the wall next to a hula-hoop sized dream catcher. 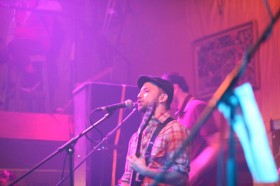 We’ve never seen so many gauged ears in one place in our lives, but they were much less surprising than all the facial-pierced punks choosing to accessorize their septum rings with suspenders. Glasslands was, for one night only, the holy grail of queer punks looking to rock out one last time at a party where being both of these things need not be mutually exclusive.

Karff and his band, Baby Your Baby, were the first to take the stage on Saturday. They formed “from the ashes of several burning bridges” last summer, so says their Facebook page, but you would never know it. Their cutesy-pukey punk stylings worked the crowd into a frenzy, and offered Karff an extra-special sendoff. “I’m one of the lucky three folks throwing this party, and its kind of awesome to be playing it,” he told the crowd. 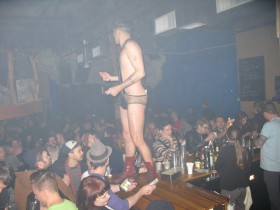 Like an American Apparel display, come to life, but better.

While the queers and beers were apparent as soon as we walked in, the rears didn’t appear until after 11:30. As DJ LGBT (Michael of MEN) spun tracks in between Baby Your Baby and The Ruffian Arms’ sets, three go-go dancers got up on the bar to shake their asses while making sure not to spill anyone’s Stella Artois. It was like watching an American Apparel window display come to life but with more mesh and face paint. One party goer standing in line for the unisex bathroom said it best. “I thought the music was so good it must be recorded. Then I realized it was a go-go boy interlude.”Turns out he was right. As soon as The Ruffian Arms took the stage in a slew of spandex, sunglasses and penis socks, the go-go dancers exited back into the ether. Big Red blaring through the microphone about the benefits of taking advantage of sex addicts was my highlight of the night. With the champagne of beers flowing and the crowd flailing, it felt like QxBxRx could go on all night, if not indefinitely; unfortunately, even the best parties have to end sometime.