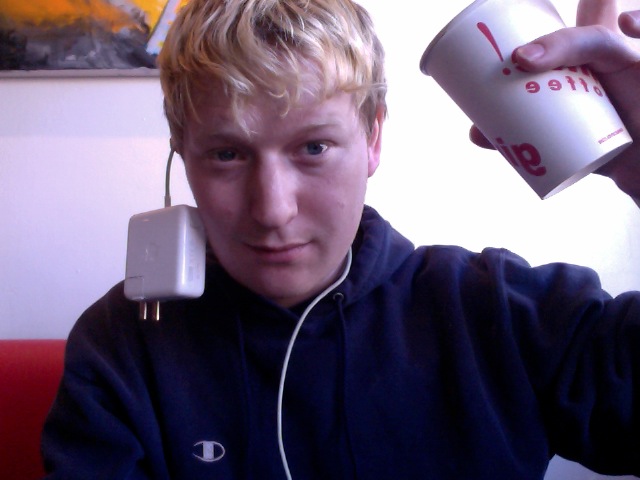 Jon Reiss has become BB’s resident expert on coffices of all kinds. This week he begins a new column exploring The Freelance Life, and its advantages, foibles, and etiquette quandries. If you have an idea or a question for Jon, email us at editors@brooklynbased.com. 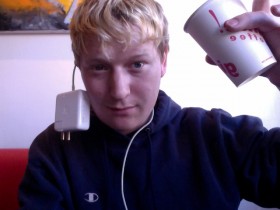 The world of working in coffee shops is one big new grey area with etiquette that’s yet to be established. Hell, we’re living in an entire age of un-established etiquette. Technology and the internet have changed our personal and social lives and we’re still figuring out new rules for how to behave accordingly. In Brooklyn, where a lot of post-college creatives are attempting to climb the far apart rungs of their respective career ladders, coffee shops and cooperative working spaces have become hubs for etiquette evolution.

Some baristas will tell you that working in a coffee shop is in itself bad etiquette, but this can depend wholly on the particular space. Assuming this isn’t the case for your chosen coffice, let’s see if we can etch out some definite “do’s” and “don’t’s” for coffee shop working. Keep one thing in mind: if you are going to make a non-designated workspace into your roving office, you want the staff there to like you. It’s like camping on somebody’s lawn for a few hours each day. This is important. If you don’t click with the staff at your coffice, find another one, and it’s up to you to reach out to them for conversation and read their responses accordingly. If your barista only wants to focus on their work, then that’s fantastic, follow suit.

The Time/Purchase Ratio
Some baristas will tell you that there’s a certain time span that is simply too long to be sitting in their coffee shop. Others disagree. Chatting with two anonymous baristas at an unnamed local café (anonymity was granted to protect the tips and jobs of baristas I spoke with, and to get honest opinions), one expressed that sitting a coffee shop from open until close is just never okay. In fact, the barista added, “If you walk in with full battery, and have to re-charge, you’ve been sitting for too long.” His co-worker disagreed, stating that the amount of time doesn’t matter as long as you follow the proper time/purchase ratio.

A good rule of thumb for the T/P ratio is one purchase per two to three hours. However, you should either have at least one purchase that includes two items, or double up at some point during the day. In other words, get a drink and bagel when you walk in, then another coffee later on if you’re going to stay more than two or three hours.

For those in dire financial straits, buy two drinks at least if you’re sitting somewhere for more than two hours. Two drinks, a tip, and rapport with the staff can be enough now and then. Yet another barista had this to say, “If you can sit here all day and only need one drink, then kudos to you.” So, it can all depend on the space, and on the people who work there.

Tips Are Mandatory
For most baristas, tipping has the potential to trump the T/P ratio. Always tip baristas when you can. If you think what they do is easy, you’ve probably never done it.

Cell Phones and Ordering
This should go without saying, but just do not talk on your phone while you’re ordering. Almost no amount of tipping can fix this rude practice. [We speak for retail workers everywhere when we say, never, ever do this in any store unless the call is that your wife is in labor. -Eds.] This is 90s etiquette we’re talking about here yet it’s amazing how many people consider this acceptable behavior. Even if you’re in a Starbucks, it’s not okay to talk on your phone while you’re ordering. Also, if you’ve been waiting in line, you should know what you want by the time it’s your turn to order.

Bussing
I can’t tell you how often I happen upon the following. I walk into a crowded coffee shop and spot a party getting up from their table. I wait for them to get up, making sure to be as unobtrusive as possible so as not to rush them, however, obvious enough so that they see that I am waiting. Finally they get up, and their empty plates of salad, tiny wayward greens, a tea bag haphazardly squished on the table, balled up napkins, and half empty coffees and saucers are left behind. Not cool!

Always buss your table if there’s a bin. If there’s no bin, ask!

Next week on The Freelance Life, Jon will guide you through NSFW viewing and outside food in the coffice, and discuss the age-old problem of seat hogging.