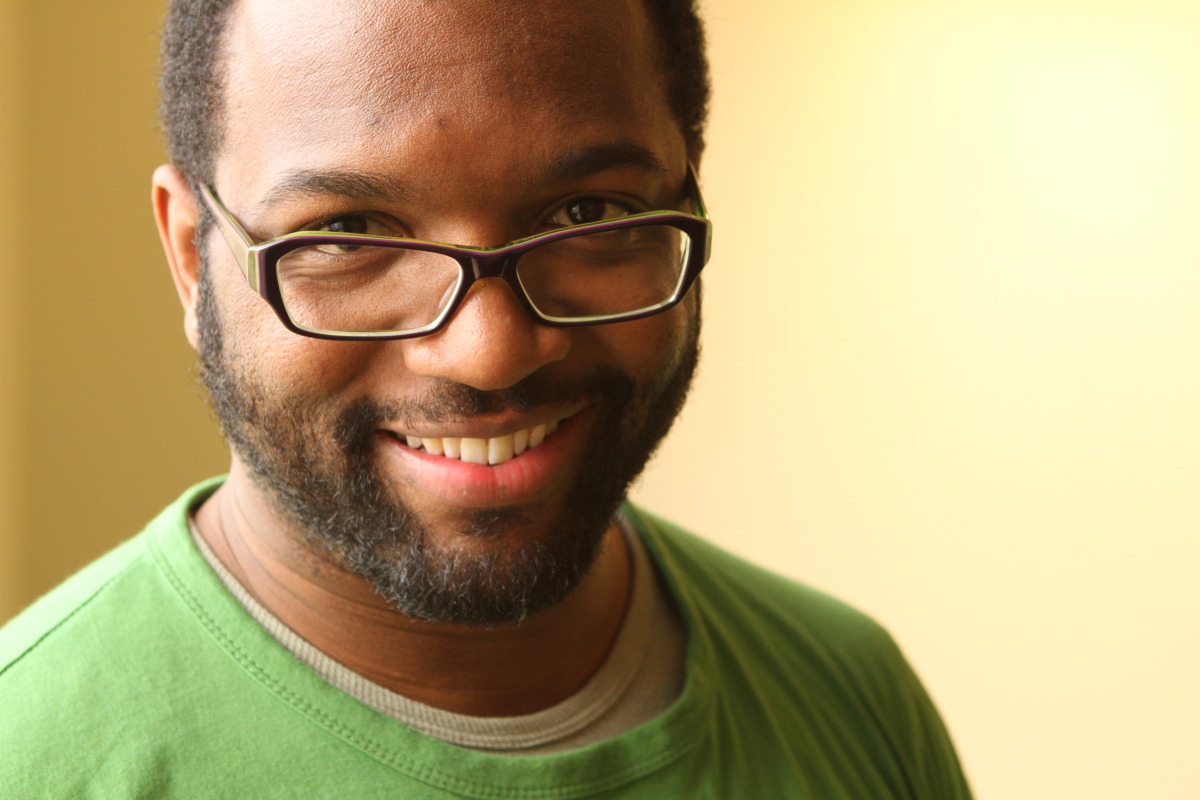 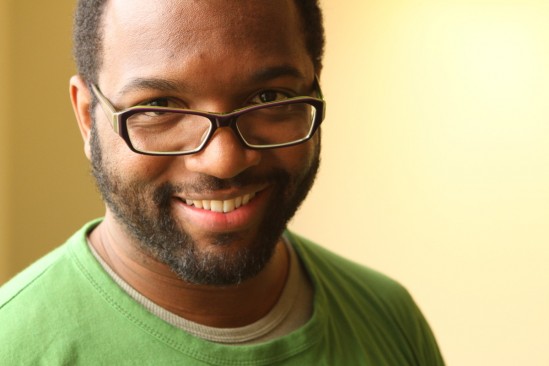 As one of the most influential voices in social media, Baratunde Thurston has what publishers call a major platform to promote his new book, How to Be Black. In it, Thurston takes apart the idea of “post-racial” America, explains the crucial role of the Black Friend and examines race through a personal, and seriously funny, lens. We talked to him over the phone, and he told us how much he loves Brooklyn, meat, whiskey and, yes, Twitter.

You talk about a serious issue, racism, in a lighthearted way, without making light of your subject matter. Have you found that humor is the best way to broach difficult subjects?
Conflict breeds fun. Conflict can just be conflict. It can be awkward, it can be full of shame, and embarrassment. It’s a moment, it’s an opportunity, for comedy and for fun and for self deprecation and other deprecation. And when we approach it assuming the best, instead of assuming the worst we have an opportunity to actually say what we mean, and even if we’re wrong, to have said it and to learn from the process.

Brooklyn Based can feel like a list of the whitest spots in Brooklyn sometimes. Do you have a list of the blackest places to share?
I’ll recommend a restaurant that’s a black-owned restaurant on Myrtle, its called SoCo (509 Myrtle between Ryerson and Grand)–wonderfully delicious food. And, this is not a public venue, but this is a space where great things in Brooklyn happen. It’s the This Week in Blackness studios, that Elon James White produces out of. He runs a radio show out of there called Blacking it Up, it’s possibly the blackest place in Brooklyn because of how much black media pours forth from the internet cables coming out of his apartment in Bed-Stuy.

Baratunde prefers to leave Foursquare tips to think on.

What are your favorite things to do in and around Brooklyn?
I like eating. I’m a big fan of food. I have it most days, probably couldn’t live without it. I love brunching, rather hard. And I love whiskey, I’ve got some favorite spots in and around my zone. I love Char No 4 (196 Smith between Warren and Baltic) especially. When I first moved in to Brooklyn a few years back I did a big birthday party at Char No 4, I like meat and whiskey so I definitely love that place. I’m a big fan of National (723 Fulton, between Elliott Place and Fort Greene Place) , the Thai spot that’s closer to my home.

I love the park, Fort Greene Park, those summer dance parties are one of my favorite things about Brooklyn.

You brunch hard?
The phrase “We brunch hard” is something that Elon [James White] came up with. He has #webrunchhard as the hashtag that he came up with and I have #whiskeyfriday. A lot of people attribute #webrunchhard to me and that’s not true. I do brunch hard, but I didn’t come up with it. I’m just a heavy, heavy proponent. But Elon made a music video, and I think you have to use it, because I just realized what the beat is. It’s mildly insane, but it’s hilarious.

How do you see the Brooklyn landscape in terms of race, class and gentrification?
I have a limited depth of perspective, but I’ll offer what I can, because I am newish, very new relative to the age of Brooklyn–I’ve been here two-and-a-half, it will be three years in August. I love what I know, I’m learning more all the time.

I grew up in Washington D.C. in a neighborhood which was the way Brooklyn was. There was a time when no one came to Brooklyn, specifically no one came to Fort Greene. It was super black and it was poor, and it was just uncomfortable, it wasn’t advisable for people who didn’t live there to come there and for a time that was how my neighborhood was in Columbia Heights. And I’ve seen what’s happened there–all sorts of money has flooded in. Target is there, there’s fancy restaurants that serve a lot of different types of wine, a new younger, whiter, childbearing-er class has in large part taken over.

There can be an unintentional, often arrogance to new residents–“I’ve discovered Brooklyn!” It’s like Columbus discovering America, it was here. I’m more gentrifier than gentrified in this case, I’m the new guy to Brooklyn. There’s a necessary respect for where you are and who has been there that requires some conscious consideration. I don’t know if there’s an exact program that you’re supposed to do, but there is a presumption that needs to not happen. A little less exuberance, as if this place were dead before you showed up.

One of the ideas I really liked from How to Be Black was a quote from Damali
Ayo reformulating tensions about race into the question, “Can I understand?” In the book you identify The Black Friend as the source of much of this understanding. Will you be the official Black Friend of Brooklyn Based?
Well if you’re familiar with Damali, then you’re also familiar with her plans to monetize such requests. I will return to you with my day rate for Black Friend services and we’ll see if we can work something out.

I have sex with Twitter all the time, that’s what I’m saying.

Okay, but I’m going to try to get one Black Friend recommendation out of you for free. Other than buying your book, which I will assume all of our readers have done while reading this interview, what can we do to celebrate the waning days of Black History Month?

Oh my goodness, follow Barack Obama (@BarackObama) on Twitter. You could deconstruct structural racism and create a level playing field. But that’s a lot of work. In lieu of that, follow the black president on Twitter. Baby steps.

Who are your favorite people you follow on Twitter, people you find hilarious, or as my mom would say, that you get a hoot out of?
A hoot! Your mom’s adorable, give her a hug for me. I always get lots of hoots out of Lizz Winstead (@lizzwinstead). I like the account @PourMeCoffee. And let me check, [looks on Twitter then bursts into laughter] yeah, I discovered this kid Ramin Nazer (@raminnazer) like two years ago. He’s very very funny on twitter and I like him. I like reading what he has to say. That’s some comedy magic going on there. One more person, Sara Benincasa (@sarajbenincasa). When I can’t live tweet an event like the Oscars, I send my people to follow her.