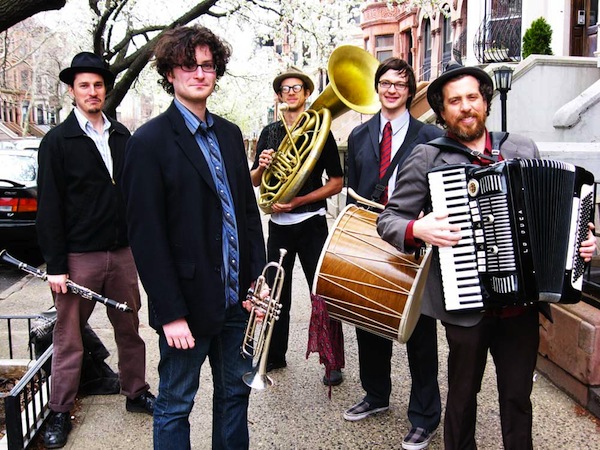 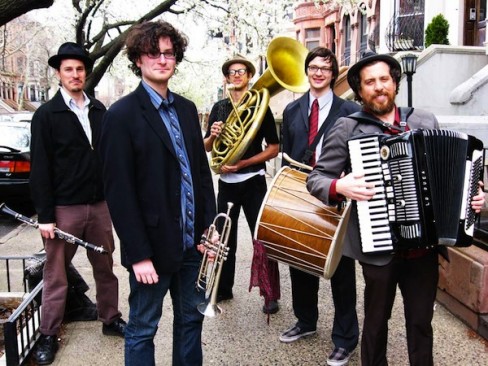 Part of what makes Wedding Crashers such a rad wedding fair is that it gives couples a chance to hear wedding bands perform on stage, in one place, instead of running around town to see a potential band in person. And this year, our third, we’ve upped the number of acts from our typical five or six to NINE LIVE BANDS AND ENSEMBLES!

None of our performers fall into that cheesey Adam Sandler stereotype of wedding singers, or the ridiculous Dan Band from Old School (although it would be pretty hilarious to see them live). Instead, our showcase on Sunday, March 4 is filled with what you might call Anti-Wedding Bands. One of our showcase bands, The Dexter Lake Club Band, coined the phrase to describe this new breed of wedding entertainers. “To me,” said Bassist Jamie Krents, “it means a band that doesn’t just phone it in on the same wedding staples that have been played a million times. I think the stigma of the wedding band is based on the fact that so many of those musicians have been doing it too long and don’t actually enjoy it.”

Aaron Thurston, the founder/owner of the boutique music company, Lucy Music, manages a hand-picked roster of “Anti-Wedding Band” wedding bands and plays drums in one of his own, The Engagements, often at 80s nights at the Bell House and other venues. (He’ll be talking more about this trend on WNYC’s Soundcheck this Wednesday, February 29 at 2pm!) For the most part, all of his acts are made up of friends and gigging musicians in Manhattan and Brooklyn, “who come together to perform covers without the gloss and cheesiness that is so often associated with wedding cover acts.” (As Joel Stein once said of one of his agency’s bands, “The Loyales were the best wedding band ever because they weren’t a wedding band. They were just a really great band.”) Thurston also sees a trend among couples booking Anti-Wedding Bands. “Most of our bookings,” he says, “come from the couples themselves, and not through wedding planners… It’s not a budget thing–we’re a 10-piece band getting paid well. It just seems like people would rather spend their money on good food and good music, and save on the extra frou frou.”

We feel something is afoot too. This year, we heard from way more bands looking to play our wedding showcase than in previous years, including acts like the Balkan wedding band, Raya Brass Band, who perform at a myriad Brooklyn events and venues (not just weddings). You can hear them, and our eight other excellent bands between 3pm and 6pm at the Bell House, where we’ll also have small bites from Radish, fruit smoothies from Coconut Rob, a DIY screenprinting table from Gowanus Print Lab, and Luckystar Photobooth. You can buy tickets to just the showcase ($10 in advance/$15 at the door) or the entire fair ($25-$35), which includes showcase admission, here.

Below is the lineup of live music you’ll hear: 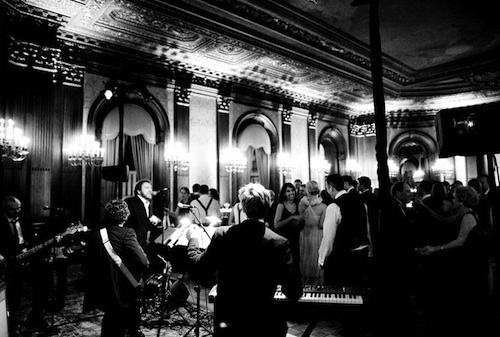 MAIN SPACE
3:30pm MIXTAPE: a cover band for hipsters
MIXTAPE: a cover band for hipsters is not your parents’ wedding band. We say NO to the BeeGees and YES to the Black Keys and put a fresh face on your favorite mixtape songs, like the ones you made for each other when you started dating. Flexible, affordable, fun, and conservatory trained to boot, so we can tack on classical for your ceremony and jazz for your cocktail hour! (Check out their video montage here»)
4:00pm The Dexter Lake Club Band
“One of the Top 10 Reasons to get Married in NYC”- New York Magazine. Recently profiled in a New York Times Sunday Style cover story, the Dexter Lake Club Band is New York City’s premiere event band. Our sets are made up of the best classic rock, 80’s songs, and early soul/R&B, with special attention paid to playing songs other than just the usual wedding “staples.” (Download their cover of “American Girl“)
4:30pm The Engagements
“Possibly one of the best cover bands in the history of the universe.” – Gowanus Your Face Off. Catering to couples looking for a unique alternative to the typical, cookie-cutter wedding, The Engagements play a lot of 80’s covers, along with rare soul and Motown. This 10-piece band’s set lists are full of songs that haven’t been played to death at weddings. Recent performances include the 2012 Undead 80s Zombie Prom, The Eugene Mirman Comedy Festival, and The Bell House’s Pretty In Pink Prom. (Download their cover of “Close to Me“)
5:00pm The Loyales
“The Loyales were the best wedding band ever because they weren’t a wedding band. They were just a really great band.”–Joel Stein, Time Magazine. Brooklyn cover band The Loyales, is the kind of good time dance band they don’t make anymore. Championing juke joint, rootsy dance music, this band joyfully rolls out song after song by classic soul and roots artists. It’s like having a live band playing through an old juke box’s 45′s. (Download their cover of “The Push & Pull“)
5:30pm Raya Brass Band
Raya Brass Band brings the joy, vitality and immediacy of an Eastern European village band to weddings and celebrations throughout the Northeast. Featuring odd meters, unusual scales and a fine helping of gorgeous Balkan and Romany (Gypsy) melodies played on reeds, trumpet, accordion, tuba and drums, Raya Brass Band loves a parade, a procession, a party and can play anywhere at any time, creating spontaneous outbreaks of cheers, clapping, huge smiles and mad dancing. (Download “Di-Di“)

FRONT LOUNGE
3:45pm Helvetica String Trio
With combined playing experience of over 40 years, the Helvetica String Trio is comprised of Jamie Wilkinson, violin, Portia Zwicker, viola, and Layne McNish, cello, all classically trained. The members of HST regularly perform with orchestras throughout NYC, and as a trio, often collaborate with the band Prairie Empire. HST is the perfect touch to your wedding ceremony, cocktail hour, or event. From traditional music to special requests, the HST can fulfill your music needs!
4:15pm The Prenups
The Best Name In Wedding Bands. “I plan on getting married at least once a year just so I can have a wedding where The Prenups are playing.”–Will Dailey (CBS Recording Artist) The Prenups are a 5-piece guitar-driven rock band formed by friends and members of successful indie bands. They’re gritty and soulful, they lean on 60s and 70s soul and rock, and they pack the dance floor. (Download their cover of “Let’s Spend The Night Together“)
4:45pm Tribute String Quartet
Classic Covers of Modern Music. The Tribute String Quartet is a Brooklyn, NY-based ensemble that recreates classic rock and pop covers in a traditional string quartet format. The group’s most recent release is “String Trio Tribute, Volume 1,” and features gorgeous, non-traditional arrangements of classic songs by David Bowie, Elton John, Stevie Wonder, Sam Cooke, and more. (Download their cover of “Bennie & The Jets“)
5:15pm Baby Soda Jazz Band
“With your eyes closed, you could have been on Bourbon Street.”–NY Daily News. Baby Soda is on the forefront of a new movement loosely known as street jazz; with an eclectic set of influences ranging from 30’s era swing, New Orleans jazz, and southern gospel. The ensemble doesn’t desire to recreate the past, rather they bring the concept and joy of the music to the present. (Download their cover of “Tiger Rag“)