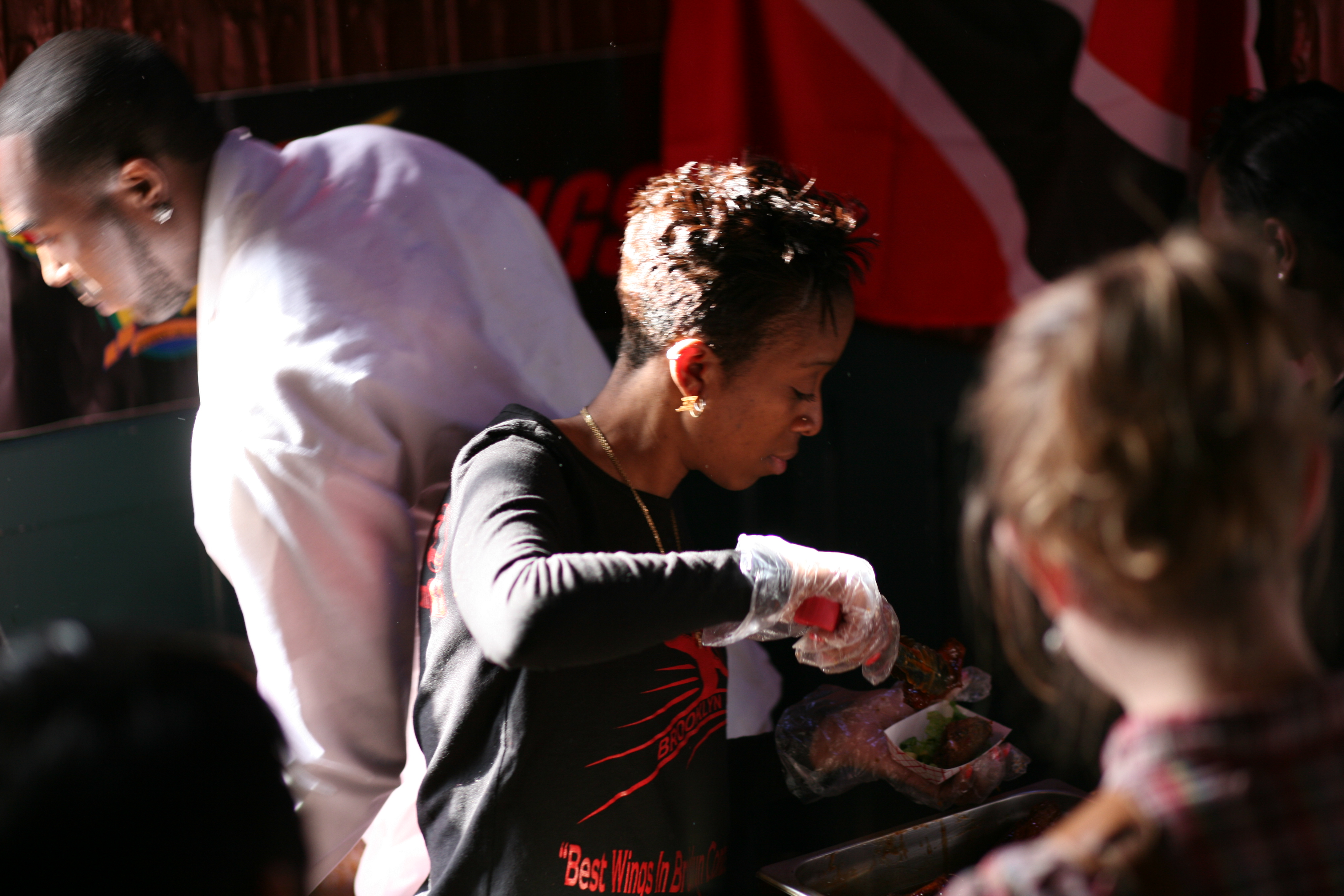 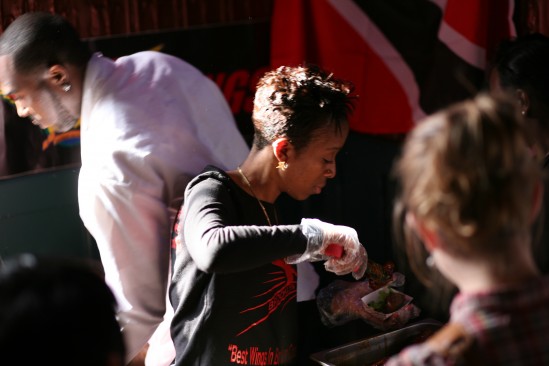 We seriously underestimated the power of poultry to mobilize the masses when we showed up at Red Star in Greenpoint last Saturday for The Best Wings in Brooklyn Competition. The line of people waiting to name the king of all wings was wrapped around the block, so we bypassed the huddled masses yearning for free wings and entered the bi-level sports bar to see what was worth freezing outside on Franklin Avenue for a few hours.

For three years, some of the best bars and restaurants in Brooklyn have been throwing their wings in the ring once a year at Red Star and asking the events nearly 2,000 attendees and a five-person judging panel to name one wing to rule them all. This year’s judges panel included Jacob Osterhout of the NY Daily News, Peter DeNat of Yelp Brooklyn (which helped sponsor the event), Sarah Zorn, a food writer for The Brooklyn Paper, Sharon Beason, the founder of Brooklyn Exposed, and Liza DeGuia, founder of Food Curated. While the judges chowed down on offerings from Bonnie’s Grill, Mulholland’s, Lone Star, Bean Post Pub, Super Wings NY, Red Star and last year’s winner Life Cafe 983, we chatted with the event organizer Nick D’Arienzo in between bites of a Bean Post Pub wing that had been enrobed in a sauce involving Southern Comfort. 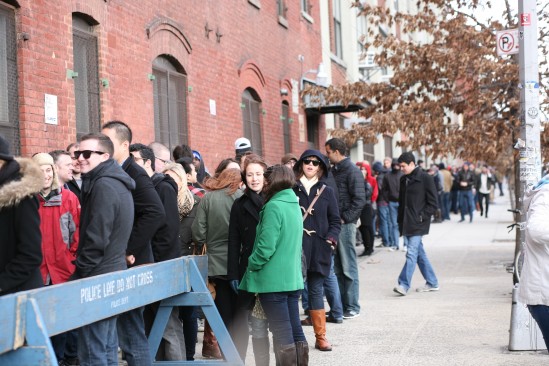 A line of hungry wing lovers wrapped around the block all afternoon.

“No one gets in without us having been there at some point trying out the wings,” he told us about the selection process, which starts around Thanksgiving. “We can handle about 14 or 15, so we invite 16 or 17. There’s drop off. Some people get a little daunted feeding that many people. You saw the line outside.”

Indeed, the bar was teeming with attendees all crowded around chafing dishes trying samples of wings from areas as far flung as Canarsie and Bay Ridge as well as Williamsburg, Park Slope, Bushwick and Crown Heights. Kathleen Kirkpatrick of Life Cafe, which was an institution in the East Village for 30 years before relocating to Bushwick almost a decade ago, was looking to defend the cafe’s title with a sauce recipe her cook’s been perfecting for 16 years–The Brutal.

“It’s our most popular flavor wing,” she said. “It’s pretty spicy. People like it hot,” and from the ever-present line at Life Cafe’s table we tended to agree with her, though by 7pm that evening, when Borough President Marty Markowitz made an appearance to award the winner, it was clear a repeat wasn’t in the cards for Kirkpatrick. Super Wings NY, which won the inaugural competition in 2009 (at which BB editor, Annaliese Griffin was a judge), came out on top. Also, over 500 attendees cast ballots for a People’s Choice award, which went to Red Star for its Raspberry BBQ wings.

The real winner of the event however was the Dr. Theodore Atlas Foundation’s boxing program, “Atlas Cops & Kids,” which the event raised almost $5,000 to support its endeavors to educate inner-city youth.