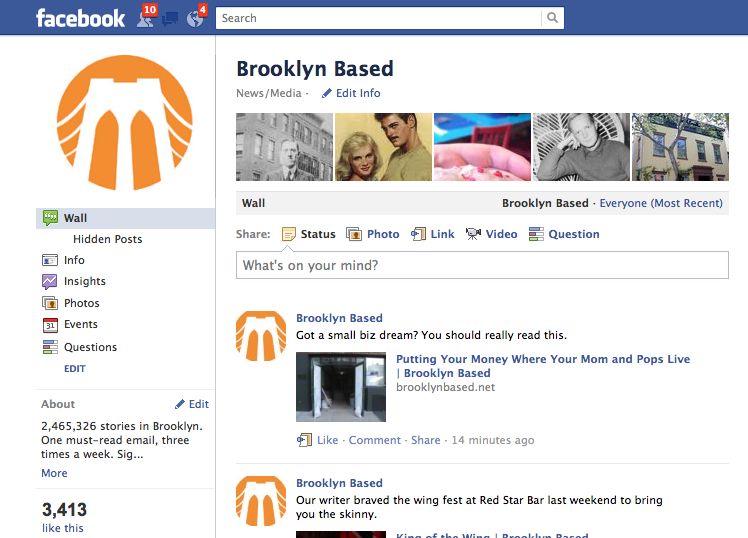 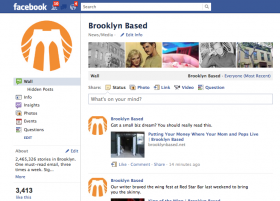 Welcome folks, to The Freelance Life where we talk about the idiosyncrasies of being a Brooklyn-based freelancer.  This week we deal with the all-important subject of social networking.  Don’t expect a self help-ish, sermon on the potential power that understanding and mastering social networks can unlock in your life and career. Consider this a guide on “How Not to Be a Digital Douche,”  delving into the absolute no-no’s of social for freelancers and the occasional boon the Twitterspacebooks of the world can sometimes present.

Allow me to offer you a glimpse into the future of the internet.  Soon, all social networks will be in effect, the same thing. For instance, Facebook is attempting to become a search site, like Google, but rather “a social search site.” For example: if you search for movers in Brooklyn and one of your Facebook friends once used, and then Yelp-reviewed, a mover in Brooklyn, said mover will pop up at the top of your Facebook search results. With Google Plus, Google is attempting to become more like Facebook just harder to understand and with the constant grating suspicion that nobody actually ever uses it. Yelp has social elements, Reddit does too. LinkedIn is loosening its tie with the occasional baby or cat photo, and Twitter is really just a way for most people to stalk celebs.

As a freelance journalist and fiction writer all I can do is offer you what I’ve learned using social networks for my own pursuits.  Without further ado I present: The Freelancer’s Do’s and Don’ts of Social Networking Part I.  This week, we begin with Facebook.

Tastematch: Meaning share music videos, live performances, download links or movie trailers.  Just because these things probably aren’t “news,” doesn’t mean they’re a waste of time.  Furthermore this sort of thing can have both professional and personal value.  The editor of Brooklyn Based for instance, may find herself suddenly intrigued by your vast knowledge of the Wham discography and keep you in mind for future work, or in case George Michael ever moves to Dumbo. (True. -Ed.)

Share News: You don’t get any points for being the first person to report the latest celebrity death, but it might make you less likely to be filtered off of somebody’s news feed.  Be honest with yourself when it comes what you share.  For personal stuff: share what actually interests you.  For news: share what you actually react to.

Share Other People’s Work: If you’re a writer, you should be doing this wherever and whenever you can, but posting a friend’s article, particularly if it’s a really good article or if the author cares a lot about it, is good karma and that person is likely to do the same for you in the future.

The very key for lesser-known writers to garner more readers for their work on the internet is to interact.  It takes time and effort, but if you spend as much time interacting, liking, commenting and sharing the work of others, as you do promoting your own, you will see results.

Accept All Friend Requests: Again if your Facebook has a professional function, anyone who wants to be your friend, should be able to be your friend.  If they’re annoying, stalking you or someone you secretly hate, you can still anonymously block them.

Facebook DON’Ts
Don’t Believe Job Offers: If you get hired for a full time job on Facebook, there’s an 85 percent chance you’re still actually un-employed.  Furthermore, don’t initiate business via Facebook messages or wall posts.  If you, through some twist of fate, friend Stephen King on Facebook and he for some unfathomable reason confides in you, don’t post on his wall “I think you made a good choice in leaving your agent!  Also, I hope that thing you told me about clears up.”

Don’t Make Initial Contact on Facebook Unless it’s a Last Resort:  I say this because, often as a journalist looking for a famous or semi-famous contact, Facebook magically winds up being the only viable option.  So, if you’re reaching out to say, Mary Gaitskill for an interview on Facebook, be sure you’ve exhausted all other avenues in attempt to contact her.  Be sure to try finding her email or agent or publicist first. The etiquette of the internet is an elusive thing and how to go about something like requesting an interview is ever-changing.  Knowing whether or not to reach out to someone’s agent or publicist rather going for them directly can be very hard to know.  In my experience: anyone involved in the movies except for the occasional comedian will scoff at any attempt to contact them directly.  Writers on the other hand can go either way.  If you have any connection to them directly, like a friend of a friend or a colleague, ask for an introduction or at least permission to refer to the friend when introducing yourself.  Musicians are a grab bag. Someone’s publicist may treat you like the enemy while the client may practically urge you to grab beers with them.  It’s a major grab bag. Persistence and an unshakably polite tone are your best tools.

Don’t Chat: Unless we’re talking about non-work friends who you speak with every day or grew up with, people don’t want to chat on Facebook, it’s annoying and like the demon spawn they call  “The Timeline” you’re basically forced into it.

Do you disagree?  Follow me on Twitter and I can at least recommend people to follow who know more on this topic than I do.  Next week we brave that perilous terrain called Twitter where land mines of information blow up at any given moment.  I will tell you how to avoid the hurt locker.