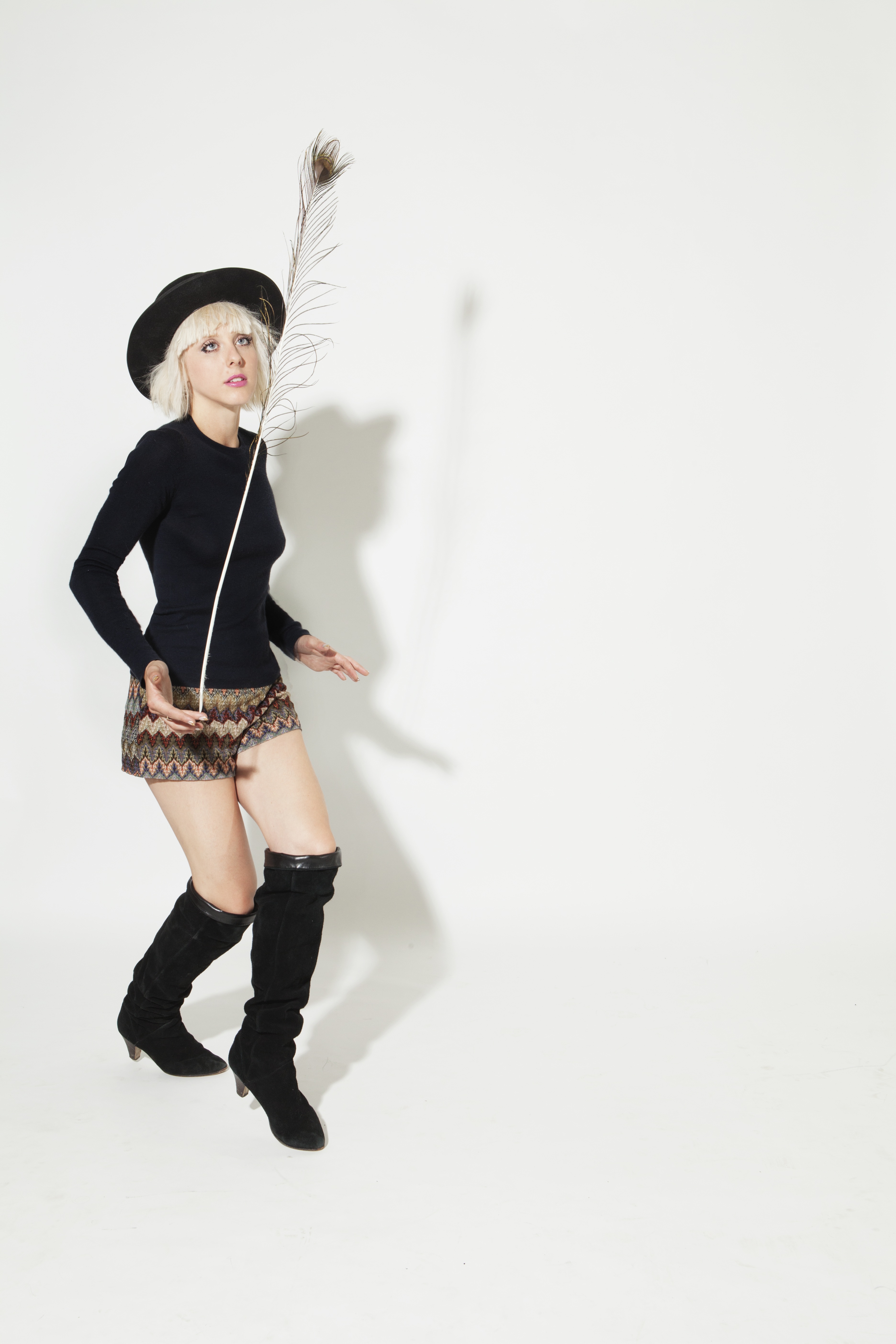 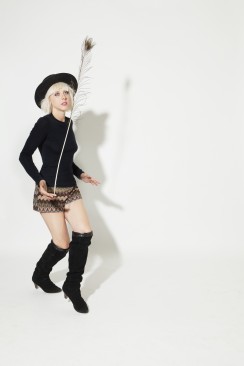 “I would say Cliffie Swan is a lot more menacing,” Knapp told us. “There’s a lot of distorted guitars and kind of Black Sabbath-style of drumming. My solo work is more mellow.”

With its dreamy backdrop, Knapp’s lovely vocals, and catchy melodies, Into the Waves–which came out on February 28–is a lush and ethereal work. Stylistically, the music is very eclectic, from dance-influenced numbers like “Glasses High” and “Close to Me,” to ballads like “Evermore” and “Nothing to Lose.”

“I’d say it’s a pop-vocal record in the traditional sense,” she explained, “where the vocals are way up front, and the production speaks to that. But it’s a little more eccentric than maybe what you think of as being a pop vocal record.”

It took Knapp over a year to record and mix the album, because it was produced in chunks, she said. Some of Into the Waves’ songs date back as far as 2007. “There’s a lot of feeling of solitude in the songs too,” Knapp said, “but a lot of compassion. I traveled around a lot and moved. I went to several different schools and just been through a lot of transitions in my short life.”

She said that much of her songwriting draws from her experience processing those changes. “It is difficult leaving things behind or feeling like you’re constantly shifting. I’d say a lot of the songs were also born out of compassion for my friends, family and loved ones.”

A San Francisco native, Knapp came to New York to study art and graduated from Cooper Union a few years ago. She describes herself as a visual artist who works primarily with paper in ink. In fact, one of the songs on the new record is titled “In Paper.”

“I guess there’s a desire for me with drawing to want to contain something or control it in a way,” Knapp said, “to have something on paper, it’s smooth, it has this surface and it feels like this world is contained within a frame. The song was about the loss of a relationship, but in a greater sense [it’s] knowing that you can’t contain things within the frame, even though there’s this desire to do so and it’s pleasing.”

The singer, who lives in Williamsburg, is opening for Nite Jewel on April 24 at Bowery Ballroom. Though she wants to go on tour, and recalled a gig in London with Lights as a career highlight, she said that recording agrees with her as well. “I really love recording vocals,” Knapp said. “It’s really exciting too–I will have the concept of a song in my head, and I can hear it clearly, but it’s really gratifying to actually lay down the harmonies and to be able to play it back and hear it. And to be able to share it with people really. That’s the greatest joy.”