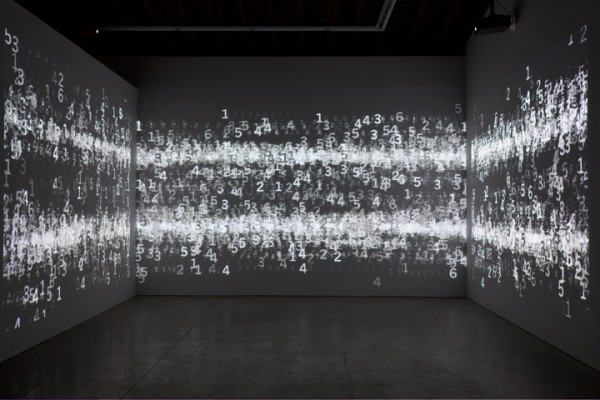 Bushwick’s siren call of vacant warehouses and lower rent has long been irresistible to young New York artists. Then came the rustic-chic restaurants and MacBook-only coffee shops. And now, well, move over hipsters, Manhattan’s blue-chip galleries want in on the scene.

Luhring Augustine, well-known for its location on West 24th Street, opened its freshly tinted doors a few blocks from the Morgan L two weeks ago. The sparse, monolithic building, which looks to have been transplanted directly from Chelsea, will serve as the gallery’s Bushwick annex, hosting large-scale installations and long-term projects.

It seems appropriate for the inaugural exhibition to feature Charles Atlas, a New York based film and video artist. Much like Bushwick itself, Atlas has always been there in the background (documenting dance legends such as Merce Cunningham and collaborating with the likes of Leigh Bowery and Yvonne Rainer), but he has yet to be put fully into the New York spotlight. In addition to the Luhring Augustine show—his first major solo exhibition in New York—his video Ocean (2011) is being screened at the 2012 Whitney Biennial. In April, Atlas will begin a four-week-long stint in the Museum’s artist residency space, venturing into territory he has not yet explored: live performance.

Here at Luhring, his installation is like swimming through the dreams (or nightmares?) of a computer programmer: numbers, numbers, everywhere.

In one corner of the gallery, the video Painting by Numbers (2011) is a live version of exactly that—just in the atmosphere of a planetarium. Thousands of digits pulsate in waves, rapidly lurch forward, quickly recede, line up into a ticking, monumental grid, and finally, cascade into piles on the floor. Your eyes move rapidly, following the numbers that scurry across the three screens, but can never quite keep up the pace. It’s a delightfully disorienting ride.

In Plato’s Alley (2009), on the other hand, the movement is more methodical and structured. A massive, projected grid slowly expands and encroaches toward your feet, as if the digital world, too, has fallen under the tidal pull of the moon.

In light of Atlas’s history of documentary work, I’m inclined to think of 143652 (2012) as a film portrait. It carries the same black-and-white aesthetic of Warhol’s Screen Tests, just here, faces of the beautiful have been replaced with steady, stark white numbers. Stare into the face of each digit. Have you ever had the chance to get to know a 6 so well?

The title of the show, “The Illusion of Democracy,” tempts one towards political metaphor. Yet standing in front of the work, it seems better to simply soak it in—to slip into the fantasy of a binary world—than to boggle oneself down in political readings. The digits, in all their stark, terminal beauty, offer a repose from the world that awaits outside—one that is never so black-and-white.

Charles Atlas is at Luhring Augustine in Bushwick (25 Knickerbocker Ave., between Ingraham St. and Johnson Ave.) through May 20.