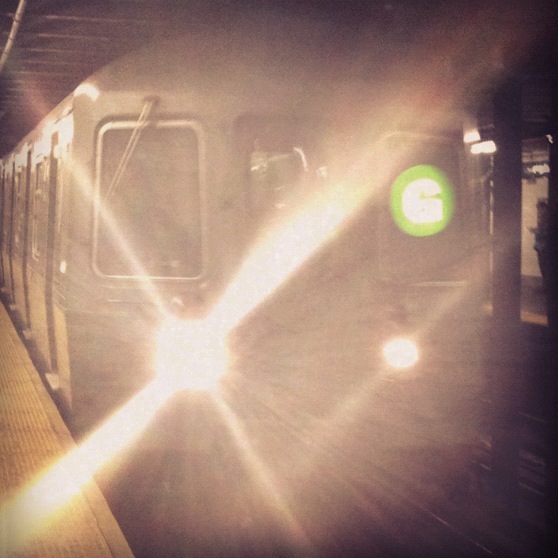 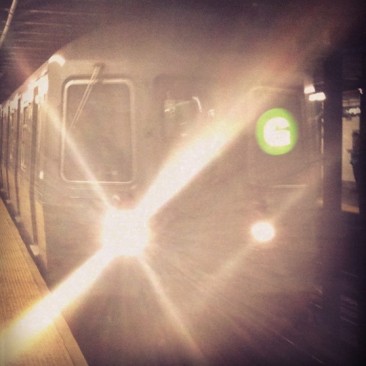 The G-train has been my primary mode of transportation around Brooklyn (well, secondary in biking weather) for close to seven years now, and I’m here to say: Support Lincoln Restler’s petition to keep the G running to Church Avenue. The route was extended by five stops in 2009 and now the MTA may revise the route again and make the terminus Smith and 9th Street, like it was before the extension.

It doesn’t matter whether or not you take this route–it’s a matter of Brooklyn pride. And here’s why:

The G is the only train that doesn’t travel into Manhattan.

It’s the only one-train way to travel between Windsor Terrace and Greenpoint, or Kensington and Williamsburg.

It leads to Fort Greene Park, McCarren and Prospect Parks. For most of North Brooklyn it’s the easiest way to get to Prospect Park on public transportation.

When the Barclay Center opens every train around Atlantic Terminal is going to be packed on game and event nights. Why not keep a line functioning that travels from there through Boerum Hill, Carroll Gardens and then down to South Slope and Windsor Terrace?

The cost of a monthly Metrocard has nearly doubled over the past decade (from $63 to $104).

Not everyone wants to ride a bike.

Manhattan is getting a whole new subway line, can’t we just keep the non-massive capital investment improvements we’ve got?

Speaking of which, I used to love it when the G went out to Forest Hills–you could take one train straight to Jackson Heights for Roti Boti or Korean fried chicken or grocery shopping at Patel Brothers. I understand why the MTA cut that service (it was redundant and ran only at weird times anyway). But why can’t the G go to Queens Plaza, just one stop after its terminus at Court Square? It would link with the N and Q making it even more useful.

So show a little Brooklyn pride and go sign the G train petition.