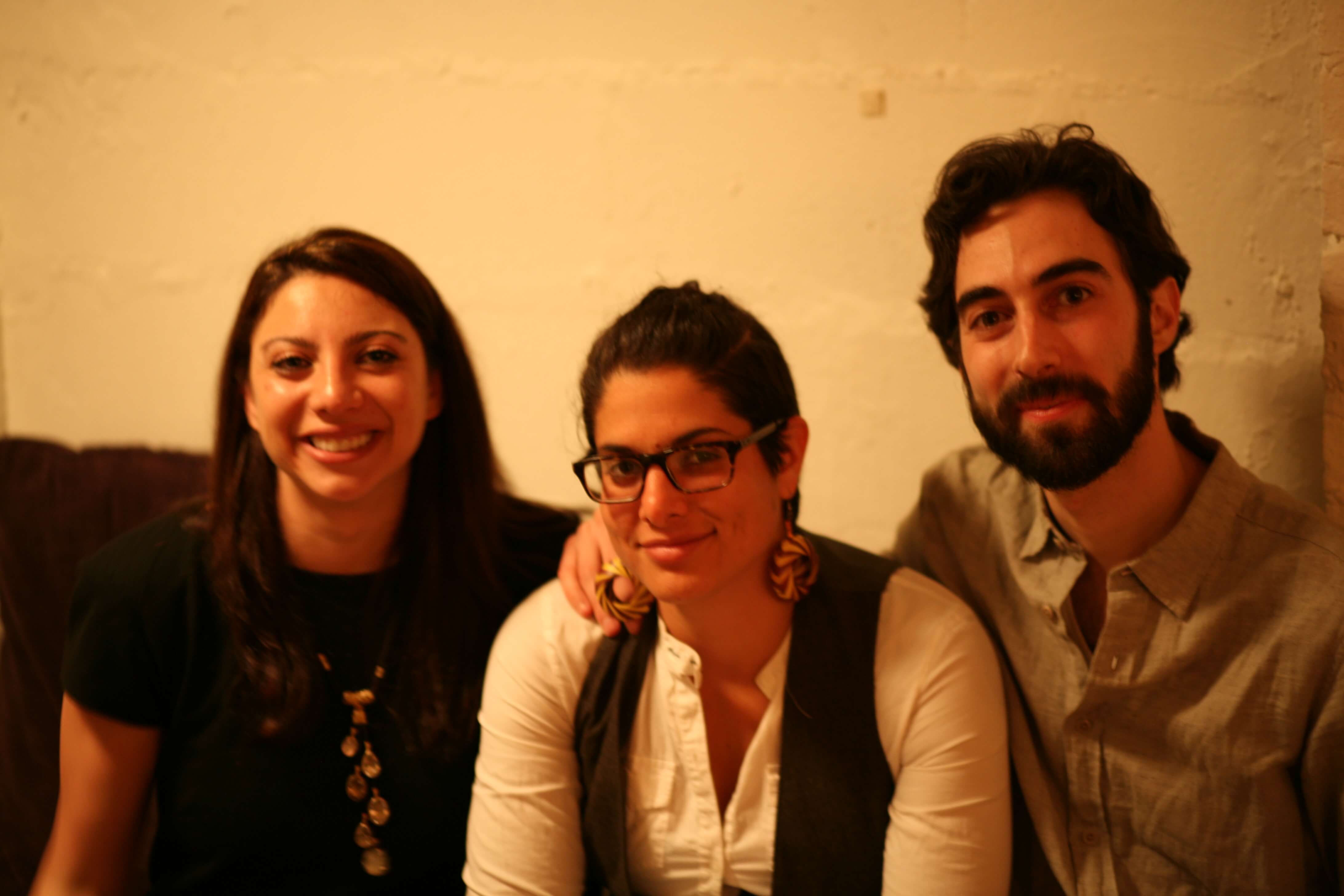 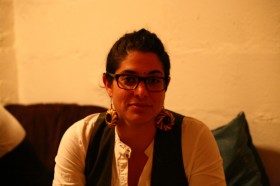 I turned the corner onto Carlton Avenue Sunday afternoon and walked headlong into a crowd of a hundred or so people on the sidewalk outside Smooch. Turns out, I’d come across Gefilteria’s first food laboratory. In the crowd of foodies sipping borscht out of coffee cups was Liz Alpern, one the organizers of the event. A year ago, she and her business partners, Jeff Yoskowitz and Jackie Lilinshtein, started Gefilteria, a new-age producer of traditional Old World cuisine, including gefilte fish, borscht, horseradish, kvass (like kombucha but made with beets) and black and white cookies. The trio now introduces people to their re-imagined offerings of Eastern-European dishes through home delivery–you might have passed them peddling a pushcart through your neighborhood—or at food labs like Sunday’s in Fort Greene. “We realized this was bigger than gefilte fish,” Alpern said. “We were seeing people turning kimchi into the most talked about item on the menu and thought, why can’t we add our traditional dishes into the conversation?”

As Ashkenazi food is having a moment thanks to places like Mile End opening a new sandwich shop in Manhattan soon and a coming out with a cookbook and Karloff on Court Street taking traditional Jewish food off the Passover table and to the public (both Gentiles and Jews), Gefilteria is joining an ever-growing dialog on Jewish cuisine as of late. So, as the crowd dispersed and before she headed to Brooklyn Public House for a celebratory beer, we had to ask Alpern, what’d you do this weekend?

FRIDAY: Friday night I started cooking borscht, a really big pot of borscht. This borscht is a long process that’s why it takes all night. I make this vegetable broth with a ton of different vegetables to give it flavor and caraway seeds and black peppercorns. I make this broth and then I drain it, and then I basically add onion and garlic and boiled beets to the broth. I immersion blend it. Then at the bottom is roasted beets I roast separately. We top it off with some creme fraiche and dill. We try and buy from farmer’s markets as much as we can. This time, we did get some stuff from Rossman’s, which is down in Sunset Park, which is pretty amazing. It’s open 24 hours. Friday night was a borscht night. I also made horseradish.

SATURDAY: Saturday I woke up and made a Guatemalan brunch with my roommates. I just got back from Guatemala. I just sort of woke up and realized I was craving the typical Guatemalan brunch, so we decided to make it. We made platanos and tortillas from scratch. We made black-bean puree, and we made some salad, which was less typical. We sat and read the paper and talked in Spanish and had brunch, which was really nice for me because I was kind of missing that. 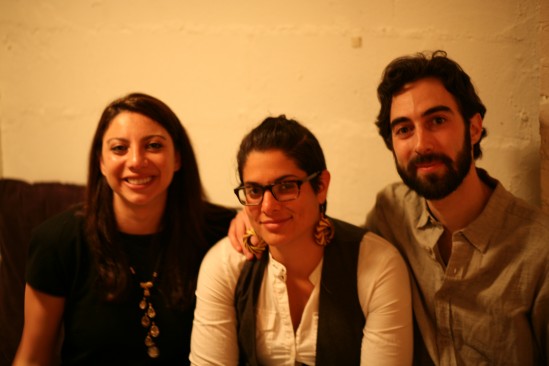 Then I went to the Fort Greene Farmer’s Market and dropped off my compost from the night before. I had a lot of compost from making the vegetable broth. I picked up a bunch of stuff and took a walk around Fort Greene Park to get some fresh air and then I met my business partners back at my apartment to have a meeting and talk about our plans for Sunday.

Saturday night, I started making gefilte fish with my business partners. It’s a pretty long process. We had to do a lot cooking, a lot of pike and white fish and shredding everything up. We prep a lot of veggies. After that, I started making our black and white cookies, and I was up ‘til about 3 in the morning doing that. Then it became 4 in the morning because it was daylight savings time or whatever.

SUNDAY: On Sunday, all I had to do thankfully was frost our black and white cookies–everything else was ready. There were a couple hundred cookies, but the great thing is my best friend is in town from Washington D.C. this weekend. I had originally not told her I needed her help because I was feeling like I had this under control and had a plan. But she came over, she rolled up and brought me a bagel. She’s awesome.

The whole team met up at started setting up. This was the launch of our serious product line. The holiday of Passover is coming up at the beginning of April and this food–gefilte fish and horseradish—are very traditional foods eaten on that holiday. Word got around, and I think people are always looking for something to do on a Sunday. For me, Sunday is a lonely day. Sunday’s not my day. It’s not my favorite day. I find I never know what to do on Sunday. Sunday’s a great day but a weird day. People are always looking for something great to do on Sunday, but also, this is just a great event. We’re the first people ever to take some of these items and really reclaim them and reimagine them, and I think it really spoke to people.

RATING: You know, if you’d asked me this morning, I might have said a 3 because I was pretty stressed out. Right now, I’m riding high on a 5.