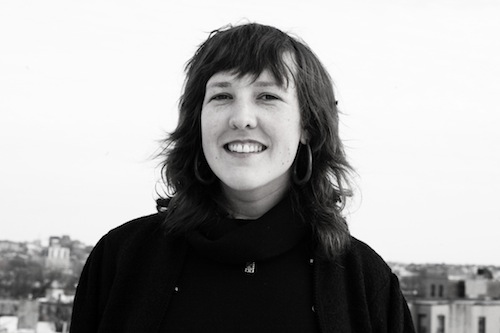 Aside from cooking professionally, Elizabeth Thacker Jones has worked in nearly every other capacity with food. She helped “eating designer” Marije Vogelvang create the Go Slow Cafe on Governors Island, operated solely by senior citizens. She worked with performance artist Jennifer Rubell to create “Incubation,” which resembled a maternity ward for live yogurt making. And for the Union Square Greenmarket, she helped program and produce events.

“In some ways it’s a food culture fair because it’s looking at the way food is talked about in academia, pop culture and art,” said Jones, who lives in Greenpoint. She’s not the only one connecting these dots, she points out. Just this Sunday, The New York Times highlighted all the universities, including NYU and the New School, that now have “food studies” programs (also the subject of a panel). And right now in New York City, the Umami Food and Art festival is offering a full slate of edible-cultural events like a make-your-own-breakfast-cereal experiment with artist Tattfoo Tan, another panelist at the fair. 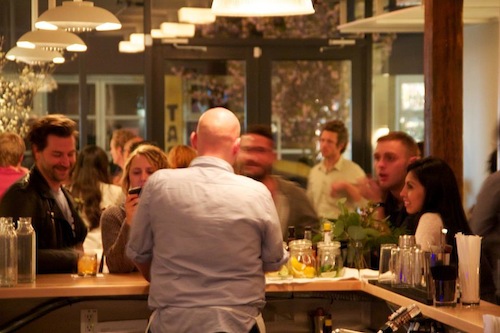 Inside the new Parish Hall

There will be food at this Food Book Fair, though of course you can expect a novel approach. In celebration of the centennial birthday of composer John Cage–who was also a mad mushroom forager and co-founder of The New York Mycological Society–there’s a six-course forager’s dinner Friday night, May 4 in a private dining room at the Wythe. Sunday, May 6, the meals and drinks in Ernest Hemingway’s The Sun Also Rises will inspire the menu at Parish Hall, the brand-new restaurant from the owners of Egg.

And given that this will be the opening weekend of the Wythe Hotel, fairgoers will get a first taste of ground floor bar and restaurant, Reynards, the fanciest addition to Andrew Tarlow’s Diner/Marlow & Sons/Roman’s empire. No composer or author influenced the menu, but we’re sure it’ll be just as alluring.

The Food Book Fair runs from May 4-6 at the Wythe Hotel, 80 Wythe Avenue at N. 11th Street in Williamsburg. Tickets available for the entire weekend, by day, or event at foodbookfair.com.