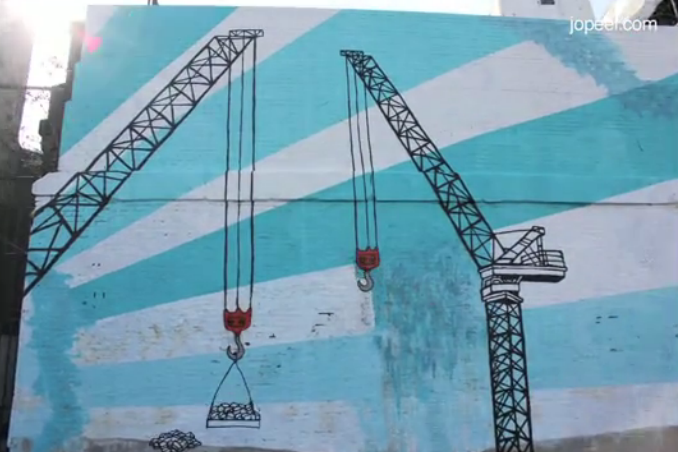 It’s a slightly groggy morning here at BB–after 10 days in Korea and Japan for a wedding (and vacation) the jetlag has set in. The wee hours of the morning found me on the couch, watching A Dangerous Method in an attempt to fall back asleep. It was unsuccessful, perhaps only because I spent the whole time wondering how on earth Keira Knightley came up with that Russian-Jewish-German-crazy girl accent and affectation. Once I gave up on the idea of sleep altogether, Twitter proved far more interesting.

@curiousit The combination of stop-motion film and graffiti in the video above from artist Jo Peel, is a pretty lovely thing to watch while drinking your morning coffee.

@bococaland After being nixed from the Parks budget last fall, an indoor recreation center for year-round sports will be built in Brooklyn Bridge Park after all, thanks to $40 million from a private donor.

@nypl You can learn all about counterfeiting at the Wakefield branch of the New York Public Library tonight.