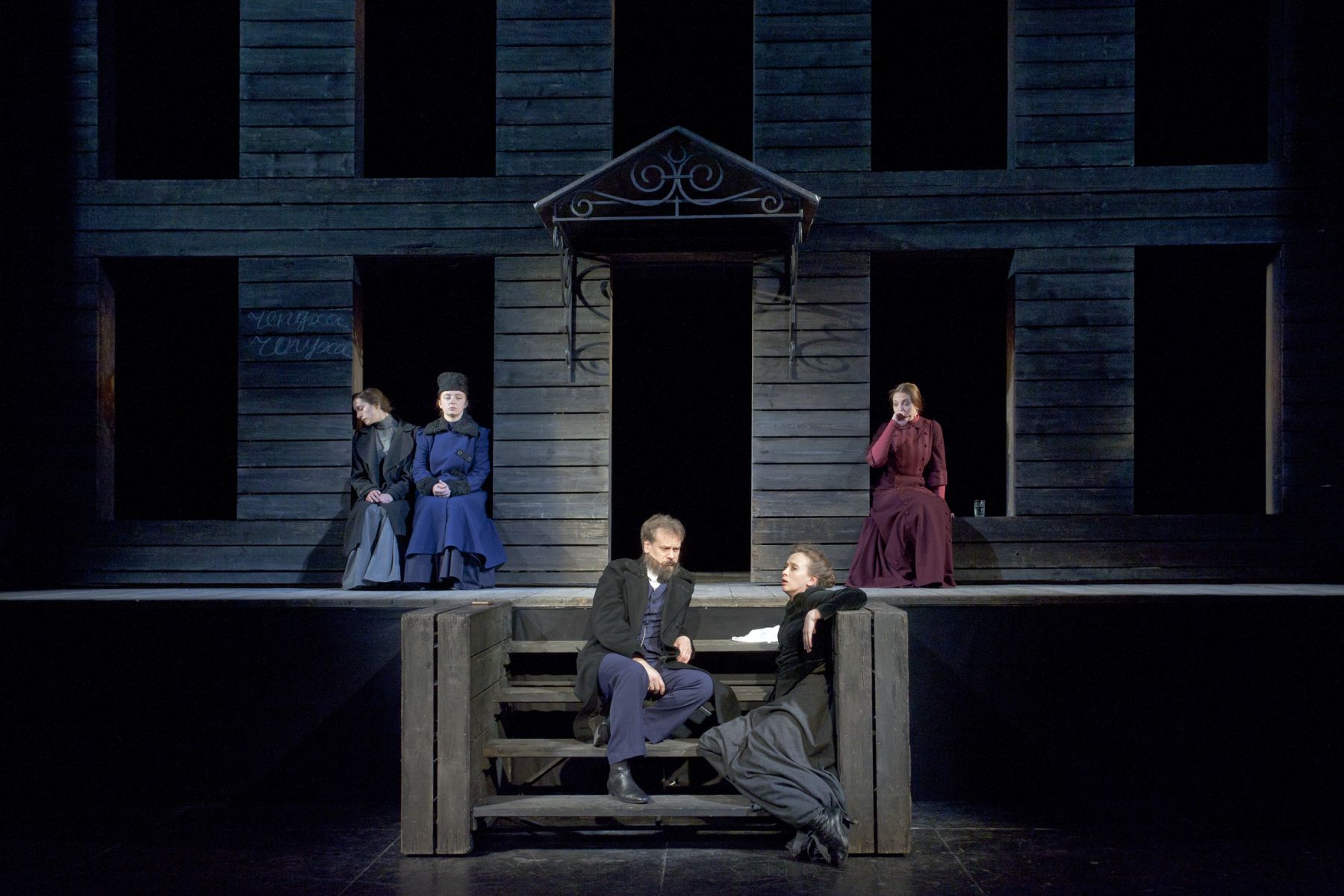 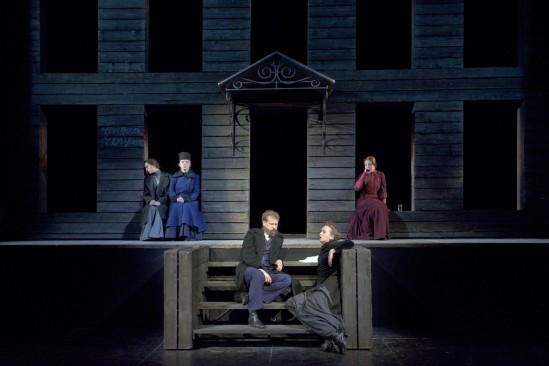 Surely, there’s something redemptive about laughing through your tears. Something heroic about a song when all hope seems lost. Something? Please, anything?

Not when the Maly Drama Theater of St. Petersburg’s in town. In Lev Dodin’s achingly menacing production of Chekhov’s Three Sisters (BAM Harvey Theater, through April 28), heroism is in short supply, and redemption is relegated to a distant future that is all too clearly never going to arrive.

Three Sisters is the story of the Prozorov family; genteel, educated, cultured, and downwardly mobile; stagnating in a provincial backwater, clinging to the outworn hope that someday, somehow, they’ll find their element again, that they’ll make it back to Moscow, where all their dreams will come true.

In this age of mobile workforces and speedy transportation, the Prozorovs’ dilemma can seem mystifying. Some particularly tedious productions leave the viewer internally pleading for them all to head to Moscow if it will just get their whining faces off the stage. The Maly Drama Theater’s interpretation resists such casual dismissal by truly owning the play’s despair, and showing us a world that can’t be escaped, an inertia and a slow loss of all real hope.

Hopelessness is built into the set itself. The Prozorov house, a looming cut-out in gray wood, dominates the stage, evoking the stubborn loneliness found in the ghost towns of the American West. Behind this facade, dinner is served, refugees are sheltered, music is played, but all at a shadowy distance. The audience is never invited inside, and even the characters seem to avoid entering, preferring to perch in windows and doors, or to sit together on a kind of front stoop built out from the proscenium. As the wall moves forward at the end of each act, the strip of stage on which the action occurs narrows, until movement and inflected speech seem barely possible.

For linguistic or cultural reasons, Chekhov resists translation, and even the best English versions seem to lack some essential element. Hearing the play in Russian, knowing that these are the words and cadences Chekhov heard, is thoroughly satisfying. Following the story via English supertitles projected at the top and sides of the stage is less so, but the trade-off is worthwhile.

In a strong and coordinated cast, there are a number of stand-outs. Elena Kalinina pushes middle sister Masha’s temperamental bluntness toward Manic Pixie Dream Girl territory, creating much-needed energy and stopping just to this side of grating. Ekaterina Kleopina is arresting as Natasha, the sensuous interloper who marries hapless brother Andrey and takes over the house. Kleopina takes the character beyond the standard caricature of villainy to show a woman as trapped, desperate, and irresolute as any of her sisters-in-law; unnervingly powerful and eternally present.

Within all this uber-Russian melancholy, Three Sisters offers more than droning misery. There’s laughter (much of it through tears) and there’s naïve hope and philosophy. There’s kissing and pillow fighting, awkward jokes, and catty snark. These are unquestionably living people, which makes it all the harder that they’re dying inside.

More than 110 years after Three Sisters’ premiere, we still don’t really know why we suffer and feel trapped, or what we plan to do about it. All that’s left is a fierce gratitude that we can, in fact, lift up our heads and walk out of the theater, into a life of promise.

Three Sisters at BAM Harvey Theater through April 28. Only a few tickets left for remaining showtimes. Call for best options: 718.636.4100