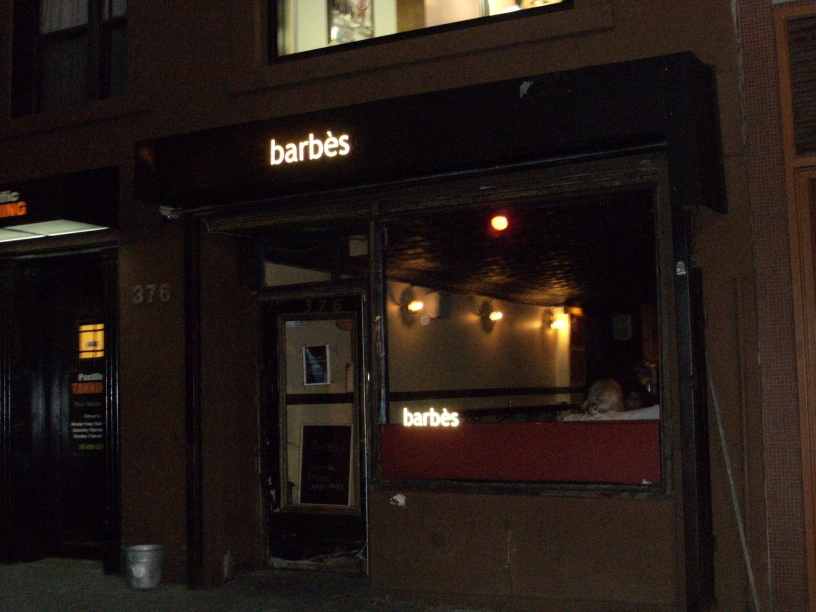 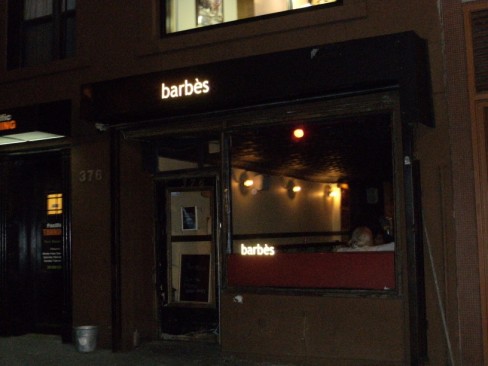 Barbès has been a Park Slope institution for 10 years now.

Park Slope’s Barbès is an establishment that gets to have it both ways. It has the feel of an old-fashioned, intimate neighborhood bar without pretentiousness (although it’s not without its esoteric quirks–like the 45 vinyl record of Donovan’s “Hurdy Gurdy Man” on the wall with a light bulb in the center of the hole). And, it’s also a venue that offers eclectic, and sometime avant garde sounds such as Latin, jugband, classical, French swing and African by artists from around the borough and beyond.

This neighborhood fixture celebrating its 10th anniversary with a series of shows from May 1 to 6. Even the establishment’s co-founder Olivier Conan seems to be amazed by the milestone. “I can’t believe it’s been 10 years,” he said recently. “I can’t believe I’m 10 years older.”

A French musician, Olivier started Barbès with Vincent Douglas. It is named after a Paris neighborhood known for its record shops and North African residents. “We were just looking for a space…where we can have the kind of programming that we’re interested in,” said Olivier. “It took shape really quickly even though it took us three months to find a space and inviting people that we knew. It grew very quickly into a space where people wanted to play.”

He says that Barbès wasn’t modeled after any particular place. “It took shape really quickly, even though it took us three months to find a space and inviting people that we knew. It grew very quickly into a space where people wanted to play.”

The choice to open Barbès in Park Slope seems an obvious one, since Olivier has lived in the area since the mid-80s. “We were getting a lot of musicians in the neighborhood, including myself, and there was absolutely no outlet whatsoever,” he said of those early days.  “Williamsburg was already getting to be what it is now. But anywhere more or less in South Brooklyn there was not much in terms of a smaller performance space, there was a couple of rock clubs, I think Southpaw just opened.”

Whereas most venues stick with hosting a particular musical style such as singer-songwriter or jazz, according to Olivier, Barbès doesn’t have a formula. “Different kinds of people played early on there. But also we catered to the neighborhood. We have a local bar feel to it, so we tried very much to keep the two going at the same time.”

Just like the establishment itself, the brass band Slavic Soul Party has been a fixture at Barbès—it has played there every week for the last several years. Olivier says he’s been a fan of the group. “I was really into European Balkan music before I opened the place. There was not many people doing that in New York at the time. It turned really quickly into a weekly residency.”

Greta Gertler, an Australian singer-songwriter based in Brooklyn, had played at Barbès about 30 times over the last 10 years and even worked there briefly as a cocktail waitress: “Olivier and Vincent are exceptionally great musicians and people,” she said. “They have great respect for musicians, and book great bands of all different styles of music. I have met and heard so many great bands there that I really can’t list them all, but they have all shaped my musical life tremendously.”

She added: “It has always been a major source of inspiration and community. The decor is warm, French-inspired, theatrical, the sound in the back room is exceptional and the atmosphere is always warm and intimate.”

For these upcoming 10th anniversary shows, Barbès will feature such artists including Andy Statman, Catherine Russell, Raya Brass Band, Las Rubias del Norte and of course Slavic Soul Party. “Most of them have played there for five or six years that I can remember,” said Olivier, “and that I personally liked who developed something that I think is very Barbes-centric. They are all people I really admire.”

Asked about what has made Barbès successful, Olivier said that the venue doesn’t try to cater to changing tastes. “We’re not a trendy place, so we’re not subjected to changes and trends. The quality of the music I think is pretty high since the very beginning, so people sort of trust our tastes now.”

“Olivier and Vincent have always been very generous and encouraging of musicians trying out new ideas, musical configurations and other creative happenings there in the back room,” said Greta. “May Barbes live forever! I love it so much.”

Barbès, 376 9th St., Park Slope, Brooklyn, 347 422 0248, is celebrating its 10th anniversary with a series of shows starting Tuesday May 1 to Sunday May 6. Shows carry a suggested donation of $10. For  a listing of dates, artists and show times, visit their Web site.