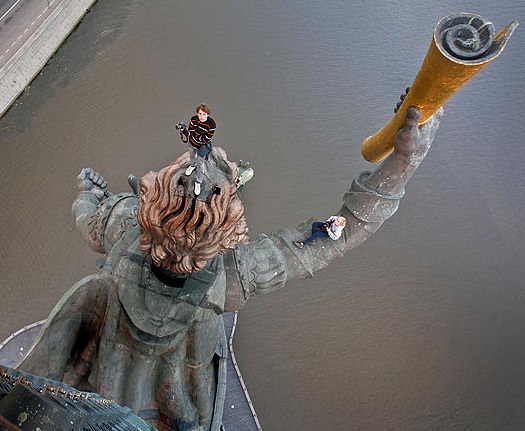 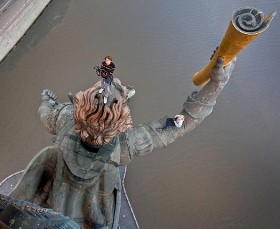 Ok, so Nicole spotted this on Facebook, not Twitter, but have you seen these posts around the internet about Russian teens and “skywalking?” Basically, they climb up on very tall structures and take photos you wouldn’t be able to get from any other angle. Frankly, there’s a whiff of a scam about the whole thing–it definitely plays on our innate fear and incredulity of teenagers and their pastimes, and our ongoing fascination with Russians, they’re so not like us. And, the statue-top photo has a Photoshop-y look about. But then the video, that looks hard to fake. So I’ll go ahead and say it: Russian teens, terrifying in much more interesting ways than American teens.


@anjalimullany Demonstrators around the city were busy yesterday, advocating for new HIV research and better care, and protesting against the state of student loan debt.

@newyorkist Speaking of which, get ready for May Day. Everyone down at OWS is (and so is the NYPD, you can bet).

@backyardandbeyond An upland sandpiper was spotted in Prospect Park yesterday, for the first time in 62 years.