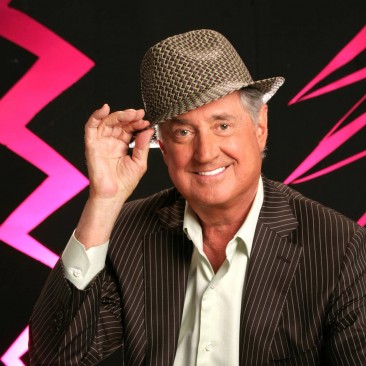 When it comes to pop songwriting, Brooklyn native Neil Sedaka is a legend. In a career that goes back to the ‘60s Brill Building era and the early days of American Bandstand, Sedaka has written and performed numerous hits such as “Calendar Girl,” “Breaking Up Is Hard to Do,” “Laughter in the Rain” and “Love Will Keep Us Together.” His music has been performed by the likes of ABBA, Elvis Presley, the Captain and Tenille, and the Monkees–and has been featured in film, most notably Better Off Dead, one of the greatest teen comedies of the ‘80s.

At the age of 73, Sedaka is still active as an artist. In addition to performing shows, this member of the Songwriters Hall of Fame has also written his upcoming second children’s book, Dinosaur Pet, based on his song “Calendar Girl,”  And on Wednesday, Sedaka will be at 92Y on Manhattan’s Upper East Side for a discussion about his career with Rolling Stone contributing editor Anthony DeCurtis.

Not surprisingly, Sedaka is one of our own, and grew up in Brighton Beach. “I was a shy kid,” he told me a few years ago, around the time Lincoln Center was mounting a tribute show celebrating his 50 years in music. “I was not a jock in Brooklyn, so I was not very popular until I started to write and play popular music. Then I was invited to play in all the teenage parties.”

In the early days, Sedaka was preparing to become a classical music pianist until a pop music career beckoned him. Along with his then-songwriting partner Howard Greenfield, Sedaka was one of the talented folks who came from Manhattan’s Brill Building in the ‘60s, which was a virtual pop music hit factory that included songwriting teams like Goffin-King, Bacharach-David, and  Pomus-Shuman. “It was a friendly competition,” he said. “We all wrote songs in little cubicles with just the piano in this little room. It was a good way of learning your craft.”

While Sedaka is best known for lively pop numbers like “Calendar Girl” and the original version of “Breaking Up Is Hard to Do” from the ‘60s, he has proven to be a wonderful balladeer. An example is “The Immigrant,” which was prompted by John Lennon’s immigration issues in the ‘70s:

The other is the beautiful “The Hungry Years,” a very grown-up and mature number  that tugs the heart strings:

As far as his success, Sedaka told me that he attributes that to performing live: “I love that adrenaline rush. People can tell that I’m moved. I cried many times when I sing them. They’re from my heart and soul.”

The 92Y event featuring Sedaka should promise to be a pleasant stroll down memory lane for fans of this Brooklyn kid’s songs and the music of the early ‘60s. It wouldn’t be surprising at all  if you find yourself humming a few of his songs by night’s end—his music is that indelible.