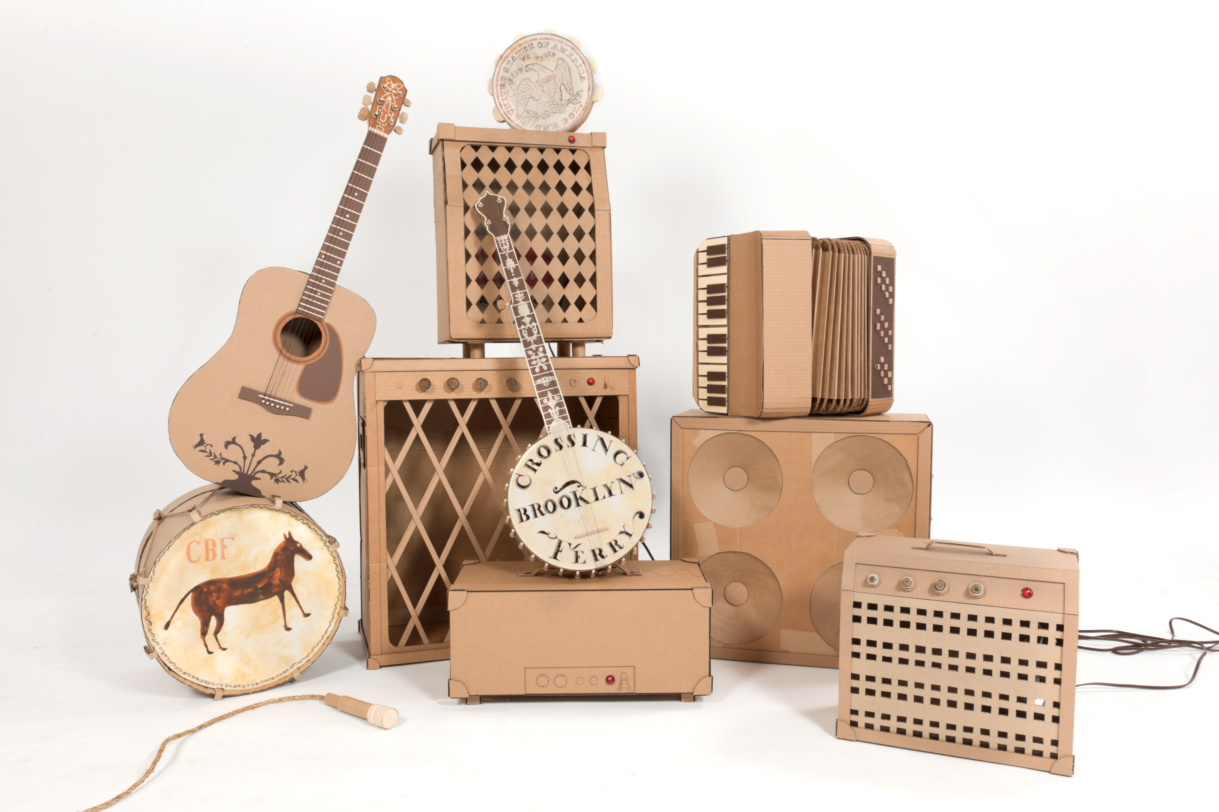 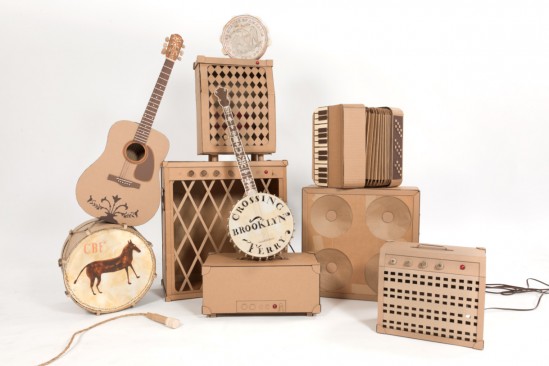 For Bryce Dessner, BAM has been a familiar musical setting. His band, The National, has performed there, and in 2009 he, his brother Aaron and Matthew Ritchie co-created the song cycle “The Long Count,” for BAM’s 2009 Next Wave Festival.  “It is one of our favorite venues in the world,” Dessner says. 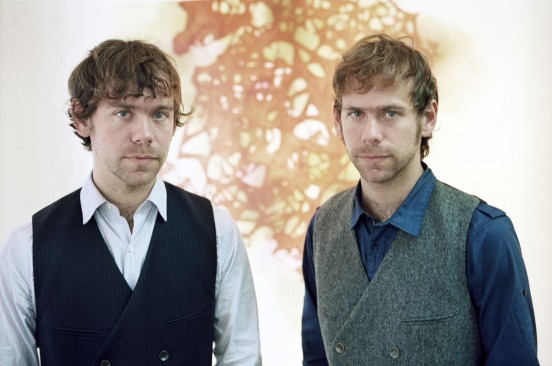 The Dessners of The National (David Kressler)

Now he and Aaron have further cemented their relationship with BAM through their latest project, Crossing Brooklyn Ferry, a three-day music and film festival  starting this Thursday with a line-up of more than 30 artists, inclucing Beirut, St. Vincent and The Walkmen, Sharon Van Etten, Caveman, Twin Shadow, The Antlers and My Brightest Diamond.

“The idea behind Crossing Brooklyn Ferry was to bring together a bunch of the most exciting new artists making music in Brooklyn,” says Dessner. “Brooklyn has really become an important capital of independent creative music both nationally and internationally and it is a scene that is rapidly changing all the time.  The festival is definitely not a complete picture of music in Brooklyn, but it is a snapshot of some of the music happening here.” 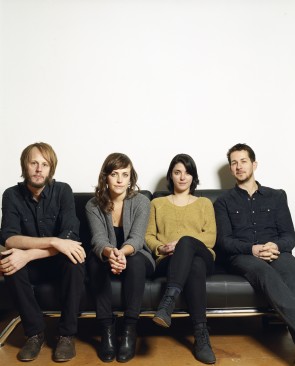 The seeds for Crossing Brooklyn Ferry (also the name of a poem from Leaves of Grass by poet and former Fort Greene resident, Walt Whitman) were planted two years ago when BAM’s artistic director, Joseph Melillo, approached the Dessners about starting a new festival, says Bryce.  “We are most excited to bring in a bunch of younger up and coming bands, composers, songwriters, and ensembles that may not have played BAM before. It is really empowering to all these artists that one of the most important arts institutions in the world is right in our backyard and is open to adventurous programming.”

Collectively, the Dessner brothers have previously known or worked with many of the festival’s artists like Van Etten, St. Vincent and The Walkmen. They also went looking for new musicians and sounds, to round out the bands on offer, says Dessner. “We spent a lot of time listening to music and exploring different communities of musicians, trying to find things that excited us.  I think some people might think these are all people we know and jam with (of course we’d love to!) but in fact we really haven’t met most of them and are very excited to see the shows.” 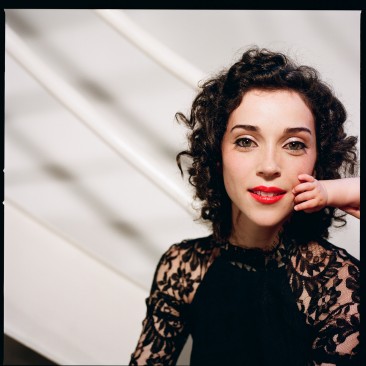 One of the artists on the bill is up-and-coming Brooklyn band Ava Luna, who recently released the album, Ice Level. “It‘s a great opportunity,” says Carlos Hernandez, the group’s founder.   “I love St. Vincent—she is remarkable and we’re playing on a bill with her, so that’s really exciting for me.  We became friends with Sharon Van Etten and we ended up touring with her last March. As far as I understand, she showed [the Dessners] our stuff and they liked it… that’s why they invited us to play. So it’s all thanks to Sharon Van Etten.”

Another act participating in Crossing Brooklyn Ferry is the Brooklyn Youth Chorus. Last year, the chorus worked with Dessner on a piece called “Tour Eiffel” for Tell the Way, a project by the chorus and composer Nico Mulhy.  “I was really busy touring with The National and was reluctant to commit to working with them,” recalls Dessner, “but Nico sold me on it by saying ‘these kids will change your life.” And the truth is they did. I wrote a big piece for them and it was one of the best creative experiences I have ever had.  They are lovely kids and really talented singers and their director, Dianne Berkun, is amazing to work with.”

At the festival, the Brooklyn Youth Chrous will be singing the music of the artists taking part in it, including Dessner, Shara Worden of My Brightest Diamond, and Missy Mazzoli of Victoire, says Berkun.”We are grateful to Bryce and Aaron both for putting a youth chorus on stage in this venue and allowing us to show a new audience the range and versatility of the chorus, and to realize both the unique beauty of this instrument and the singer’s capacity to perform challenging music of great depth and sophistication.” 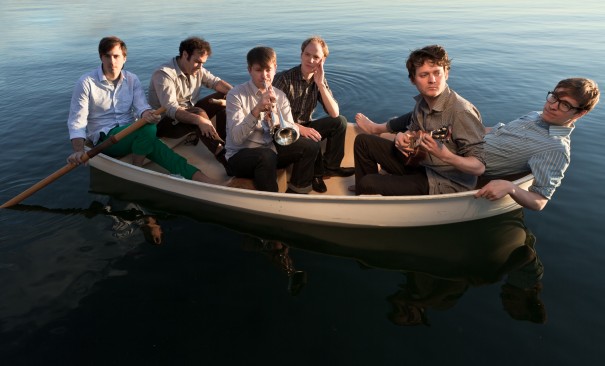 As for the weekend, Dessner says he hopes that he doesn’t get overwhelmed with all the organizational details so that he can enjoy the music. “I also hope the everyone will go see the nine new films and scores we have commissioned for the festival,” he adds. “It’s really the most important part of what we are doing and features some of the best filmmakers and composers in Brooklyn.”

Crossing Brooklyn Ferry will take place May 3-5 at the Brooklyn Academy of Music, 30 Lafayette Ave., Brooklyn; tickets for each date is $45 (May 5 is sold out). For the schedule and line-ups, visit the festival website.