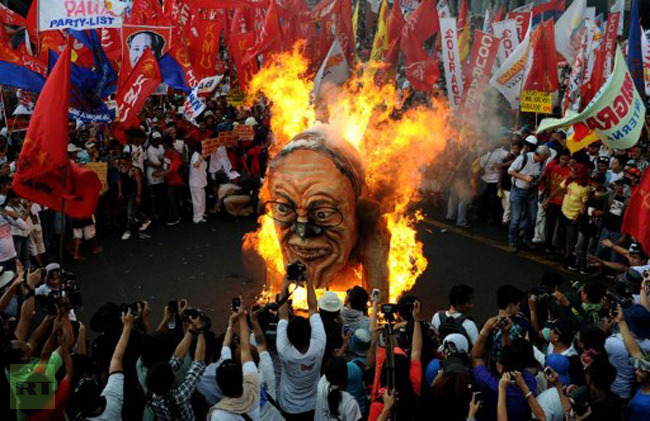 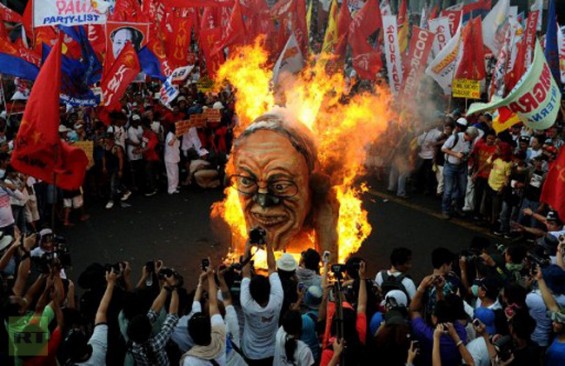 Militants and labour union members gather around a burning the effigy of Philippine President Benigno Aquino in Manila on May 1, 2012 (AFP Photo / Noel Celis)

There were May Day protests, marches, teach-ins and other activities all over the city yesterday, and around the country. A quick search for May Day photos though, impressed upon me how much more workers in other countries care about their rights and the structure of power. Look at these Filipino protesters burning an effigy of President Benigno Aquino, in fact, check out this whole post on RT.com about May Day celebrations from Iraq to Russia to Indonesia to the Philippines. Other political Twitter buzzings from the morning:

@NYDN Meanwhile, Hillary Clinton is in China, busy helping Chinese activist, Chen Guangcheng, a blind dissident who was placed under house arrest after uncovering the Chinese government’s attempts to force women in rural villages to have abortions, among other human rights violations.

@HuffingtonPost College presidents around the country are pledging 5% of their salaries to fight global poverty. I’m sorry not to see the president of Reed College, the undergrad wonderland I attended on there. I’m also sorry that the “list” of colleges in this article was organized into a cumbersome, click-gathering slideshow.