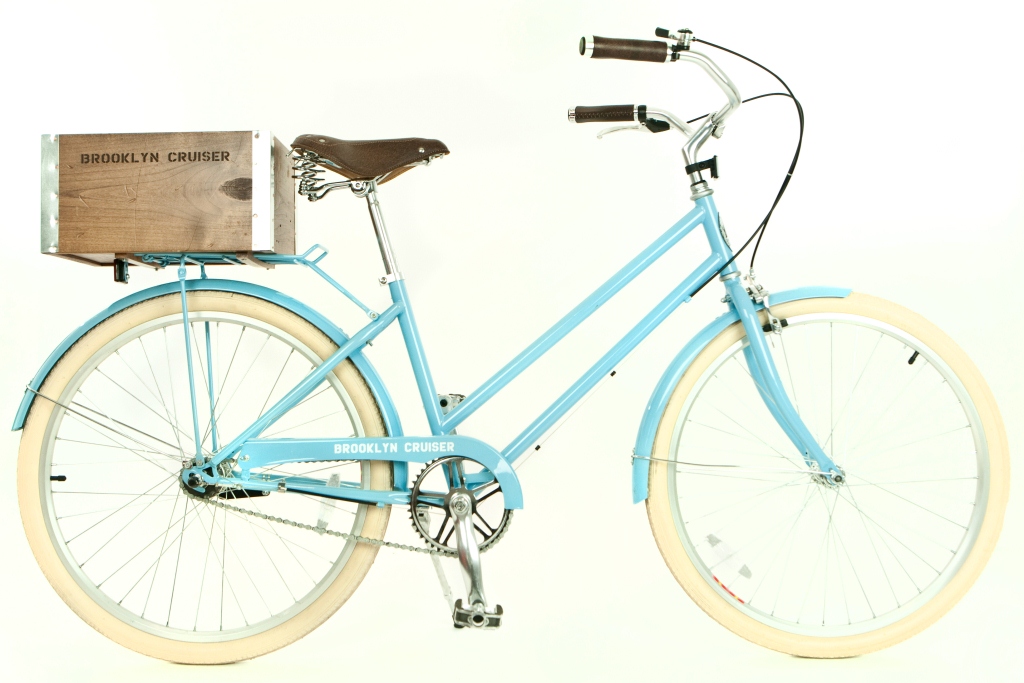 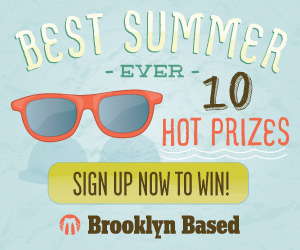 Last chance! You have until 5pm today to enter our Best Summer Ever Contest. In addition to a ton of other cool prizes, we’ll be giving away two tickets to the Bon Appetit Grub Crawl this weekend, AND five sets of tickets for a party bus to the Rockaways this Saturday for Boardrockin‘ a super mellow day of $3 beers from Brooklyn Brewery, sunshine on the boardwalk and ’80s cover band, White Wedding, at Rippers at 6pm.

The other prizes are so good, too–from bike stuff to concerts to movie passes and beach trips—we kind of want to keep them for ourselves. Instead, we’re  saving them for a few lucky new subscribers, or current subscribers who refer friends to our list. In fact, it’s an even better deal for current subscribers, since each time you refer a friend, you’ll be entered. We’ll contact winners at 6pm this evening, May 30.

Click here to enter, or forward this email to a friend who isn’t a subscriber–you’ll both be entered to win when they sign up. And check out the amazing prizes: 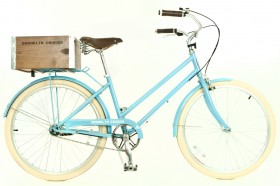 Win the Willow from Brooklyn Cruiser.

Foodies first: Two weekend passes to the Bon Appétit Grub Crawl (worth $500!) in Brooklyn, in which you can eat and drink yourself silly at fine establishments like Maison Premiere, Rye, Frankies, The Good Fork & more!

A sausage party from The Meat Hook–13 sausages (a butcher’s dozen) for your next barbeque (a $40-50 value, depending on the sausages). For extra fun, go butcher’s choice and put your fate in their hands.

A $50 gift certificate to Lobster Joint in Greenpoint. Get two lobster rolls (or a clam roll, or an order of lobster mac ‘n’ cheese), a pitcher of dark and stormies and an order of onion rings  and make yourself at home in their spacious backyard.

Bike Stuff: A bike, for pedaling to the beach or park, your choice of his or hers, from Brooklyn Cruiser!

With a helmet this cool, there's no excuse.

And for safer riding, a handpainted bike helmet from Belle Helmets, a yet-to-be-released new design for summer. Seriously, these helmets designed by illustrator Danielle Baskin, make wearing one cool (you should love your brain enough to wear a helmet, anyway, but these really help).

Beach Times: Five pairs of VIP tickets aboard a luxury bus to Boardrockin’, the Rockaways beach party we’re hosting with Brooklyn Brewery and Rippers on June 2.

Music in the Air: Two premium Northside badges (worth $180 each) that get you into the music, film, and entrepreneurship portions of the festival.

Film Fest: Two memberships to Rooftop Films, which gets you into every regularly priced film of their 2012 summer season.

A pair of tickets to the blissfully air-conditioned Nitehawk Cinema.

Pageturners: Ten excellent summer reads from HarperCollins including celebrated titles like State of Wonder by Ann Patchett, the unputdownable We Need to Talk About Kevin; and two classics, A Tree Grows in Brooklyn and The Bell Jar.