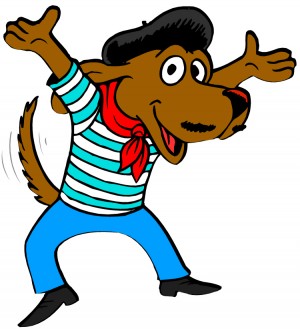 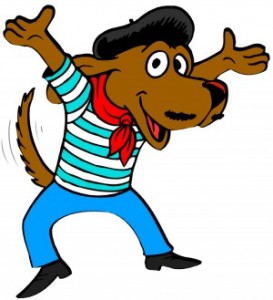 Put “French” into Google images and this is what you get.

I’m no Francophile. In fact, I’m quite possibly the opposite, as the time I spent in France was marked most by drunken scuffles with comparably drunken locals and midnight trips to McDonalds (a restaurant I rarely if ever patronize when on domestic soil) for a taste of home. To be fair, I was during this time: only 20, unable to hold my liquor, and going through a kind of rocky psychological puberty. I’d like to think a trip to France now would be far more cordial.

Culturally, however, I admire the French. I was introduced to the films of Truffaut a year a after my trip to France. I picked up Camus in high school and he remains my favorite existentialist writer to this day. Rimbaud is perhaps the only poet who inspires me to, occasionally and haphazardly, try and scribble down a few lines of poetry.

As a writer, I appreciate the French language for its often sly frankness and flow. It’s hard to articulate what, but clearly the French have a handle on certain aspects of life that we Americans do not. As a result there are a whole slew of words that we’ve appropriated into the English language, words which some you might not even know are French, like brunette.

I was either listening to or reading an interview with author Dennis Cooper (among my favorites) wherein he casually uses the term de rigeur and what followed was a number of ill fated attempts on my part at employing the term in everyday speech. Often French words and terms adopted into the English language are used to describe the complexities of life and art. These words seem to describe the grey areas of life, the details of human existence that the more puritanical might not have been so keen on broaching, like divorce or ménage à trois.

This week on The Freelance Life, some of my favorite French-English words and terms to be used at your discretion. For more on my experiences as an American bare knuckles fighter in France, check out my blog or follow me on Twitter @jonreiss.

avant la lettre: Used to describe something or someone seen as a forerunner of something (such as an artistic or political movement) before it was recognized. The expression literally means before the letter, i.e., “before it had a name.”

So when you think about it, Friendster was pretty avant la lettre when it comes to social networking.

cherchez la femme: “Look for the woman,” when a man is behaving in an out of character or in an otherwise apparently inexplicable manner.

Example: When Pierre showed up at our dinner party with a nice bottle of wine and a new haircut, everyone wondered why he had abandoned his usual six-pack of Coors Light. His roommate, Simone, just shrugged and said “cherchez la femme.”

de rigueur: Required or expected, especially in fashion or etiquette.

His scruffy, but not overly scruffy beard was de rigueur for a Williamsbug barista.

élan: A distinctive flair or style.

You know, I don’t normally go for beards, but he rocks that chin fluff with such élan.

enfant terrible: A disruptively unconventional person, a “terrible child.” Often said with affection. According to Wikipedia, Rimbaud is often considered to have been the prototypical enfant terrible.  For me, it’s every toddler a person decides to bring with them to the coffice–said without affection.

escritoire: Writing desk, spelled “écritoire” in current French. For me, this doesn’t exist. The closest would be the very back table at Variety.

Leaning your entire body up against the subway pole in a crowded train is a major mass transit faux pas.

The way that guy talks so loudly on his cell phone while in line, ordering coffee is just so gauche.

je ne sais quoi: “I-don’t-know-what,” an indescribable or indefinable “something” that distinguishes the object or person in question from others that are superficially similar.

This is a great word to help inarticulate people sound smart. That film had a certain je ne sais quoi.

laissez-faire: “Let do,” often used within the context of economic policy or political philosophy, meaning leaving alone, or non-interference.

Newt Gingrich has a laissez-faire approach to both economics and marriage. For more on Gingrich, see “roué”

I’m sorry but cutoffs at the office come across as louche, not relaxed.

malaise: A general sense of depression or unease.

After Simone was rejected from all 10 of the MFA programs she had applied for, she spent the summer wallowing in a late-20s malaise.

Come on, how awesome?

When someone tried to break into our apartment through the fire escape I freaked out and just stood there yelling, but my roommate displayed remarkable sangfroid–she slammed the window down on his fingers and then called the cops.

savoir faire: Literally “know how to do,” to respond appropriately to any situation.

Notably used in the song “Seven” by Prince (“With their intellect, and their savior faire, no one in the whole universe will ever compare”).