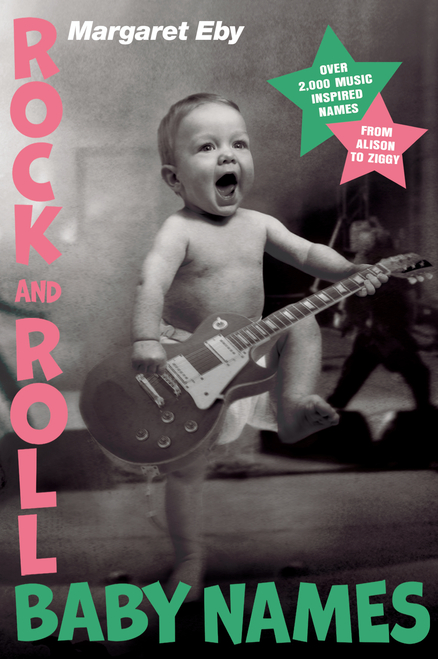 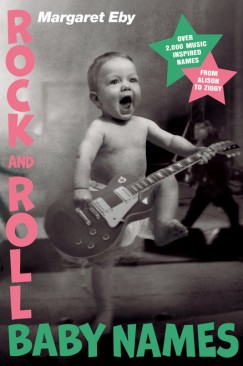 But had my parents consulted this recently published book by Margaret Eby, Rock and Roll Baby Names, when I arrived into this world 37 years ago, who knows what they could have called me. Maybe “Iggy” (as in Pop), “Elton” (as in John) or “Engelbert” (as in Humperdinck)? Thankfully, they didn’t choose that last one.

Rock and Roll Baby Names, published by Gotham Books, is an expanded version of a Flavorwire post that Margaret, a Crown Heights-based writer, first wrote in 2010. It all started when she was trying to find a song that featured her first name.  “I was on a road trip with a friend listening to the radio,” she says, “and I was thinking how many good songs there are  if your name is Lizzie or if your name is Caroline. I’ve been looking my whole life for kind of an anthem, like “Superfly” or “Green Onions” just for ‘Margaret.’ ”

Alphabetically listed, the book is divided into chapters each devoted to a decade of rock and roll, from the ‘50s (“Wanda,” “Fabian,” “Presley”) to the present (“Adele,” “Rhett,” “Wyclef”). In between are names from heavy metal, punk and hip-hop as well as sections such as “Funky Baby Names” and “The Weirdest Rocker Baby Names.” Each name is defined by its origins, its rock and roll meaning, the artist or the song it is related to, and a piece of trivia called “liner notes.”  In total, there are more than 2,000 names in the book.

To Margaret, the book’s audience are expecting parents and music geeks. “I think there are so many people looking for names that are interesting and unique,” she says. “I think now more than ever, a lot of the sources are pop culture more than flipping through a name book where all the names come from Greek, Latin and French roots. It’s for people who are interested in naming their children after an element of pop culture they love.” 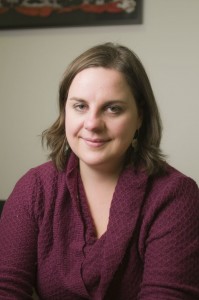 Each name in the book is defined by Margaret, who bases it upon the artist’s history and persona. For example, she defines Yoko as “a muse, artistic, might break up the band,” and Bowie as “funky, glittery, glammed out.”

“I kind of looked at what the lyrics said about every name and tried to incorporate all of them,” she says. “For ones like ‘Bowie’ and ‘Yoko,’ there’s a very clear source for those names.  It’s obviously inspired by that artist rather than a specific song. For ‘Yoko’ and ‘Madonna,’ there’s really only one. So if you’re naming your child Yoko, that’s who you’re thinking of at least in terms of rock and roll.”

For every unique rock and roll name, there are also nicknames that are decidedly uncool, like “Buckethead” and “Skunk,” says the book. “I was looking through ’50s names, and there are some that have gone out of fashion for a while,” says Margaret. “Now everyone is naming their kids Violet, for example–names that are associated with grandma names that are now cool for a little girl. There are some that are just not gonna come back and really shouldn’t come back, like ‘Johnette’ and ‘Werly.'”

Of course, the most memorable songs are those that feature people’s first names in them, especially the female names like “Alison” by Elvis Costello, “Peggy Sue” by Buddy Holly, “Rosanna” by Toto,  and “Michelle” by the Beatles. “I think it’s because in the beginning, rock as a genre was a very male-dominated genre,” says Margaret. “Early songs like ‘Peggy Sue’ and ‘Maybellene’–they’re all odes to women or laments about women, they’re not written from a woman’s perspective.”

Asked about how she arrived at the definition of her first name (“flighty, brave, a good listener”), Margaret says with a laugh that she researched hard and long for personal reasons. She cites the Neko Case song, “Margaret vs. Pauline.” “It’s about Pauline, who is this effortlessly put-together popular girl, and Margaret is this hard-scrabble girl who is trying really hard, really courageously putting up with things, not quite making it. And I think that’s where ‘brave’ came from.”

Margaret acknowledges there are some hazards in naming a child after a song or an album. “I have a friend named Aja spelled after the Steely Dan album,” she says. “She was like, ‘You have no idea how many times people have used the term “dime dancing” with me when introducing myself.’ On the other hand I have a friend, Jenny, who’s named after that Donovan song, ‘Jennifer Juniper,’ and she loves that song. If it’s too specifically linked to a hit, it becomes problematic. But if it’s something inspired by something you love, or an artist you love or an album you love, I think it can be a really nice tribute.”