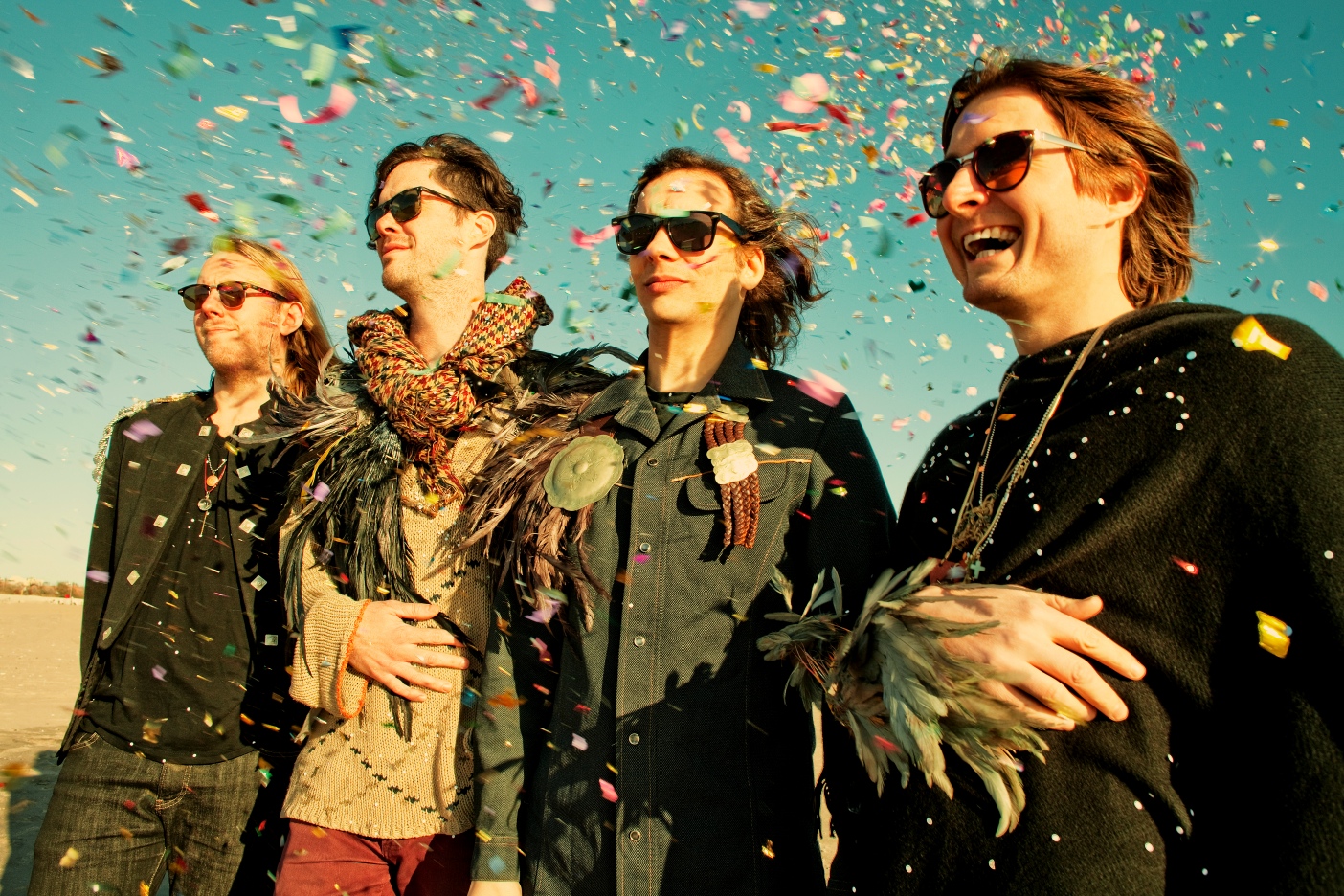 The Ditmas Park band Chappo hasn’t followed a conventional path to your playlist. Before being on a label, getting a manager, or hiring a lawyer, says keyboardist Chris Olson, their song, “Come Home,” was featured in an iPod commercial in 2010. Friends and bloggers kept posting the track online, and it made its way into the hands of an A&R guy, and then ended up with someone at Apple.

“That was interesting for us,” says Chris, “because we had just put out the EP [Plastique Universe] on our own a couple months prior. There were almost no parts of the operation set up when Apple came to us. It was really fortunate–a lot of people were able to hear that [song] kind of accidentally.”

And now there’s more. Moonwater, Chappo’s first full-length album, comes out today. It’s an atmospheric yet exuberant record that at times recalls ‘80s electronic pop and ‘90s Brit rock. In fact, as Dave acknowledges, “I could hear the ‘80s. One of the demos is actually called ’80s songs’ for a while.” 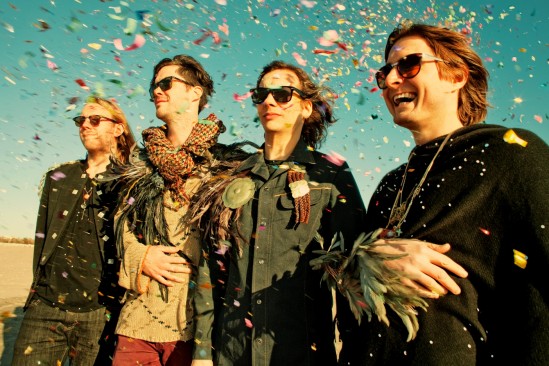 “We’re always interested in what people hear in this new group of songs,” says Chris. “It’s definitely all over the board as far as what we were listening to when we recorded it. There’s definitely ’70s German krautrock, dance stuff, ’60s psychedelic soul influences. We’re interested in what kind genre people hear in all of it because we feel like there’s a bunch of different things people can hone in on.”

Leading off the record is the energetic, dance-like number “What Are You Kids On?” “When you look back at the past as a night that kind of defines your youth and it feels like it goes on and on forever,” they sing. The bad explains the song, saying, “It was a collage of different instances or moments or events from the past where it was a night that goes on and on–whether it’s like getting lost in a dumpster behind some store you’re not supposed to be with or jumping over a fence into a weird yard. It was a kind of way to tie together a bunch of nostalgic ideas from childhood and throw them into one song.”

Chappo’s encounter with Native American writing and culture is also a factor on the record.

“A lot of the general spirit of the record–like there’s kind of stemming from maybe the tribal elements and stuff,” says Chris, “maybe some kind of voodoo vibes or whatever, a tribe of indigenous people on another planet having a big dance party. There’s probably some of that to tie through different tracks.”

Before coming to New York the band members,  Chris Olson, singer Alex Chappo, guitarist Dave Feddock, and drummer Zac Colwell, lived all over the country–two of them came here from Seattle, one from Baton Rouge, and the other from Austin.

“At the time, Alex and I were roommates in the East Village,” says Chris. “Dave was a friend of ours as well. At the time we all met, we were all in different bands. There may have been three or four different bands at the time that everybody was involved in. Things kind of ran their course and the timing worked out for us to start working on things together.” Adds Alex: “Chris was pretty much my portal in to meeting Zac and Dave as well as a bunch of other mutual friends.”

“I think when we all kind of found the opportunity to live in a neighborhood out here in Brooklyn, it was a welcomed thing for us,” says Chris.

With the record due out soon, Chappo will appear at shows, including Bonaroo. Asked about how they feel about having a new album under their belts, Chris says: “We’re all looking forward to it. It feels like with the full length, it’s gonna be more of a proper start to things.”
Chappo will be playing at Dominion NY, 428 Lafayette St., New York, NY on May 15, 8 pm , $10.