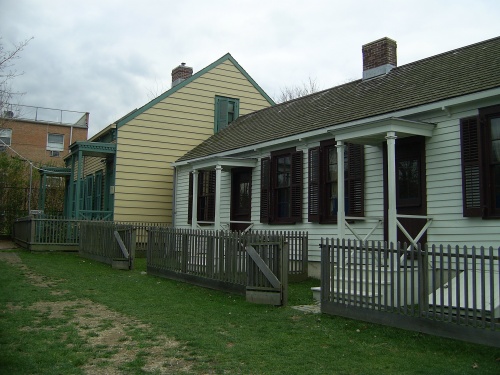 The biggest surprise upon visiting Weeksville–one of the country’s first free black communities, formed before the Civil War–was that it was only recently “discovered” when a historian from Pratt went searching for it with a local pilot and spotted it from an airplane in 1968.

Today a visit to the Weeksville Heritage Center still feels like a huge discovery that’s being peeled back. Much of the finds from 50 years of excavation will be on view in the future 19,000- square-foot Education and Cultural Arts Building, still in construction and slated to open next year.

In back is a sloping lawn where there are farmers markets, concerts and outdoor parties (Theophilus London made an appearance last year; next up is a Jazz concert with British soul singer Omar on June 3).

Right now, though, the real jewels of this once 500-strong community are four historic homes, known at the Hunterfly Road Houses. Three of the four houses are open to the public (one is used as the center’s office). Each is interpreted to represent a different era in Weeksville’s history, which began when James Weeks, an African-American longshoreman, bought this plot of land in present-day Crown Heights (or Bed-Stuy, depending on your vantage point) in 1838, 11 years after New York State abolished slavery.

Right now, until May 21, you can help Weeksville get the grant money it needs to make its remaining structures even more interactive, via the Partners in Preservation campaign. There is $3 million in preservation money up for grabs, and if Weeksville gets enough public votes, they can get the money they need to rehabilitate a 1930 shed with an an aquaponics food growing system and recreate a c.1870 root cellar to start a canning program. Both will be hands-on educational spaces for the community, involving workshops during its Farmers Market (on summer Saturdays starting June 2) and demonstrations for kids. 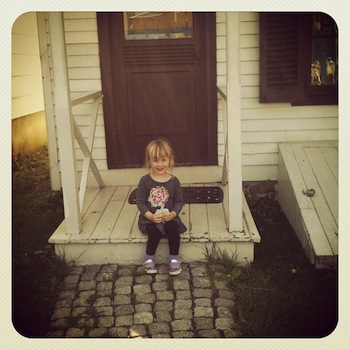 As a mom who brought her easily distracted toddler to Weeksville for one of the 3pm tours (held each Tuesday through Friday), having more exhibits to engage with will make Weeksville even more fun for kids. And providing the community with more environmental and food education–not to mention actual canned goods–will be a great service, too.

You can vote once a day for Weeksville–or any NYC landmark you love–here. And when you do, tell us in these comments. You could win a $50 gift card from American Express just by voting.