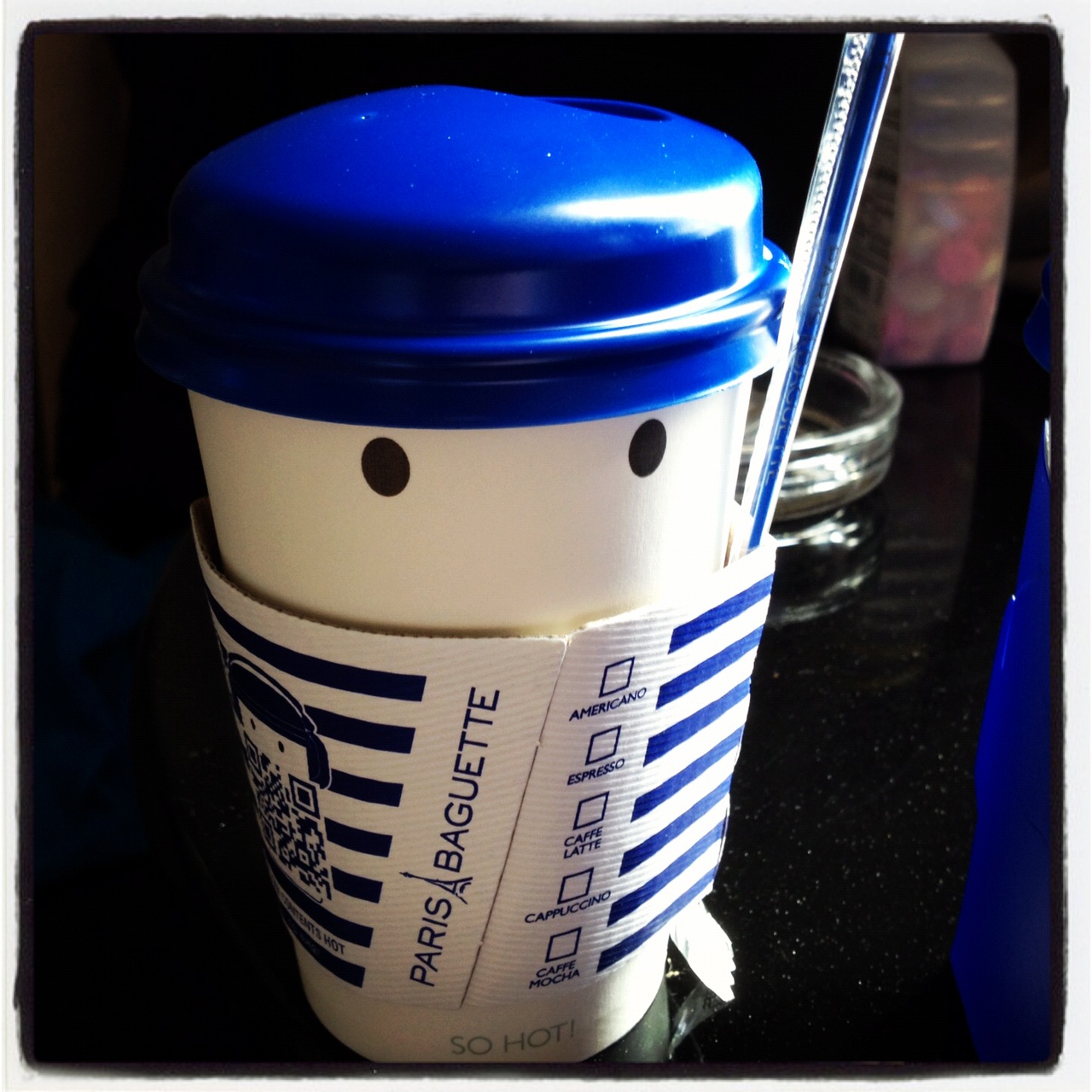 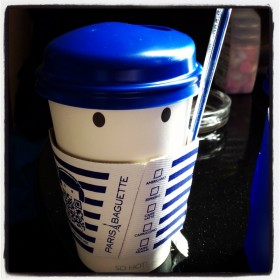 Paris Baguette, nominee for best to-go cup. Too bad they're only in South Korea.

Sometimes, you just got to stick with what works, which is why this week I’ve chosen to delve back into the subject people most consistently ask, text and tweet me about: coffices. The work I’ve done rating coffices here on Brooklyn Based has been thorough and complete, but the terrain is ever changing and therefore needs to be constantly updated. Williamsburg, my home base, is one of the most heavily cofficed areas in Brookyln. Each Williamsburg coffice has its up and downsides. Today, I begin the First Semi Official Coffice Awards for Williamsburg proper where we pick out which coffices do what best. If you live off the Bedford-Morgan L Train stops, this applies to you. If you agree disagree or want more coffice or freelance nuggets follow me on Twitter @jonreiss or for more of my work, visit jonreiss.tumblr.com.

Best Coffee: Gimme Coffee, 495 Lorimer Street or 107 Roebling Street
Gimme remains the very best coffee, not just in Williamsburg but in Brooklyn period, and at this point I believe I’ve tried everything. I’d love to taste a brew that challenges Gimme’s drip or espresso but I’ve yet to find anything that comes close. On your first visit to Gimme you may find yourself at the coffee dispensers, unsure which of the two coffee varieties to go with. My favorites are as follows: Mocha Java, Piccolo Mondo, La Providencia Huehuetenango and Leftist.

Best Internet: Variety, 368 Graham Avenue
The runners up in this category are often in flux but Variety pretty steadily has the best Wifi in the area. It can be tricky, but generally if your wifi stops working at Variety, turning the airport on and off (winking, they call it) fixes it right away. Variety’s internet is not only the fastest, it’s non-restrictive and most dependable. Face it, there’s no coffee shop that you can walk into on any given day and be positive that the internet is going to work. However, what’s good about Variety is, if the internet isn’t working, Blue Stove, the runner up in this category is right around the corner.
Runners Up: Blue Stove, 415 Graham Avenue and Orwell, 247 Varet Street

Best Sweet Treat: Blue Stove Buttermilk Muffins, 415 Graham Avenue
A perfect muffin is a near mythical discovery but I recently found the closest thing to it in Blue Stove’s buttermilk blueberry muffin. With a smattering of sugar on top, big fat and juicy blueberries and the fluffiest inside you could imagine, this thing will make its way right into your dreams soon after you try it.

Best Doughnuts: Tie, Dough Doughnuts at Gimme Coffee, 495 Lorimer Street and Dun-Well Donuts at Dun-Well, 222 Montrose Avenue
Certainly donuts deserve their own category due to their historical inextricability from coffee. Dun-Well would have been an obvious winner with its amazingly light creations that though decadent, don’t leave that gross shortening aftertaste in your mouth. I never believe in the myth of vegan baked goods that are as good as their non-vegan counterparts but this doughnut is legit.

I didn’t think it could be done, but Dough donuts are somehow about as light as Dun-Well. It seems the bakers at Dough are able to show a restraint with the sugar and fat that no doughnut makers before have been able to muster. With a super sweet outside and doughy, nearly savory, fluffy inside, these donuts make all those before them seem like lower evolutionary beings.

Best Kept Secret: Boulevard, 253 Bushwick Avenue
Originally I thought this category would be best outdoor seating, as that is the key to what makes Boulevard such a find, but it’s really the combination of the beautiful outdoor seating area and the fact that it’s rarely crowded. Since the original Coffices, Boulevard has improved their Wifi and switched their coffee over to La Colomb. The new and improved Boulevard would now find itself with a far higher rating than it was originally given.

Best Baristas: Gimme on Lormer, 495 Lorimer Street
There are a lot of really nice baristas in Williamsburg; there are even more not so nice baristas in Williamsburg, but in this category “best” is a combination of niceness and ability. Gimme does have the best espresso in town but that’s partly because of the skill of their baristas. Also, the baristas at Gimme are most likely to give good conversation. They’re also the most likely to help you with your bike if you need, or give you directions. In short, they don’t treat you like they hate you for being there, which is a nice change of pace if you do a lot of cofficing.

Most Comfortable: Orwell,  247 Varet Street
The layout of Orwell is fantastic, and their couches make for some of the most comfortable seating of any coffice in the area. Unfortunately they suffer from bean problems. This is however, a great place to get a tea and do some work.

Best by Bedford: South 4th,  90 S. 4th St.
The Bedford Avenue of yesteryear, the one with the used bookstore across from Spoonbill and Sugartown (what was it called?) as well as Reel Life and Read, was great place to bring your laptop and people-watch during breaks. Now, not so much. In fact, it can be very difficult to find a good coffice near the Bedford L. South 4th, may look more like a bar or social club than a coffice but it functions perfectly as such and with some of the best Wifi in town.
Runner Up: Atlas (116 Havenmeyer St.,) save for the overcrowding [ed. note–and frequently unpleasant employees]. What was the term The Times coined again? Laptopanistan?