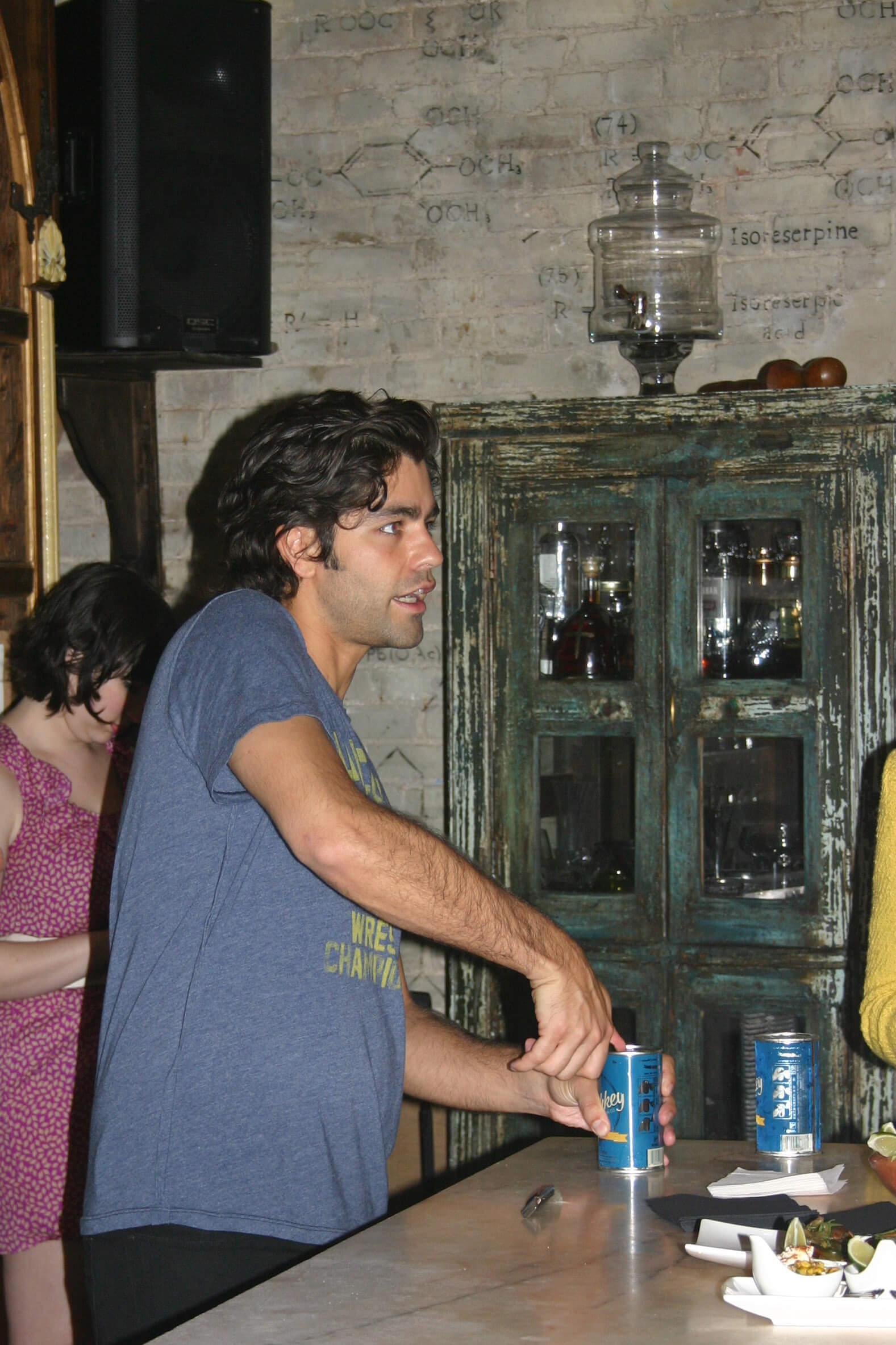 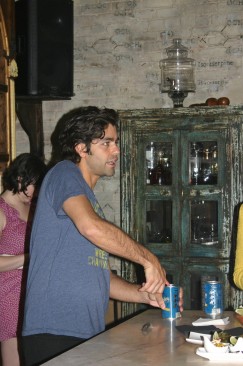 Churchkey Can Co., the new beer venture co-founded by actor, musician and Clinton Hill resident Adrian Grenier, is bringing back its old-fashioned namesake. The churchkey was used to open flat top beer cans from the mid 1930s until the mid 1960s, when pull tabs were introduced. So it seems appropriate that his Churchkey business partnership with Portland-based graphic designer Justin Hawkins started simply “over a handshake and a beer,” Grenier says.

A churchkey is included with every six-pack of 12-ounce pilsner-style Churchkey beers in steel cans, complete with opening instructions. The retro label notes the beer was “est. recently,” and the tagline promises, “It’s worth the effort.”

For Brooklyn, it also has to be worth the wait until later year, when the beer becomes available on the East Coast. Then, Grenier says, “I get to have some beer in my hometown.” The beer is available in Portland and in Seattle, where it’s brewed at Two Beers Brewing Co. Churchkey rents space from the brewery for its six 60-barrel fermenting tanks, which Two Beers head brewer Joel VandenBrink fills with beer brewed to the recipe specifications of Portland home brewers Lucas Jones and Sean Burke.

Once the idea of the beers was agreed upon, says Grenier, “It’s all come together relatively easily.” Hawkins spent time at Jones’ home for barbecues, and when the two needed a recipe, he says, “Those guys were the first guys that came to mind.”

The Czech-style beer has notes of bread, citrus, grass and spice. “It’s very light and very accessible to a wide audience,” Hawkins says. “I’ve had many women come up to me and say, ‘I don’t like beer, but I like this beer.’” Adds Grenier, “You can drink a lot of it on a hot summer day.” The suggested retail price for a six-pack is $9.99–though we wonder whether that will be the case in Brooklyn bodegas whether beer prices tend toward the premium.

Grenier, Hawkins and Ryan Sowards, Churchkey CEO, set out to “make a great craft beer but put it in a new and unique package that nobody had had in 50 years,” Hawkins says. It also puts a twist on the can trend in craft beer. Hawkins notes that the pair researched a lot of “traditional beers back in the day” of the churchkey era, with the aim to make it current for today. The blend of old and new can be seen in the six-pack’s cardboard box, open on the ends to mimic past packaging, but the recycled chipboard and sustainable vegetable-based ink materials give it green update.

Eco causes are important to Grenier, who also is co-founder of SHFT, a green lifestyle website, where you check out his venture into the wine business with SHFT house wines. The former Entourage star and current Honey Brothers member also added eco-friendly updates such as solar panels to his Clinton Hill home he purchased in 2005.

The steel is an eco-friendly choice for the can; steel is North America’s most recycled material and can be recycled again and again. The steel also has an unexpected benefit: It keeps the beers colder. “That way you don’t need your little blue mountain on the side of the can to tell you when it’s cold,” Hawkins jokes.

With the profusion of mustachioed bartenders in arm suspenders in bars and a general interest in handcrafting in the founders’ homes of Brooklyn and Portland, some of the newest trends seem to come from the past. Grenier says he thinks people are looking for a sense of community and a return to simpler times. “In a digital world, the technology almost dehumanizes us or separates us,” he says.

Grenier says, “Churchkey is inevitable. If we didn’t do it, someone would have. I just don’t know if they’d do it as well. I’m really proud of what we’ve done, and if a comet hits and we all go tomorrow, I would be proud of what we did.”

Hawkins says, “We’re creating something that people don’t even realize the want until they see it. Until they bring it to the party and their buddy is like, ‘What the hell is that?!’”