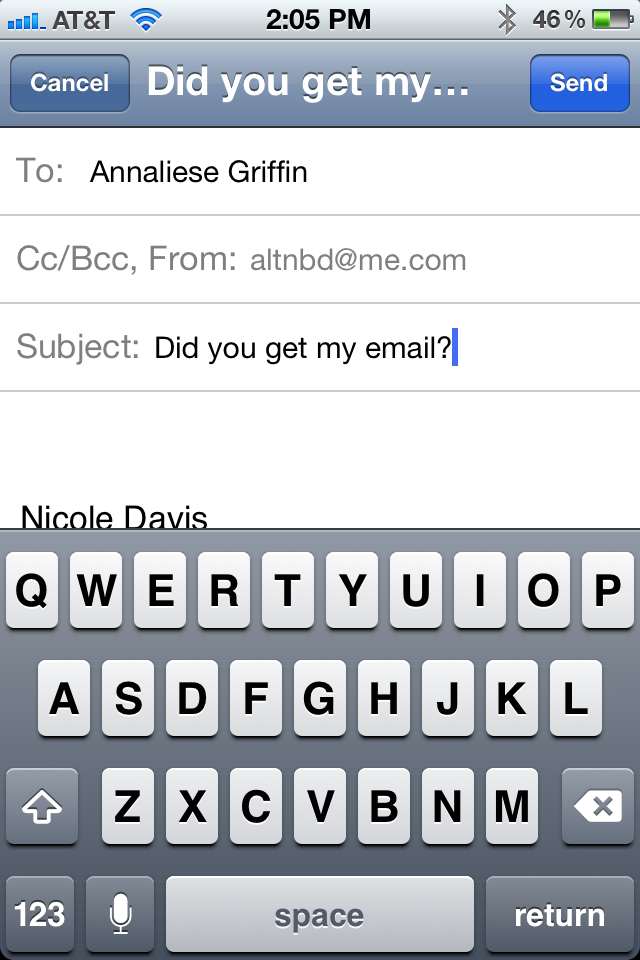 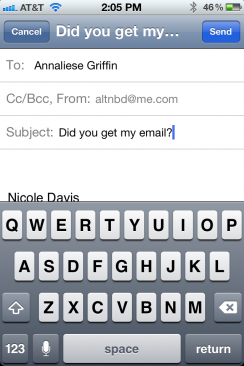 To pester, or not to pester? Dot has the answer.

I often find myself in a quandry after I have sent an email (that I’m pretty sure has gotten through to the recipient) and wait a sufficient amount of time, but receive no response. I recently hosted a potluck in the neighborhood, even sent a pleasant follow up reminder, but didn’t get an email back from at least a quarter of the folks. Not long ago I sent an email to a “friend” offering them to stay at our house and yet again heard nothing back. It makes me want to write something snippy, but I don’t. And I run out of ways to sound cheery and not like a stalker when I do send a follow up email. Has this just become more common?

The short answer is unfortunately yes, so try not to take it personally. As we all know from the approximately one billion articles that have been written on the subject, the cost of our increasing reliance on email and texting to communicate is the loss of, you know, actual face-to-face human contact, and it’s a lot easier to act like a jackass if you don’t have to deal with the immediate embarrassment occasioned by having to stand, red-faced and sweaty, in front of the person you have just been a jackass to. Of course your neighbors should have responded to your mass email about the potluck, but think about how much easier it was for them to blow off your invitation than it would have been if you had called them individually or knocked on their doors. They probably received at least a hundred other emails that day, most of them read on an iPhone or Blackberry while they were in the middle of doing something else, and between all the Groupon offers for 67% off laser hair removal and LinkedIn updates, your email could have been a transient blip on their radar. I certainly don’t mean to let people off the hook for rudeness, but, like it or not, the game has changed, and it’s better to adapt than to go down harrumphing about the end of civilized communication. Frankly, the problem is so widespread that it would be hard to take each offender to task without eliminating an entire contact list of otherwise lovely, thoughtful people.

Where does that leave you, you ask? A potluck consisting of 7 people bringing 7 different kinds of dip sounds fun and all (actually it sounds kind of amazing), but you would understandably prefer a little more method to your madness. Next time, try putting people on the spot and I guarantee you will get more responses. An email that asks guests to add their names and the dishes they plan to bring to a public list is much harder to ignore than general plea addressed to an endless list of Gmail accounts. For the same reason, you might consider adding a date by which a response is required, and then sending a follow up email before that date reminding everyone it’s their last chance to get in on the sweet potluck action.

To the extent that bad manners are relative, I would classify your friend’s decision to ignore the invitation to stay at your house as ruder than the potluck crew’s lapse in etiquette. It was an individual, personal invitation to someone who I assume you consider a close friend and it was extremely poor form for him or her to treat it so cavalierly. That said, even Emily Post must have been excused a misstep or two. This is one of those times where context is relevant. Is this someone who is a repeat offender in this regard? If so, it might be time to put that snippy reply fantasy into action. If not, you can always just forward your original email with a note that says something like, “Did you miss this email? Please let me know if you can make it.”  Anyone who is reasonably self-aware should pick up on the fact that he or she screwed up the first time around and will (presumably) try to avoid a similar mistake in the future.

Guilty of missing a few emails myself,

Got a question for Dot? Submit it here or tweet her @Dear_Dot: