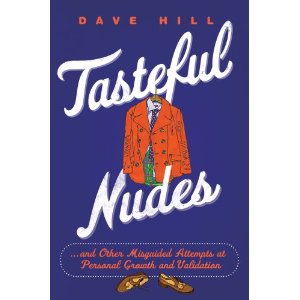 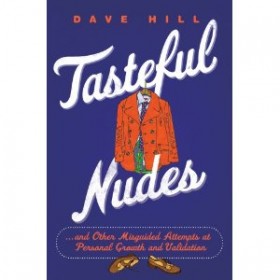 UCB fixture Dave Hill, who is an accomplished comedian, journalist, rocker, and tweeter, has a new book of essays out this week called Tasteful Nudes, and it is very, very funny. Several times over the past week, I have been the weirdo laughing out loud on my subway commute thanks to Hill’s remarkable ability to translate stories from his life–from being hazed by meatheads on his high school hockey team to the time he reported on a nudist group’s dinner party on a boat in Sheepshead Bay–into exceptional, expertly understated comedy. You don’t have to take my word for it though, as the book comes with glowing advance praise from the likes of Malcolm Gladwell, Ira Glass, John Hodgman, and Janeane Garofalo. If you are looking for something to do tonight, Hodgman and Garofalo will be teaming up with Hill, as well as Jon Benjamin, Guided by Voices’ Doug Gillard, and Tab the Band, for a book release party at the Bell House. Tickets are $10 in advance and $12 at the door, which is a great price for such high caliber entertainment. If you can’t make it, buy the book and check out the fun trailer that Hill made to promote it, which has been making the rounds on the Internet this week.