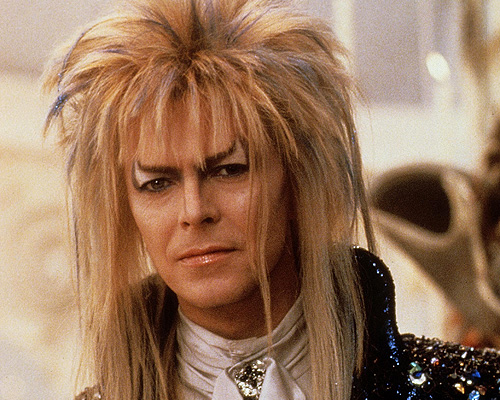 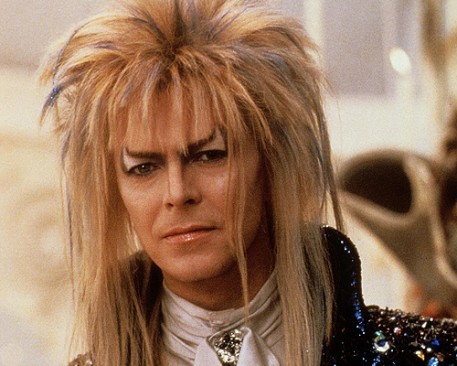 I had plans to go to the beach tomorrow, and the weather forecast isn’t actually all that bad, but it’s been so unpredictable, soggy and gross for the past few days, I just don’t want to get all the way out to Rockaway Beach, or Long Beach for that matter, just to get one of those weird hazy day burns.

So what to do this weekend?

Go see Labyrinth at the Nitehawk. Or rather, watch The Raspberry Brothers try to figure out what a goblin king would want with a human baby–and a teenage girl.

When I was a kid my sisters and I somehow got our hands on a VHS tape of Labyrinth (our family was not the sort that had a large collection of video tapes) and we probably watched David Bowie and Jennifer Connelly’s weird love affair twice a week. Then later, we ended up with a stepmother whose eyebrow stylings, makeup application and hair choices greatly resembled the goblin king’s. We even started referring to her as Jareth. Also, I once cornered Doug Martsch after a Built to Spill show to ask him about the lyric, “My stepfather looks, just like David Bowie, but he hates David Bowie,” as an excuse to tell him about how my stepmother looked just like David Bowie, but the Jareth David Bowie.

Anyhow, beyond my own personal bizarre relationship with the movie, let’s consider the premise for a second. A flighty, petulant teenager who hates her stepmother and resents her new half-brother wishes that a goblin king would kidnap said brother, and since, conveniently, there just so happens to be a goblin king who seems to be somewhat in love with her, the baby vanishes. She then has to get the baby back while learning life lessons about loyalty and friendship from creepy puppets.

No one’s quite sure what they want here or how to get it. Sarah, it seems, would like to not have a stepmother. Or to already be a grownup so she can just get way into live action role playing games and not have to babysit all the time. Jareth wants…a baby? A child bride? A child bride with a goblin baby?

In any case, I’m totally going to let a couple comedians trample all over one of the weirdest childhood foundations of my pop culture reference set, while drinking a bloody mary. Maybe more than one.