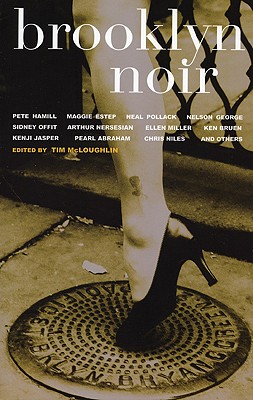 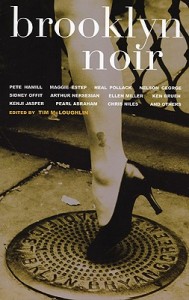 Read about Brooklyn noir, and more, on The Contextual Life.

A few weeks ago on The Freelance Life we introduced on new series in which we delve into the RSS feeds of notable Brooklyn writers and editors.  The RSS feed is your ace in the hole as an editor in the ever-so-crowded blogosphere. Having a well stocked-feed could be the thing that distinguishes your blog from the rest.

For the first official What’s in an RSS Feed, we took a look the Lit section of my personal RSS feed and came up with a list that included heavyweights like Vol.1 Brooklyn, The Rumpus, Largehearted Boy, HTML Giant and The Contextual Life.  Follow me on Twitter for more Freelance Life Bits or check out my Tumblr for some of my arts and culture and fiction writing.

One of the selections from my list of lit blogs check daily was  The Contextual Life, a book blog that ties music, film,and even tech into the literary discussion.  This week we have the brain behind TCL, book publicist and blogger Gabrielle Gantz to give us a peek into her RSS feed, in hope that we might find some perspective as to what makes her digital life so contextual.

Anyone who follows me closely on Twitter knows that between 6 and 7am I tweet out a bunch of arts and culture related links. This is my heaviest news reading time. I generally start with The New York Times’ daily email that lists all the lead stories of the day. While I find this to be a good foundation for what’s going on in the world, a large chunk of my news searching is done elsewhere.

I’m almost ashamed to admit it but most of my reading is meant for my Twitter audience–and for that I follow something of a social media Golden Rule: if you don’t find it interesting, don’t post it. With that in mind, I have a few sources that consistently offer great content.

Although it’s in my nature to jump from one site to another, grabbing from “first sources” as they say in the academic world, aggregators are incredibly useful. These are the people who pull from all different sites and post it on theirs (with attribution). One such site is The Browser, based in the UK. They have a bunch of categories ranging from politics to science to travel to arts and entertainment. They’ll lead you all over the internet but also have this awesome series called FiveBooks where they ask an expert to recommend five books on a topic. It’s not just a list, as a lot of sites are doing these days (which is fine, sometimes all you have time for are bullet points). At The Browser, a reporter calls the person to discuss why they chose the books and then transcribes the conversation. It’s brilliant.

Another good aggregator is Arts & Letters Daily, which is part of The Chronicle of Higher Education (but looks nothing like its parent site). These links are more literary. To give you an idea, they grab from the Times Literary Supplement, The New Republic, and Open Letters Monthly. They also have a lengthy blog roll on their sidebar if you really want to get nutty about things.

Next up is Design Taxi. I always post something from them and it usually gets the most retweets. They have an odd mix of “lifehack” tips–how to be creative or productive–and nerdy visual stuff–infographics and LEGO re-imaginations. If websites were friends, DesignTaxi would hang out with Laughing Squid and BoingBoing and then grab coffee with Lifehacker.

Staying with aggregators, I am continually amazed by the daily link roundups from the science fiction and fantasy site SF Signal. Charles Tan, a blogger from the Philippines, puts it together for them and, honestly, I don’t know how he does it. Everyday you’ll find links to interviews, reviews, writing tips from authors, and commentary on the publishing industry. I think the science fiction community is the most engaged literary community out there. Anyone who doubts me needs to visit this site.

Going back to email newsletters, Scientific American’s is great. I feel like those guys are having a lot of fun with news and discoveries. Their headlines are always provocative — like how psychedelic mushrooms combat depression–and they have a really cool blog network set up with a ton of people writing for them.

Finally, and I know I’m going over my limit here but, it wouldn’t be right if I didn’t give shoutouts to the Smithsonian Magazine website and The Atlantic’s entertainment section. I always find something worth sharing from them.

And don’t even get me started on podcast subscriptions …

Gabrielle Gantz is a publicist at Picador by day and an arts and culture blogger the rest of the time. You can read her weekly posts at The Contextual Life and follower her on Twitter at @contextual_life for more links than you’ll know what to do with. She’s also on Tumblr.