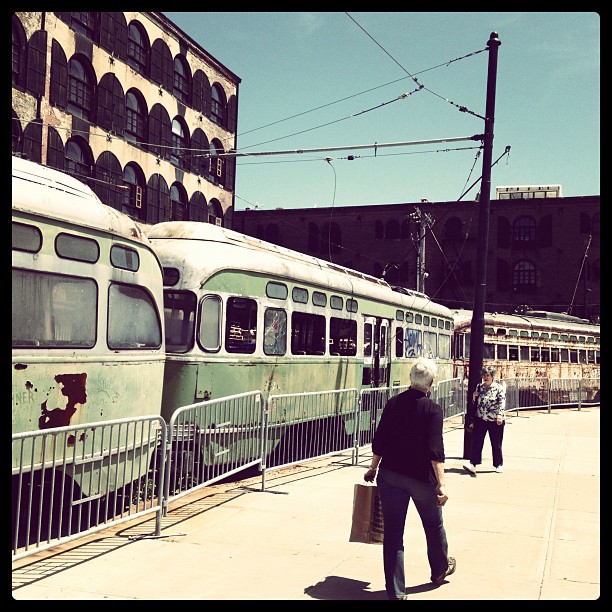 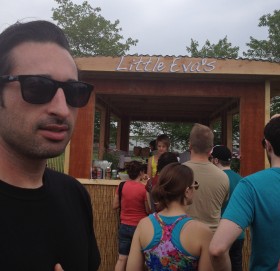 Another month, another round-up of some of our favorite posts from the Brooklyn Based blog, where we post about food, music, books and the Brooklyn news of the moment.

The ever-prolific David Chiu, took a moment to break from his usual routine interviewing Brooklyn bands for his column, Keep an Ear On to speak with Grub Street editor Alyssa Shelasky about food, love and her new book, Apron Anxiety.

Nicole Davis got the scoop on Little Eva’s, the new beer garden at Governor’s Island from the folks behind Kevin’s in Red Hook. You can now enjoy a beer or glass of wine and some oysters at Picnic Point after taking the free weekend ferry from Pier 6 in Brooklyn Bridge Park, or the East River Ferry (for $4 each way) on the weekends.

In other al fresco snacking news, Kate Hooker’s diary of the Great GoogaMooga makes for some seriously hilarious reading, no matter what you think of the foodie frenzy that went down in Prospect Park a few weeks ago. Our To Go columnist Brendan Spiegel, meanwhile, covered a few delicious snacks that deserve more hype than they typically get at Arancini Bros., Waffle and Wolf, and the new-ish Primrose Cafe. And Events Editor Casey Acierno covered the one-year anniversary of Local Roots, a CSA that knows how to throw down.

This month Jordan Galloway found some of the most entertaining people ever to interview for her column, What’d You Do This Weekend? She spoke to cab driver-poet Modesto Jimenez, orgy-organizier and storyteller Jefferson, and jazz musician and player to the max, Emanuel Gibson. 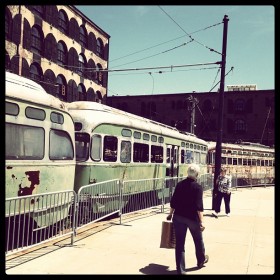 It was also a good month for photos. We put together a slideshow from The Total Red Hook Immersion, including some great shots from participants in the Immersion photo safari. Photographer Liza Eckert also took a ton of great Red Hook photos, as well as shooting the tribute mural to MCA in Midwood.

For the latest Lit Lovers column, Jack Palmer reported back on a jazz-filled book party at WORD for Emily St. John Mandel, who read from her latest book, The Lola Quartet. She reads again from it June 12 at Greenlight.

We also dispensed plenty of advice, and a few opinions, on the blog in May. Though it’s been getting rave reviews elsewhere, our theater fanatic, Katya Schapiro, didn’t care for The Caretaker, though she’s excited for this weekend’s Bushwhack performance series, starring that same cab driver-poet mentioned above, Modesto Jimenez.

In the latest Dear Dot, our advice maven provided some welcome perspective on how to respond when the person you email doesn’t write back, like, ever. Feel free to hit up Dot for advice, too–tweet her @Dear_Dot or use this anonymous form.

And in his column, The Freelance Life, Jon Reiss suggested a few sites that should be in every writer’s RSS feed, and then asked Gabrielle Gantz of  The Contextual Life to share with us her favorite sites for staying on top of all the internet has to offer. Asking someone to share their feed (or twitter lists or Google reader) is like saying, “What does the internet look like to you?”